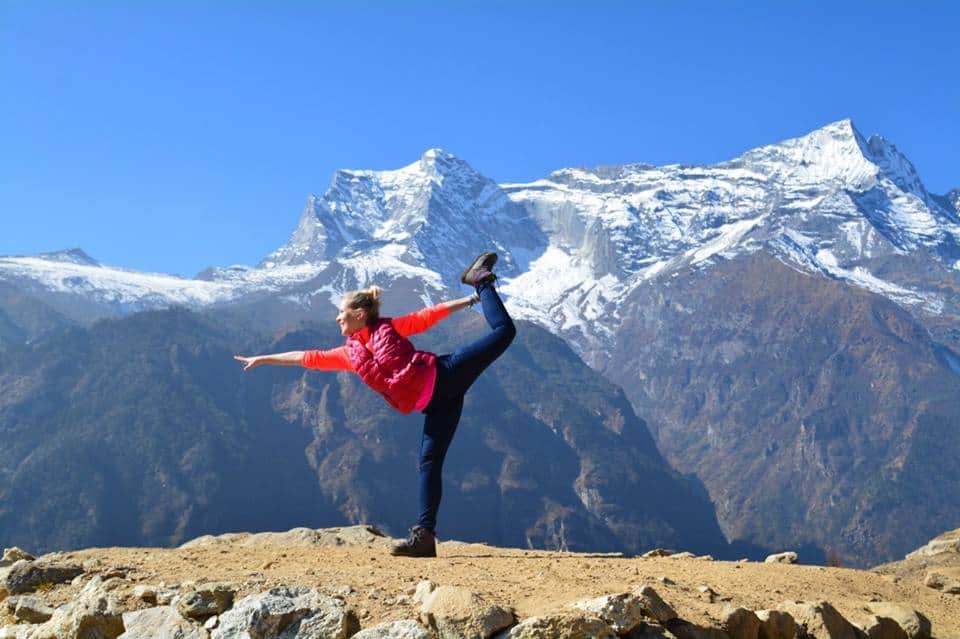 Does Yoga Really Help With Depression?

Does yoga really help with depression? “In any given year, a shocking seven percent of American adults suffer from at least one episode of major depression – and yet, despite its prevalence, depression is still a highly stigmatized disease and one that sufferers often struggle for years to overcome. Many people affected by depression are constantly experimenting with medications, dosages, and therapies, and eventually, end up with a cocktail of drugs and a counselor on speed dial.

But while medication and therapy are key for many people, sometimes an important piece of the puzzle gets neglected: lifestyle.

Does Yoga Really Help With Depression?

Physical exercise, meditation, and relaxation techniques help many people deal with depression, as well as related issues like stress, anxiety, and low self-esteem. Recently, yoga has become popular as a “treatment” for depression – but how effective is it, really?

The short answer is that we don’t really know. There aren’t a lot of scientific studies on yoga, and many of the ones that have been conducted had serious flaws, such as looking at a very small number of people. Still, the evidence on yoga and depression that currently exists is promising. To provide an idea of what may be possible with yoga, let’s take a look at some of the recent research.

Studies on Yoga and Depression

In San Francisco, one recent study looked at adults with major depression who weren’t receiving any treatment or doing any other mind-body practices. Among participants who did hatha yoga twice weekly, depression became less severe over the eight-week study – and they saw a bigger decrease than other participants who received attention control education twice per week instead. Of course, it’s hard to parse out whether the effect is due to the physical exercise that yoga provides, or to something unique about yoga in particular.

Another study, this one on women with diagnoses of depression, however, compared yoga to walking. For twelve weeks, half of the group did asana, pranayama, and meditation practices and received mindfulness education, while the other half walked and received health education. While yoga decreased the severity of depression, so did walking; but unlike walking, yoga also lowered rumination, or the “compulsively focused attention on the symptoms of one’s distress, and on its possible causes and consequences, as opposed to its solutions.” Since ruminative thought patterns are a serious issue for many depression sufferers, this study is welcome news.

There also remains the question of how much yoga we need to do in order to reap its benefits, which another study on yoga and depression attempted to answer. In this one, all participants were taught Iyengar yoga and breathing techniques. However, half practiced seven times per week, while the other half practiced five times. After twelve weeks, symptoms of depression declined significantly in both groups, which provides good evidence for the effect of yoga. But by the end of the study, more people in the “high-dose” group were categorized as only minimally depressed, which suggests that, not only is yoga good, but more yoga is better.

Challenges in Understanding the Effect of Yoga

Of course, it’s incredibly difficult to measure the impacts of yoga. There are innumerable styles of yoga and many branches of the practice, and different teachers take drastically different approaches. It’s also nearly impossible to tease out what, exactly, creates yoga’s effects. It’s a practice comprised of so many parts: physical exercise, breathing, meditation, breath-movement connection, stretching, relaxation techniques, and philosophy teachings, not to mention things like community and aromatherapy that might be found at studios. Researchers just don’t yet know what about yoga, exactly, is beneficial.

Measuring depression is not without challenges either. Various scales are used to determine the presence and severity of depression, all of which have their own shortcomings, and some studies just choose specific symptoms to examine. Even if a study finds that yoga affects a particular symptom or changes participants’ scores on one of the scales, it’s hard to say whether that definitively shows a decrease in depression.

How to Approach Yoga and Depression

Unlike most medical treatments, yoga has no side effects, doesn’t need a prescription, won’t interact with medication, and can be inexpensive. And all that means there’s no reason not to give it a try. Yoga might not help everyone, but you may find that it makes a difference for you. Plus, there’s no doubt about the physical and mental benefits of exercise, so yoga will likely leave you in a better place for that reason if nothing else, even if it doesn’t cure your depression.

Of course, sufferers of depression shouldn’t expect yoga to be a magic silver bullet that can completely cure a complex disease – but it might be something that can help, especially for those with milder forms and especially if it’s done in combination with other treatments.