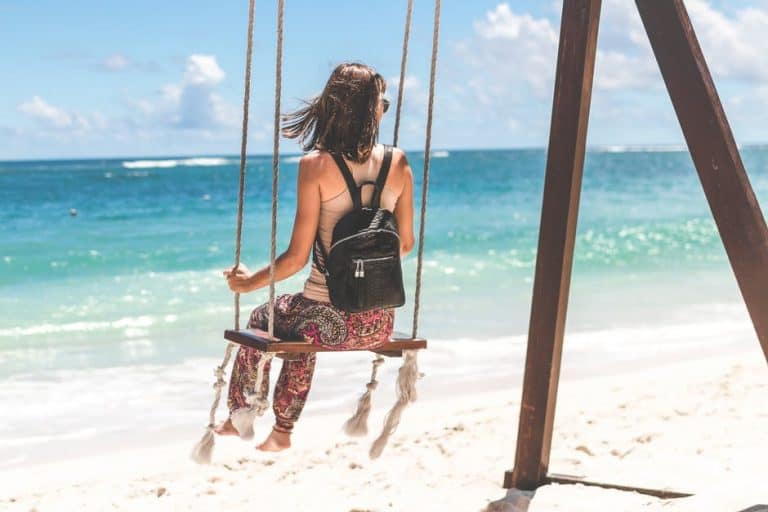 5 Toxic Habits You Need to Quit in Times of Stress 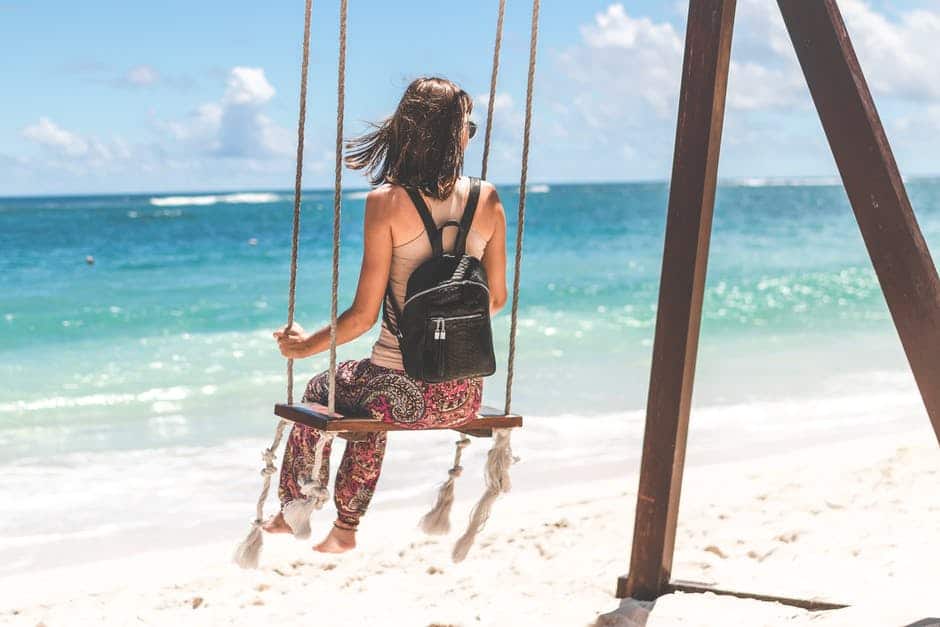 When I look back on all these worries, I remember the story of the old man who said on his deathbed that he had had a lot of trouble in his life, most of which had never happened. – Sir Winston S. Churchill

I was your typical, stress-free 9-year old when my bad habits began, back when life was just an endless long summer, you thought you’d never learn anything useful in school (“We learnt more from a 3-minute record,” to quote Springsteen), your friends always had time for the neighborhood basketball court, and your cares were as free as you could ever get them to be.

Yes, I was your typical, stress-free 9-year old, who, one day, sneaked his first alcoholic drink, and absolutely loved it – the way it made me feel, how I thought it chilled me out, and made me feel like an adult. As I grew up, those seeds of addiction grew with me, until, in my early twenties, and now addicted to meth, alcohol, and any party drugs that were being offered around, I was sentenced to nearly two years in the state’s biggest motel, all meals included.

That 9-year old kid never knew stress until addiction placed it firmly in my lap, culminating in easily one of the most stressful periods any person can go through – prison. Within months of my release, and well back into serious substance abuse, my parents took me to a drug detox, and rehab facility in the next state over and happily left me there. I didn’t thank them at the time… Trust me; I’m more than grateful now.

From those 6 months in rehab, and up to this very day, I have been clean and sober – over 9 years now, no relapses. I can place a lot of that success in the hearts of my loved ones, and the real education I received in the rehab, which was compulsory. My journal soon became packed with notes about every aspect of addiction and personal essays I’d written as I prepared myself for what lay the other side of the rehab door.

The biggest section in that journal was about relapse prevention, and part of that was about stress, avoiding it if possible, and coping with it when it happens anyway. Triggers to relapse for addicts take many forms, all of them resulting in some form of stress for the person in recovery. And it’s the stress that gets you to take the first hit, the first drink. Dealing with stress has to be successful. Otherwise, you can kiss your addiction recovery and your new life goodbye.

I see a lot of articles online about the positive steps you can take to deal with stress. Being a little different (and there’s nothing abnormal there), I’d like to discuss the negative steps that people wrongly believe help to alleviate the feelings of stress. Because, quite simply, they don’t. In most cases, they’ll make it worse.

5 Toxic Habits You Need to Quit in Times of Stress

We’ve all seen it, usually in a black and white movie on a Sunday afternoon. One of the characters receives a shock or has to endure a traumatic event. What do their fellow actors’ characters do? Break open the brandy, of course (there’s always a bottle or a hip flask handy, isn’t there?), which is duly accepted into the trembling hands of the victim. Hold on – I’ve been there. Trembling hands? Stress? Alcohol? In my case, it was time to break open a bar…

Taking a drink to relieve stress if like putting out a fire with kindling – it isn’t going to happen. However, one of the first things some people do when they get home after a hard day at the office, or at other times they may experience stress, is to open a bottle. Yes, I understand that drinking in moderation will alleviate the initial symptoms of stress, but it’s never going to solve the issue, as some people believe. In fact, if you’re already stressed, you’re just making it worse.

Furthermore, alcohol is a depressant, and feeling down when stressed has never been a good thing. Drinking alcohol will also dehydrate you – dehydration just in itself can make you feel stressed. Therefore, if you find yourself in a stressful situation like those old black and white movie stars, try breaking open a bottle of water instead.

Surprisingly, nicotine never really appealed to me, unusual for a drug addict and alcoholic. That was about the only healthy decision I took back then. Regardless of all the vast amounts of information on how bad smoking is for you, some people always, always reach for a cigarette when they’re stressed out as if defiantly blowing the toxic smoke out of your lungs is a realistic and cathartic way of ridding yourself of the problem.

Nicotine, funnily enough, causes tension and anxiety in the smoker. Surprised? You shouldn’t be. Does it then give you a false sense of relaxation? No, people honestly do feel a little more relaxed during the act of smoking, because puffing away is a psychological addiction, and you’re addicted because it makes you feel “normal,” whatever that may be.

Interestingly enough, how many blind people have you ever seen smoking? Exactly. There’s no exhaled smoke wafting up, and looking artistic like they try to do in (yes, you’ve guessed it) those old black and white movies, to physically confirm that fact to your brain. Nicotine is also highly addictive – in fact, it is one of the hardest drugs to quit. And I know a little about that… Addiction of any kind leads to stress. Guaranteed. Even when it’s not there.

Well, I just couldn’t write “Eating” as a subheading, could I? Emotional eating, pigging out, call it what you will, it’s unhealthy if you’re using it as a way to combat your stress. Overeating will certainly not resolve the reasons for your stress, and will more than likely add to it as you are adding on the pounds.

Back to films. I remember seeing a young woman, discarded by her boyfriend and her best friend, sitting alone in the kitchen, clearly distraught, and eating a whole jar of peanut butter with her forefinger (I think it was a film, anyway). This image that the jar of peanut butter or the tub of double chocolate ice-cream is suddenly your new best friend is a little unrealistic, wouldn’t you say? Yes, like all of the bad habits described here, there is an element of temporary relief, but it’s not the answer, and never will be. In other words, you’ll just get larger.

Hoping It Will Go Away

Oh, please. Think Freddy Krueger. And you’re sat in his basement. That’s a little more realistic. Take it from someone who always stupidly believed that if I get drugged up or drunk the night before that, it would all be better come the morning. Many, many hungover, tired, wrecked mornings, and it never happened once. Not once. The real issue in adopting this as a strategy is that the stressor will never be forced to disappear from your life, and will end up being a permanent fixture smack in the middle of it.

“Leave me alone. I’m stressed out, and I don’t want to do anything.” Familiar? Yes, it may be therapeutic to skip a day off work, and sit around watching trash TV, or wasting your life away on social media, but acting like everything is just too much effort is bad for you.

Do nothing can lead to depression, and that I learned first-hand. In fact, doing nothing is like accepting the stress is simply overwhelming you, and then doing nothing to resolve it. Rather pointless. My advice? Take action, like learning stress management tips. Just embarking on the process of being proactive about your stress is helpful in itself, and your stressful feelings will seem less impactful.

Personally, I practice the art of mindfulness, the proven technique of simply living in the moment. Since beginning this practice, which I started under advisement in rehab, any stress in my life has become not just tolerable, but always resolvable. So far, anyway.

We can’t all be Clark Gable in “Gone With The Wind,” regardless of whether we wanted to be or not, but wouldn’t it be great if we could always approach any problem in life by responding with that immortal quote? However, life’s not like that, and it forces you to give a damn. Problems left unresolved will begin to stress you, and the only real solution is finding the solution. It may not be perfect, but it is all we can do.

Falling victim to the 5 bad habits described above – drinking, drugs, eating too much, hoping it will go away, and simply doing nothing – will just add to your problems. The first 3 can even lead to addiction, and you really don’t want to go there.

What methods or strategies do you use to cope with stress? Maybe more importantly, what things or behaviors do you avoid when stressed? Please share with a comment below. Just breathe… and take heart in the words of Mr. Churchill that opened this article.