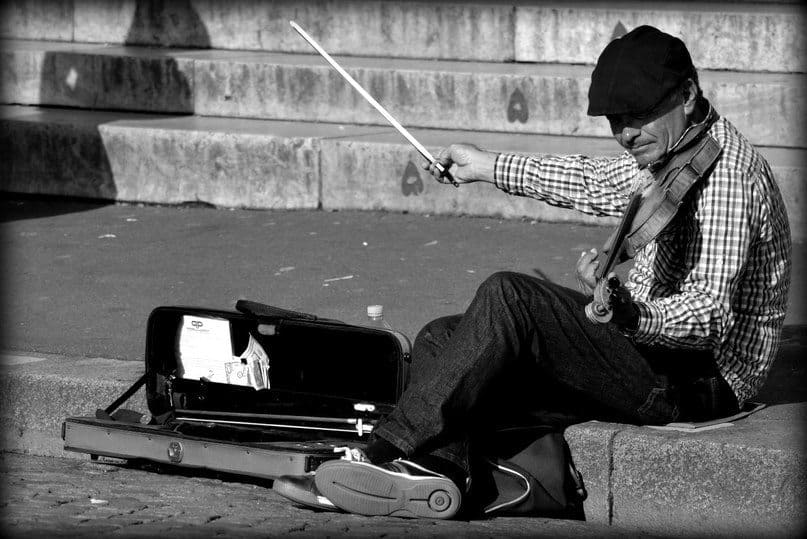 Discovering Yourself In The Last Place You Could Have Imagined

People often say that this or that person has not yet found himself. But the self is not something one finds, it is something one creates. – Thomas Szasz

Up until a couple of years ago, I was what you would rightly call neurotic. Deeply neurotic. Troubled.

What you’d be overlooking is that, in fact, any belief in control whatsoever, even the tiniest semblance of volition and independent will, is unprovable, delusional, and the cause of needless suffering. The dividing line between believing that washing my hands will save the world from unknown terror on the one hand and that I can better my life and think happy thoughts, on the other hand, is entirely arbitrary. Because, in fact, no one can control anything.

More than that. There is no one separate to control anything.

Before we go any further, let’s get some things straight. Why should you believe me? What are my credentials? After all, didn’t I just admit to you that I used to be obsessive, compulsive, and totally delusional?

My answer to all that is that I do not ask that you believe me. In fact, I ask that you not believe me. Instead of belief, which ultimately is unsatisfactory, I ask only that if you are curious to discover the end of suffering then simply explore for yourself. Find out for yourself if what I suggest is actually true. That is all.

I offer an invitation to discover yourself as you already are, which is freedom…

If you wish to dismiss me as a raving lunatic, then that is nothing to me. I couldn’t care less. Because there’s no doubt that superficially my claim that there is no one separate to control anything will sound totally insane to most people. That is fine. But for those who have suffered enough, for those who are exhausted of the search to constantly better themselves and escape the horrors of life, I offer an invitation to discover yourself as you already are, which is freedom.

So for those few who are still reading, let’s get back to the story.

Now, if you’re actually bothering to read this, then I’m going to predict something.
My prediction is that if you take an honest look at your own life then you’ll discover some significant similarities between your own experiences and those that I just described. Even though admittedly, I was way crazier on the spectrum than most people, the basic patterns are the same.

Specifically, my prediction is that in your own life you can find obsessive thoughts and compulsions that, although less intense and more socially acceptable than mine, nonetheless make your life more miserable than it would be otherwise.

If you don’t get lost, there’s a chance you may never be found. – Anonymous

Protecting yourself from the unwanted things…

If you’re not sure what I’m talking about, then let me give you some examples. Perhaps you find yourself worrying. Worrying about what might happen, about how someone might die or someone might do something hurtful or someone might get hurt. Or maybe you worry about losing your job or running out of money or terrorists invading your town.

Or maybe worry isn’t your thing. Maybe you just try to think only positive thoughts. So you have to monitor and keep your thoughts positive. Keep out the negative thoughts. Protect yourself from the unwanted things that could happen if you weren’t on top of things.

Or maybe I haven’t hit on your thing exactly. But perhaps you can see how you have some sort of obsession and some rituals that you use to try to get rid of the bad and attract the good. Prayer. Meditation. Feng Shui. Astrology. Tarot.

Don’t get me wrong. All that stuff is fine. I’m not saying that any of it is wrong.

I’m just saying that when you start to explore the motivations, then perhaps you can see that underneath the surface is fear. Fear that if you don’t do something to take control and improve your life then something bad will happen.

And most of the time, if you tell the truth, you’re not quite sure what that something bad might be. But if you look, then you’ll probably see that actually, it’s the fear that you’ll be destroyed. Probably in a really painful and horrific sort of way. Vague. But very unpleasant.

It’s primal fear. And most people would rather do just about anything rather than meet it.

I know I would have rather done just about anything. Including washing my hands compulsively. Including performing elaborate mental rituals to try to get rid of and neutralize “bad” thoughts. Including giving up my career, my apartment, my friends, my family, my health, and just about everything else in order to indulge these completely futile fantasies of the possibility of escape from the fear.

So no one in their right mind wants to hear what I have to share. Because my message is that what you most want – in fact, the only thing that will ever truly satisfy you – is to be found in the heart of what you most fear. That which you have been desperately trying to escape holds your salvation. And you cannot do anything to get it. Instead, you must stop trying to escape it and let it totally devour you. You must discover your inherent powerlessness. Truly. Not as a nice thought. I’m talking about the truth of complete powerlessness.

Doesn’t sound like much fun, does it? And that’s why we keep running.

I kept fighting and running and avoiding. I kept suffering. Until I couldn’t…

So I’d like to tell you a nice story about how I finally became very wise and solved all my problems using a simple, 5-step process. If I could sell that story then I could probably make a lot of money with it. I could get on Oprah and have millions of Facebook fans.

However, my story isn’t nearly so nice. Instead, I kept fighting and running and avoiding. I kept suffering. Until I couldn’t. I became so sick and so exhausted that I literally couldn’t move. I couldn’t even imagine the possibility of escape any longer.

Everything that I thought I was – everything that I had worked so hard to create and defend – was stripped away. I had worked very hard for many, many years to perfect and improve myself through prayer, meditation, chanting, yoga, mantra, feng shui, qi gong, and on and on. Of course, none of it had really worked. Obviously, I was a mess. But I still clung to all the identities I had built for myself.

And then, all of it was taken away. Or, rather, all of it became unbelievable.

Because when I was unable to avoid the thing that I had been running from – that vague horror that had always felt just two steps behind me – then I found that nothing was as I had believed it to be. This thing that was pure terror was here, having devoured me completely, and I found that I am still here. Strangely, none of what I had thought I remained, and yet I am still here. And even stranger, what I had imagined being this pure terror that was separate from me, chasing after me all those years turns out to be indistinguishable from me. I was running from myself!

None of what I had thought I remained

Initially, the discovery of powerlessness can be terrifying. Because we often mistake ourselves to be something other than what we are. We imagine that we are a separate chooser/experiencer/doer/thinker/feeler. We imagine that all these experiences are our experiences. And so when we initially discover our inherent powerlessness, then this can seem as though it will result very quickly in the complete destruction of ourselves. Because as long as we believe ourselves to be separate selves floating around in an objective universe, then if we find that we are powerless then we will logically conclude that something will destroy us. The discovery of our inherent powerlessness lays bare the insecurity and anxiety that has always been just underneath the surface.

So we’ve always known. But we didn’t want to admit it to ourselves.

The good news is that while you are powerless, there’s actually no separate you. That is only a fiction. That was only ever an assumption.

See if that is true. Right now. Look and find out.

Discovering Yourself In The Last Place You Could Have Imagined

Right now there is some experience seemingly happening. You are reading these words. Looking at a screen. Hearing sounds. Feeling sensations. All of that is happening, seemingly.

And then there is the assumption that all of this is your experience.

Is that true? What is your proof?

When you take an honest look, you’ll not find any proof. If you do, then please let me know. Because I haven’t found any proof. I’ve only found assumptions that dissolve upon examination.

There are things happening. That’s it. There is no experiencer. There is just experiencing.

So what good is it? And my answer to that is simply that this discovery reveals the freedom that you already are. It doesn’t change anything necessarily in regard to what you imagined yourself to be. Experiences will still happen. And some of them will be pleasant while others will be unpleasant. So discovering your inherent powerlessness and that the one that you mistook yourself to be was only ever an inference does not necessarily improve the experiences. It is just that now there no longer needs to be any futile, painful struggle against what happens. Because you realize that it never was your doing anyway.

I am well aware that the overwhelming majority of people who read this will find it to be complete nonsense. Most people will believe that I sound like a madman. And the few who have read this far will mostly feel angry or argumentative. So this is like a message in a bottle. The chances of it reaching anyone who will truly be willing and able to receive the message, the invitation, are slim.

And still, there is a chance. If this invitation isn’t for you, then that’s fine. There’s no need to reply. Just go about your life. Read the next blog post. Go have a ham sandwich. Check out what’s on TV. But if when you read this something seems to shout “Yes!” then say yes to the invitation.
Explore the assumptions. Discover what is here.
Discover yourself as you are rather than as you’ve imagined yourself to be.

If I can offer you any further support in your exploration, then I would be honored to do so. Check out my other writing. Feel free to send me an email. I’m friendly. Just be honest and sincere. 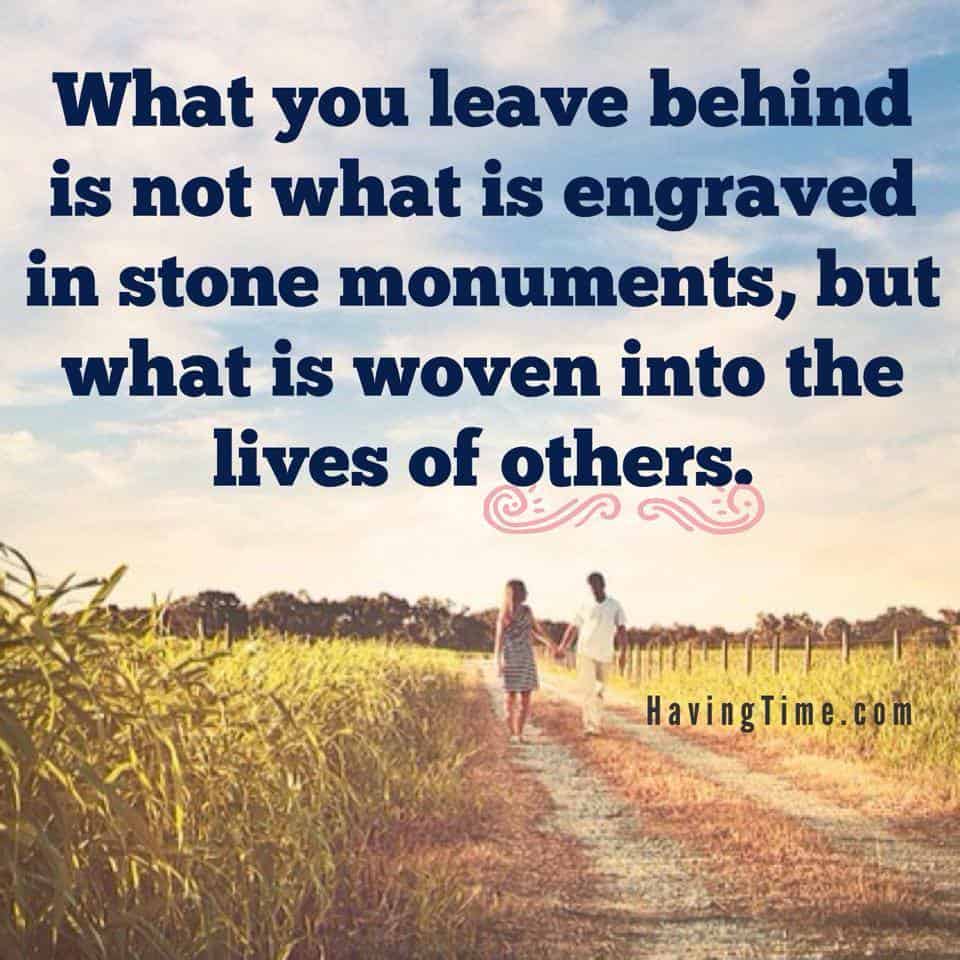 Photo by A. Makarov