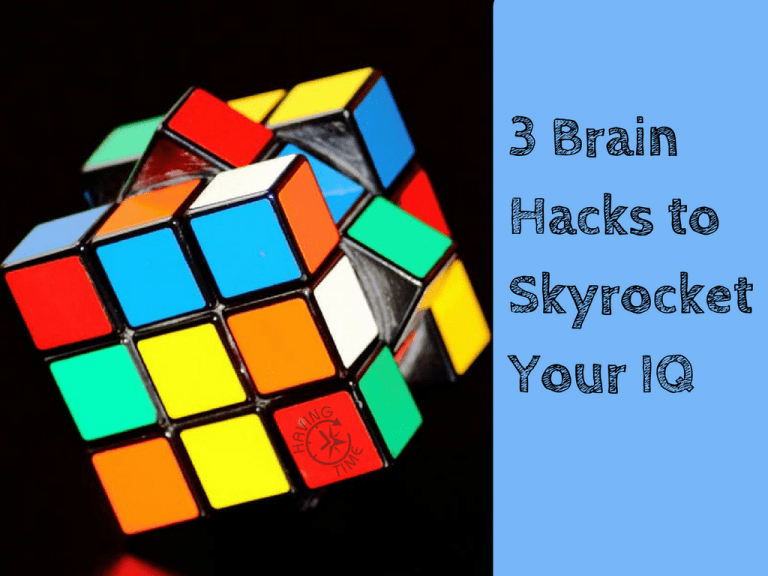 Get Smarter: 3 Powerful Brain Hacks to Skyrocket Your IQ 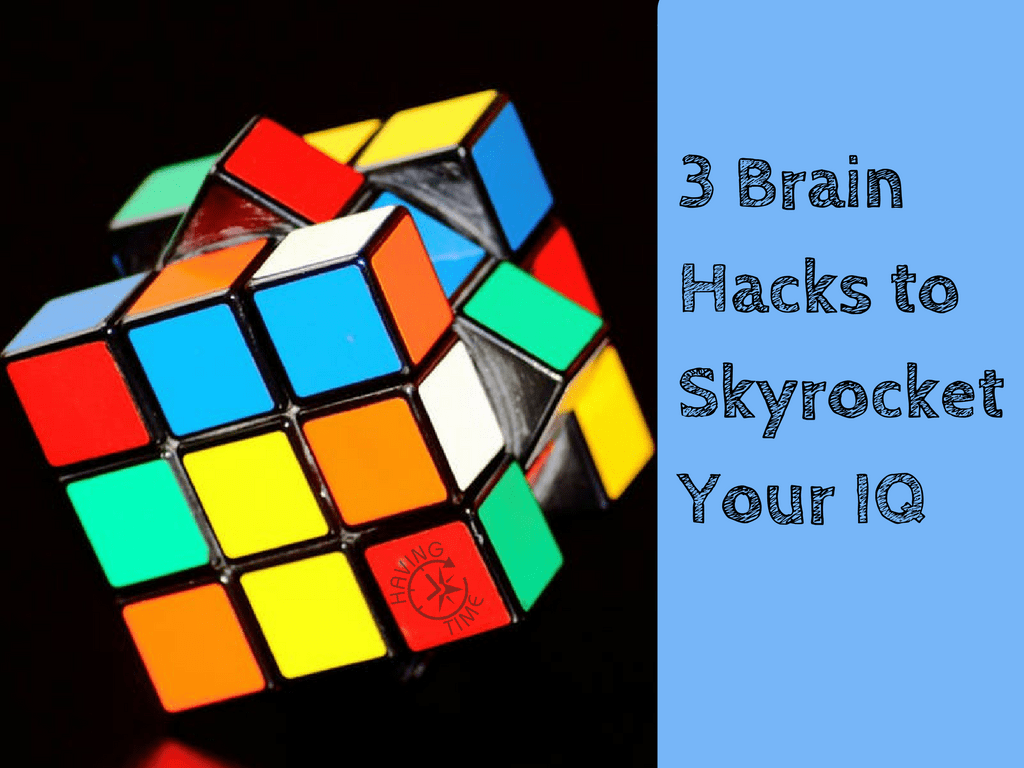 The human brain is astounding.  Brain research continues, almost daily, to excite us and challenge our formal understanding of what is really going on within.

We used to think that we had access to only 10% of our brainpower.  This, of course, is entirely misunderstood and is a fact that continues to be misused and misquoted.

Let me explain this statement to expose the nature of this conspiracy that continues to limit our thinking and gives us doubt.

Get Smarter: 3 Powerful Brain Hacks to Skyrocket Your IQ

It has long been known that 90% of the brain is made up of what is commonly referred to as ‘grey matter’.  Throughout the evolution of brain sciences, researchers had allocated this fatty, wrinkly mass in our skulls as supporting tissue, with limited functionality other than to keep our functional areas safe from harm, hidden beneath the layers of fatty rolls.

In 2002 brain researchers found that the glial cells that make up the ‘grey matter’ were, in fact, a formation of trillions of super-highways that carry synaptic responses all over the brain.  When a communication pathway is heavily utilized, it is seen to thicken the grey matter corresponding to that network.  Conversely, if a portion of this highway is damaged, an entire region of the functional brain is blocked off and deemed useless.

Under SPECT imaging it wasn’t just a single area of the brain that fired up if a person was asked to move a hand or think about a loved one for example.  The excitement of synaptic communication between areas was highlighted in vivid color, allowing all to see the magnificence of the partnerships at work within the human brain across functional areas.

So although only 10% of our brain mass is indeed dedicated to individual function such as sensory, executive thinking or memory, for example, no single functional area can work in a silo, meaning this 10% fact is indeed a mistruth, a misunderstood reality.

Like a bunch of circus trained elephants, we’ve been taught that we have limited abilities, limited mental access and that we’re defined by the IQ test that we were forced to take when we were 12 years old.   We learn to restrict our thinking, to restrict our abilities based on what we were taught and told by our teachers and caregivers.

To be fair, I can’t even recall what my IQ result was back then, but I do remember feeling inadequate in comparison to my school average.  According to that IQ test, I was destined for a sub satisfactory career where no real thinking or problem-solving was required.  Quite the opposite is, of course, true of my extensive strategic responsibilities, and I’m a great example of someone who never let my teachers limit my thinking; I never settled on the results of an exam that I didn’t enjoy, and I certainly never thought an IQ result would define me.

But the sad truth is that many children and teenagers these days do just that.

The human brain is astounding.  Every year brain research opens new possibilities and showcases just how magical we really are.

For instance, your brain can recall instantly, over 50,000 different scents and associated memories.  A memory becomes stronger and faster to access in the future when associated with a scent.  We smell a hint of cologne as we walk down the street and instantly recall the face of our first boyfriend.   The sweet aroma of cooking sausages wafts past our nose and we’re transported back in time to those Sunday family barbeques as a child.

The power of connection within our mind between functional areas (i.e. smell and memory) is where the strength of our brain power can be manipulated.

Connect two functional areas and you’ll strengthen your mental acuity.  Forget about those IQ tests as the questions relate to logical choice and reason and do not account for personal preference, belief or right brain emotional intuitiveness.

Even Einstein was quoted as saying that his findings were 10% analysis and 90% intuition.

In fact Einstein’s Parietal Lobe (the grey matter) was 15% wider and 30% thicker than an average man, even though this area is dedicated to special awareness, touch, taste and sensory perception.  Conversely, Einstein’s right prefrontal cortex (solution oriented) had a thinner lining of grey matter.

There are two trains of thought for this finding.

For example, we know that a blind person’s sensory motor cortex associated with hand perception is larger than a sighted person, due to its heavy use, much like a growing muscle.

However, that would completely reverse the findings associated with Einstein’s brain would it not?  Surely his executive functioning prefrontal cortex would be stronger, thicker or larger?

The fact is that the thinning of the gray matter helped Einstein enormously as it reduced the length of the pathway between functional areas, meaning he had faster access to qualified thought.

Can we all have brains like Einstein then? Can we, in fact, increase our own intelligence and mental performance?

The answer to both is a super loud and resounding YES!

Knowing that we have access to 100% of the functionality, and 100% of the properties of mental performance, all that is needed is to understand how to optimize the connectivity and neural communication within our brain.

Although cellular regeneration does slow down as we age, it is by no means a reason to stagnate.  Studies have shown that through simple brain gym exercises we have access to reverse the effects of age related damage.  In fact the simple act of using your non-dominant hand to do daily mundane tasks such as brushing your hair, or opening doors, for a period of only 2 weeks, can reignite areas of the brain that may look ‘dead’ under an EEG prior to this exercise.

Performing an exercise that excites your brain to change neurologically is called a Brain Hack, and again, it’s never too late to start hacking!

So the next time you have something important to learn and you believe your memory isn’t as good as it could be, try to integrate two functional areas during your study, either move (walk, run, swim) as you learn which will activate your sensory motor cortex at the same time as your hippocampus and frontal cortex OR pick an unusual smell that you can take with you to your exam or speech to reactivate that memory.

This brain hack explains also why the art of associating pictures when learning names, or making up small stories when memorizing pictures, is effective and used in memory training all over the world.

Understand your brain, find out how it works, get excited about the possibilities that we’re vastly ignoring due to our limited knowledge, and become unstoppable.