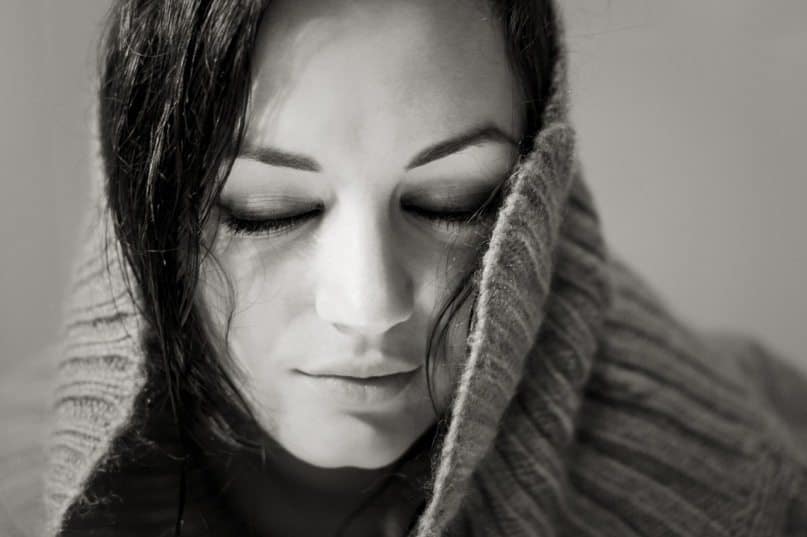 How to Create the Reality You Want

How to Create the Reality You Want

Friends said they could fly in dreams and I envied them. Not because I couldn’t fly in mine; I flew all the time!
I simply believed their way of flying was more legitimate – more worthy to be called dream flight – than mine.

In childhood, I flew around the dream scene in little crystal airplanes. Assorted characters joined me on vibrant adventures, some harrowing, some silly.

As an adult, I’ve spent many nights in airports designed by dreamscape architects – magnificent, surreal venues for snacking on wanderlust.

I Gazed Affectionately at Distant Earth Then Embraced
the Nearing Sun…

Immune to gravity and physics, I’ve flown through alarm clocks and design limitations. Once I soared so far, I camped on the moon mid-flight. In sublime silence, I gazed affectionately at distant Earth then embraced the nearing Sun like a lover.

As amazing as those dreams were, I never considered them on par with what others reported because I required some kind of craft to carry me. They flew with their bodies! Why wasn’t I doing that?!

It seems so sweetly wrong today, the way I discounted the magic of those flights by submitting them to killjoy Accountants of Exacting Comparison. Those inner assessors rarely value anything that doesn’t conform to the “norm.”

What Does it Mean to fly In a Human Body?

What does it mean to fly? In a human body, fuelled by human emotion on the jet stream of a planet spinning in a universe of dreams: it means to join forces with air. The thin air of resilient creativity.

After decades of marriage, I entered my 40s as a single woman. Bless me, the world, I confess: it’s more than 20 years since my last real date—how dizzying that was!

The very idea of “dating” felt colossally challenging, more daunting than learning to fly with my body.
Venturing out successfully seemed as easy (not!) as solving all the riddles of cosmology while engineering a naked launch into hazy destiny.

Very little went smoothly. Excitement fizzed and fizzled. My heart broke and broke again. I danced in nameless crowds, kissed proverbial frogs and waited by the phone zillion time, wondering why I wasn’t flying. Prevailing wisdom said: create your own reality; to that I gave an ego raspberry.

How could a heart as in love with love as mine not create better beginnings?

The first year, I got really good at mending. So good, I taught classes on healing and fearlessness. Gradually, I stopped worrying about dating, resigned to being single, focused on writing and teaching – and kept dancing.

Naturally, things began to shift. Bright flirtations led to substantive exchanges; carefree flirtations revealed shared cravings; dates were made and kept, some promises fulfilled. And then he fell in love with me!

It Began in Friendship, Bloomed in Artistic Collaboration…

And then he bailed.

He was perfectly scripted for my story—a fabulous fit for the mind, body, and spirit—and he undeniably adored me. It began in friendship, bloomed in artistic collaboration, sparked with lusty goodness – then he chose a different path.

“I’m moving back to Germany,” he told me after dinner, standing by our separate cars in the parking lot. The career he’d broken up with months ago had called; they want him back. “I have to give this one more try,” he said.

“I understand,” I answered.

“We’ll still do that thing together,” he said, not quite releasing my hand. “Oh, good,” I agreed. Though, of course, I knew we wouldn’t.

The drive home was a blurry festival of tears with a crooning chorus of “why me?”

Climbing stairs to my apartment, I felt soggy and beat. Key in the lock, door to an empty hallway, soft light from the moon filtered through the living room to illuminate a wicker bench: I took two steps forward, sat down in defeat.

It wasn’t so much that I wanted “him” (which I very much did) but after so many fails, this one felt like Possibility itself had broken up with me.
How was I supposed to keep trying when every lift-off just kept grounding me?

I took a breath and stayed put, not moving physically but with my heart, insisting: I’ve got to see this differently! If the pursuit of love feels this raunchy, then what was this reality I so passionately wanted?

“OK, I’m ready,” I said aloud to the door, not knowing what I meant. “I’m ready for this to get easier.” Words emerged quietly at first, then summoned some new volume.

Love Can Come and Find Me…

If He’s not it, I don’t care! Right now. Right here. I am a Lover! Love can come and find me. Oh, yes – Let Love come to me! Let Love come rushing in!

I don’t know how long I sat there voicing mantras, but eventually, I stood and felt a lift surge through me. “If not him then Who’s the one arriving?!” I said it optimistically – which honestly surprised me. Love was flying and I became its clear beacon: here – now – yes.

The next day, a giddy moment confirmed how brightly the beacon had been lit.

I made a “wrong” turn and bumped into a friend I hadn’t seen in ages. She lured me to a party where I fit right in. At the party, I engaged a young poet about his writing and I was, the whole time, smiling.

Because I had somewhere else to be, I didn’t stay long and exited the scene before he had a chance to say goodbye.

Half-way to my car, I heard him yelling, calling out my name. When I turned around, he was running! He ran right to me, grabbed me sweetly, whispered in my ear: please don’t go – I could so this minute fall in love with you!

Heartbroken in a dismal lot the night before. Now chased by exuberance in this one! I felt the universe laughing at me: sweetheart, Love is always rushing to you. And you are it!

Sweetheart, Love is Always Rushing to You.
And You Are It!

So many of us feel pressure and frustration at the suggestion we create our own reality as if it’s a confusing obligation or heavy responsibility.

When things don’t seem to add up, distress piles in and it’s overwhelming to think: oh man, this mess!
I’ve got to create my way out of it – fix it, hoax it, blitz it. I’ve got to make this gritty, awful outcome be shiny and true – and I’m somehow supposed to manage it with a broken heart and unproven wings pinned behind my back… Not necessarily.

Knowing I Have The Power to Create my Reality is The Best News Ever! 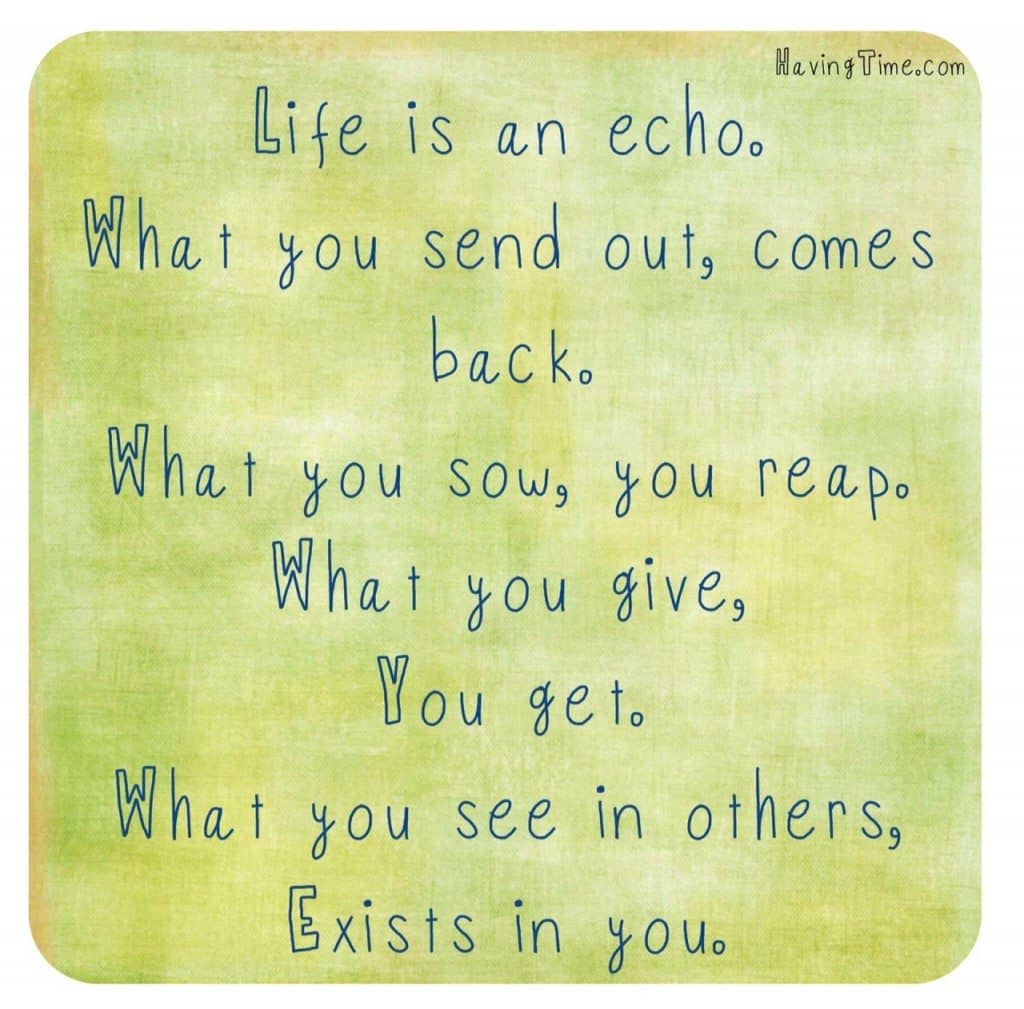 That night in my puddle of tears and sea of longing, I learned: knowing I have the power to create my reality is the best news ever! Moving forward didn’t take decades of healing and arduous reversal, it just took a steady heart, a hint of wildness and reverence for the desire within me.

All I did was shake one story loose – the story that “he” was “it” – the story that life had dealt me a blow – I dropped it and invited another. Almost immediately, the bonus came running toward me.

It’s not the norm and it’s not always obvious, but this brand of in-the-moment, every day, cosmic-scale creativity really is the key to our highest levity.

When hearts break, hearts open. No, I didn’t reverse what happened. I didn’t create him coming back to me, but instead joined forces with jazzy receptivity. I let go of expectations and unreal standards for myself and allowed what came next to light up that space the idea of him had occupied.

I stopped longing to fly the way society prescribed and gave my dreams permission to use whatever jets they please while I practiced delighting in the scenery.

Many new heartaches followed, as did more compelling kisses. I kept intoning the invitation and Love kept rushing in to meet me where I stood ready to receive it. The embrace I let myself enjoy wanting to become a self-fulling prophecy.
So far, so good.

How do you create your own reality in your everyday life?