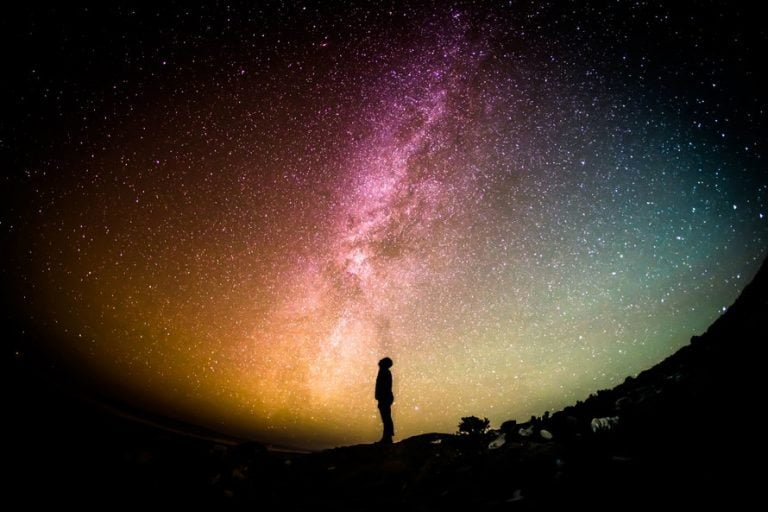 How to Get Courage, Wisdom, Serenity When You Need it The Most 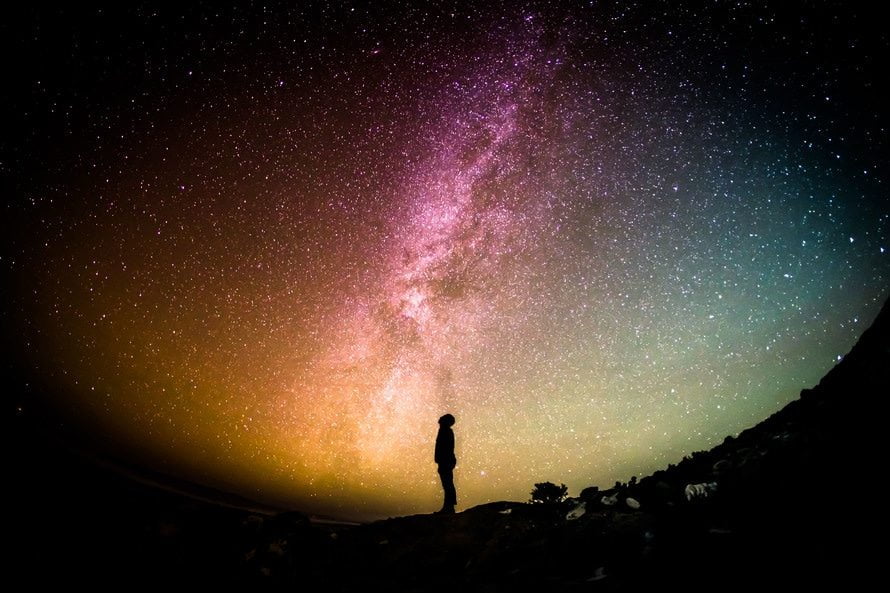 I suspect you have heard the Serenity Prayer before. It was written by theologian Reinhold Niebuhr in the early 20th Century. (Despite some controversy a few years ago, his authorship was finally confirmed.) When AA and other 12-step groups adopted it, it became popular amongst those in recovery and parodied by others.

The serenity prayer (minus “God” at the start, as above) became an integral part of my work in 2009. Back then I started facilitating culture-shaping workshops at The Ohio State University. These workshops were created by Senn Delaney, which trained and certified me as a facilitator. When we introduced the prayer in these workshops we’d call it “the serenity statement” because it’s a state institution.

As I facilitated more of these workshops, the serenity prayer became a bigger part of my life. For several weeks I also kept a copy of “the people version” on my desk. You know the people version, right? It goes like this: “Grant me the serenity to accept the people I cannot change, the courage to change the person I can, and the wisdom to know it’s me.”

How to Get Courage, Wisdom, Serenity When You Need it The Most

I liked keeping this prayer on my desk because I had such a strong habit of wanting people to change. I wanted them to be different. More like me. You know, better. This prayer reminded me to take the focus off of those other people and put it where it belonged, on changing my own attitude, thoughts, and feelings. 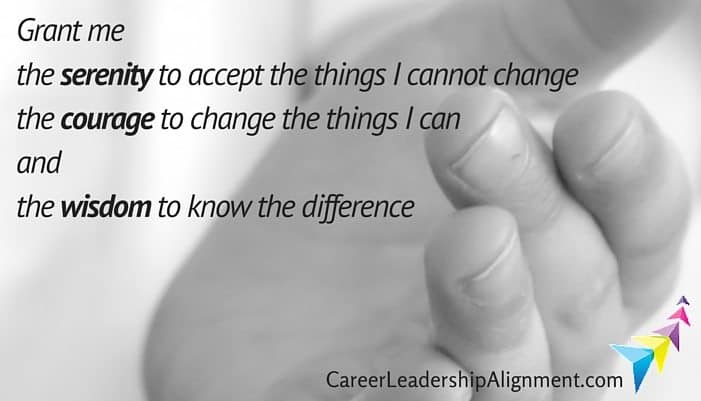 Over the years I have heard people recite the serenity prayer chiefly as a reminder that you just can’t control everything. It’s a great use for the prayer. We get too concerned with complaining about things that are not going to change, like the weather or history.

One of the ways I find that my clients (and I) can make ourselves miserable is by wishing for a better past. “He shouldn’t have done that,” we might think, or “I should have gotten an interview for that job!”

When we use our energy in this way, to resist reality, we have no chance of making any difference in our own life or anyone else’s. So the serenity prayer reminds us to conserve that energy. Let go of the complaint. Accept what is.

But sometimes we act as if the serenity prayer contains only that first line, “Grant me the serenity to accept the things I cannot change.”

It goes on. And the rest of the serenity prayer has been ringing loudly in my mind these last few weeks.

Philando Castille. Alton Sterling. Patrick Zamarripa. Brent Thompson. Lorne Ahrens. Michael Smith. Michael Krol. The way things are going, I’m pretty sure there are names that should be added to this list but won’t be because of the time it takes for a blog post to make it to print.

Grant me the serenity to accept the things I cannot change.

Grant me … the courage to change the things I can and the wisdom to know the difference.

What can I change?

That’s a slippery question because subjectively it is easy to say, “I haven’t done a thing! I’m innocent!” But I have begun to learn I am not so innocent.

A couple years ago hubby and I were arguing about some form of prejudice he was seeing. I felt that he was stereotyping. And so I made a comment to help him see that he was accusing others of something he was doing, himself.

What? I didn’t mean anything by it. I wasn’t trying to make him change! I was just following his thinking to its logical conclusion.

I decided to leave him alone with his angry feelings and get some laundry done. As I was folding T-shirts I remembered some coaching I’d received about myself in conflict. I looked hard at my own self-perception and hidden expectations, and I realized that what I was saying about my innocence didn’t line up with what was going on.

I decided I needed to take a risk and admit that I had been trying to change him, but I HATED this idea! I was certain that, despite the coaching I’d received, if I admitted my hidden motives, he would only get angrier!

Still, I decided to go for it. Clinging to my innocence wasn’t working anyway. “You know what? You’re right. I’m sorry. I was trying to change you.” I blurted it all out and then braced for the reaction.

I was overwhelmed with relief and amazement. THIS was what he wanted? For me to say I was trying to change him? It went against everything I believed was true! But he went on: “I just felt so alone when you said you weren’t doing that.”

Then I started to understand. By refusing to acknowledge my own contribution to the conflict, I had been cutting him off without actually walking away.

What can I change in this world of Black Lives Matter and white defensiveness?

I can try to influence others’ behavior. I can be willing to show up and be seen, to use my whiteness as a shield, to be present as a witness.

But much more than that, I can be willing to say I’m not innocent. I can learn more about implicit bias. I can assess myself with tools that don’t let me hide behind my liberal persona.

And I can keep asking questions and listening and not deciding I have it all figured out just because I read an article about a research study or watched a video or heard a podcast that supports my view of how things should be.

Because I will lose the wisdom to know the difference as soon as I close my mind to new information and perspectives.

I cannot change the past, but I can change myself and my own behavior. May I be wise enough to keep listening.