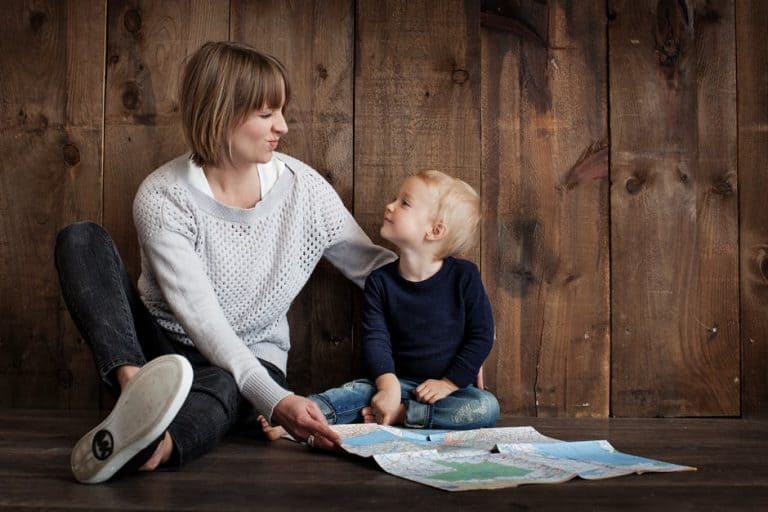 My Child Isn’t Perfect, but Here’s What I’ve Learned From Him 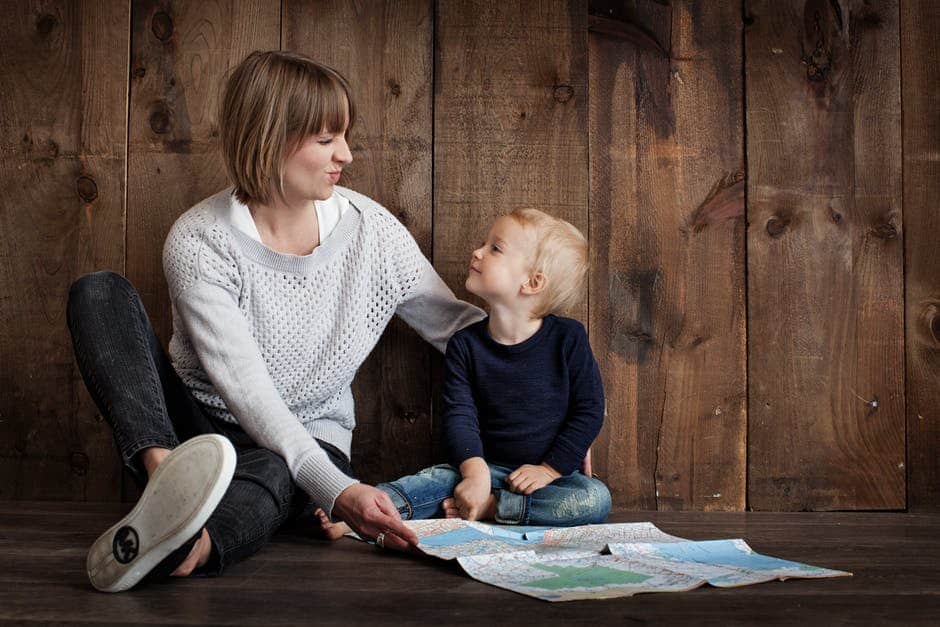 “There are only two lasting bequests we can hope to give our children. One of these is roots, the other wings.” – Johann Wolfang von Goethe

Last weekend my son and I joined my parents’, my grandmother, and my sister’s family in the White Mountains for our annual Fall weekend getaway. Our family has been partaking in this tradition for over a decade, and we eagerly look forward to moose hunting, leaf peeping, and roasting marshmallows fireside every year. This year was a bit different, though. My son, Jack, and my nephew, Jacob, were playing catch outside, enjoying the crisp Autumn air. They were getting along wonderfully; there wasn’t an argument to be heard. Then it happened. In a near hysteric panic, Jack nearly ripped the porch door off its hinges as rushed into the house. Holding his obviously swollen and bruised pinkie finger in the air and holding back tears, (because you know, he’s 9 now, and 9-year-olds don’t cry), he declared, “I think my finger is broken!” Looking at his pinkie, I too believed it could quite possibly be broken.

My mother, grandmother, sister, and myself made the joint decision that the best course of action would be to administer an over-the-counter anti-inflammatory medication and put ice on his pinkie. We were in the rural White Mountains after all, and what do they usually do for a broken finger beside taping it up anyways? Right? Wrong. It turned out that all three generations of mothers who made the decision that Jack’s pinkie finger was probably just badly bruised were wrong. When we returned home from our weekend getaway, I took my still uncomfortable child to the hospital where we learned that Jack had, in fact, broken his finger to the extent that he would need to see a hand surgeon. Apparently, I have a little over-achiever on my hands with this little guy!

Missing two days of school left Jack full of energy and stir crazy by early Tuesday afternoon. So, we decided we would decorate for Halloween! Jack wanted to make a ghost to hang on our porch and so off to our local Dollar Tree, we went for supplies. Our shopping trip was largely uneventful until we entered the checkout line. As we waited for our turn to pay for all $6.00 worth of crafting supplies, Jack chatted away, commenting on a few of the items for sale at the checkout line. I soon heard mumbling coming from behind me so I turned around. To my horror and utter shock, an older woman began outwardly mocking my child.

My first instinct was a concern, obviously, this woman must’ve been in distress to be mocking a child so blatantly and seeming to talk to herself. Out of genuine concern, I asked the woman if she was okay. “Yes, I am. Thanks for asking,” she replied. I assured her I meant no harm, but that if I were in her shoes and appeared to be in distress and/or need of help because I was talking to myself out loud in public, I would hope a fellow Good Samaritan would check on me. She failed to respond to me and I completed checking out.

Upon completion of my cashing out, this same woman came very close to me, saying, “You have yourself a nice day, lady,” in both an angered and hostile tone. I moved away from her, thanked her, and wished her a nice day as well. She then mumbled something else. I finally turned to her and very clearly asked her if I had offended her or if there was a problem that I was unaware of. Now furious, she replied, “Ya! Your hyper kid!” Yes, you read that right. That was her response. After taking a deep breath and composing myself I replied with a simple, “Excuse Me?” She proceeded to yell that my “hyper kid hadn’t stopped since we walked in the place and he was making her excited.”

At this point, my Mama Bear Instincts were in full effect. So many words came to mind and even danced at the tip of my tongue. But then I looked down at my little guy and saw the fear, shock, and shame in his eyes. In that moment I knew I had but one choice. While I was undoubtedly going to advocate and defend my child, (and really all children), there was no way I was going to sink to this woman’s crass level. Instead, I calmly informed her that my child, in fact, all children have just as much right to be in The Dollar Tree as she does.

Unsurprisingly she continued slinging insults toward my nine-year-old child. I finally turned to her and stated, “I Pray to God that you never had children because I would pity any innocent child born to you.” She belligerently yelled back, “I sure didn’t,” to which I replied, “well Thank God for that!” I then took Jack’s hand and proceeded to walk out of the store. I was stopped by the sound of clapping. That’s right, clapping, as in a round of applause clapping. When I turned to see what was going on a fellow Dollar Tree shopper was clapping, smiling at me, and congratulated me on how I handled the situation saying, “good for you, Mom!” Smiling back at her and thanking her, Jack and I walked out hand-in-hand with our heads held high. 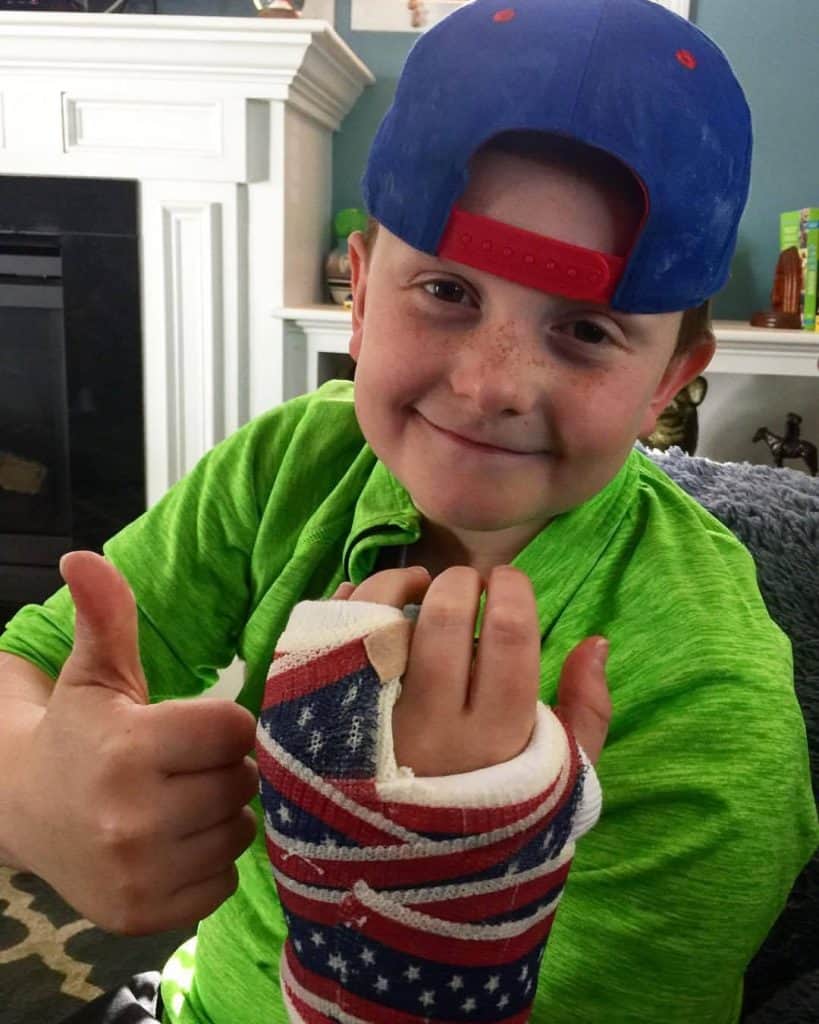 I know my child is not perfect. Sometimes his seemingly endless questions and commentary on everything from fidget spinners to scooters, to The Patriots, to his evolving political views even tires me. But he is a person. He is a person with feelings, opinions, questions, and concerns about the world around him.

Guess what? His feelings matter. His opinions matter. His fears, thoughts, questions, and concerns all matter because he matters. He is important, not just as “my child,” but as a unique little boy gifted to this world by God himself (as I believe all children are). It sickens me to think that people like the woman we encountered on Tuesday exist. What a scary, boring, and sad world we would live in if children weren’t, as she described, “hyper.” These little people are our future, and it is our responsibility to foster and encourage them as they grow into the people God intends them to be. Perhaps if that woman had ever known the soul-filling, all-consuming, unconditional love of a child she would feel differently. Sadly, she never has. I actually pity her.