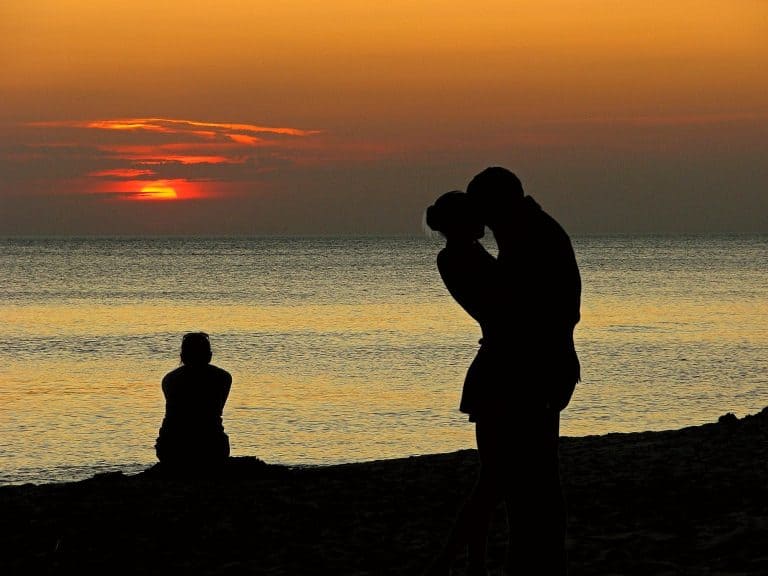 5 Lies You Need to Stop Telling Yourself After a Breakup

Breakups are brutal. They leave you feeling alone, anxious, and helpless. You search for answers and support but all you find are useless clichés. You’re told, “things will get better eventually” but it’s little consolation for the storm of emotions inside your heart, body, and mind. 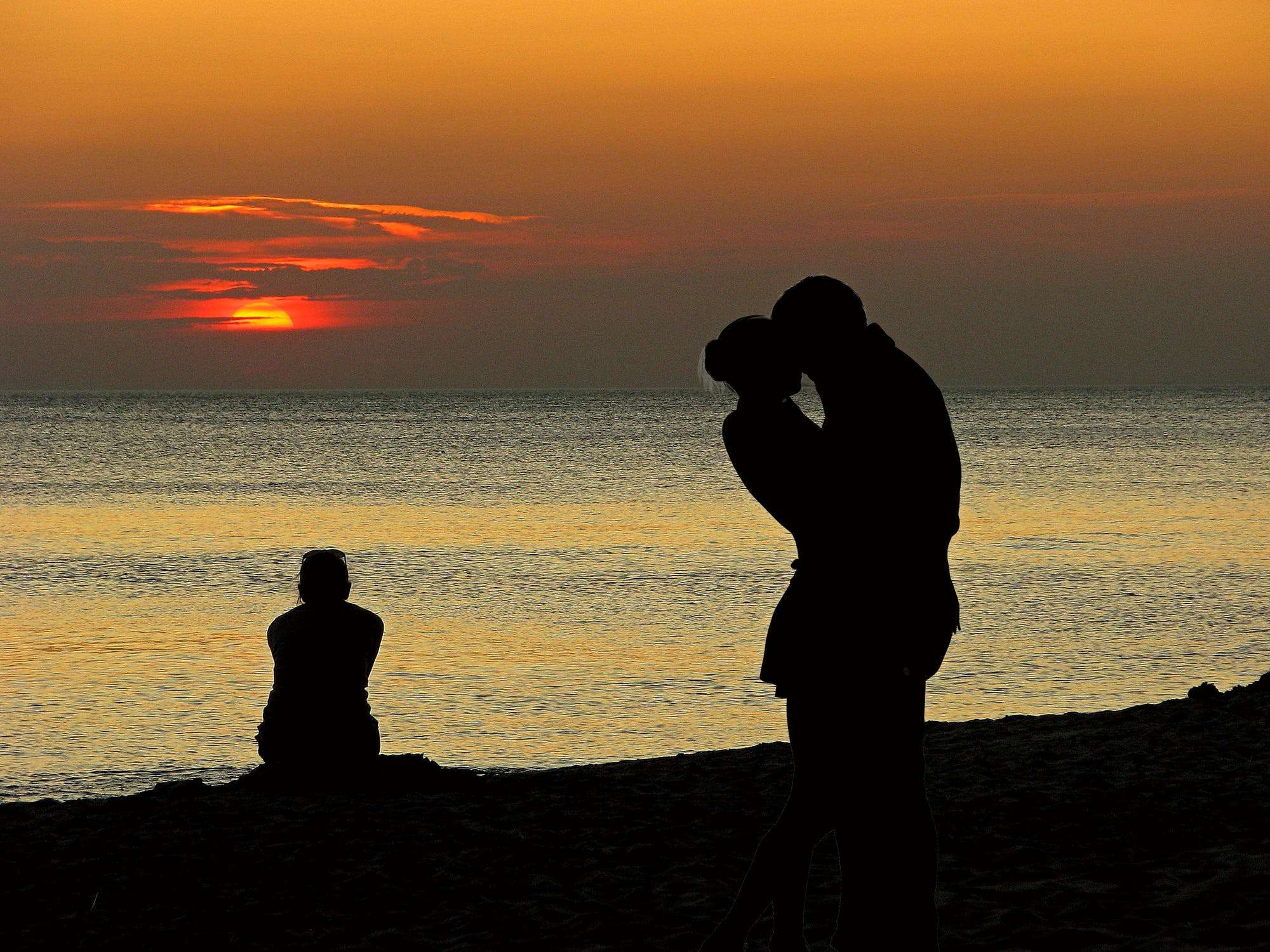 I got fired from my high-paying corporate job, my grandmother died, and my five-year relationship came to an end—all in the matter of a few weeks.

I didn’t cry when I got fired because I hated that job anyway. I didn’t cry when my grandma died, either. It was her time. But I did cry after my breakup. A lot. I cried on public transportation, in the shower, and at the park. For a guy who was raised playing ice hockey and taught to hide his emotions, my breakup felt like I went 15 rounds with Rocky Balboa.

I decided to look at my post-breakup blues as a problem that needed to be solved. I created an email course that would support, empathize, and help people let go and move on after a breakup or divorce. After hearing the breakup stories of hundreds of people, I started to notice patterns.

One of the most common patterns I’ve seen are the lies people tell themselves after a breakup.

If you’re struggling to let go and move on from a breakup (no matter how long it’s been since you broke up), these lies won’t help you move forward. These lies only serve to keep you stuck in your grief, anger, shame, guilt, regret, resentment, and sadness.

However, when you become aware of the lies, it gets easier to let go and move on.

Are you telling yourself any of these lies?

Lie #1: “I can’t rush the grieving process because I can’t control it.”

Let’s get one thing straight: It is imperative to grieve after a breakup. We all need our time to cry on the subway, binge-watch Netflix in our underwear, and eat all the ice cream.

But eventually, it has to stop.

Some people resist. They say, “I’m sick and tired of people telling me how long to grieve! I’ll grieve for as long as it takes!”

That’s fine. All the power to you. But I’ve coached people who were still grieving several years after a breakup. Do you want to be that person?

Grief can have a time limit and it’s up to you to decide when that is. My suggestion is to set a day and tell yourself, “After that day, I will leave my grief behind me.” Just like a smoker who decides to quit and says, “This is my last cigarette,” you have to tell yourself “I’m done with my grief.”

And just like a recovering smoker, you may fall off the wagon. That’s OK. Be gentle with yourself and keep trying. Your grief will subside but you have to start being deliberate about letting it go.

After my breakup, friends and family would say, “Don’t worry, time heals.”

I don’t know about you, but I hate giving “time” control of my life.

Time is the most valuable thing I’ve got and I don’t like wasting it.

Something I learned after my breakup is that time doesn’t heal. Taking action does. Learning how to deal with your negative emotions, looking deep inside yourself to see where YOU went wrong in the relationship, and rediscovering new meaning in your life takes a lot of effort. That’s why people allow time to heal—it’s passive and easy.

Getting over a breakup takes work. It’s not easy. When you accept that, you’ll start moving on faster.

It’s not enough to keep a relationship together.

People are dynamic, ever-changing creatures. If you change at a different speed or in a different direction than your partner, you will drift apart. If your values aren’t aligned, it won’t work. Love might still be there but the foundation of a healthy relationship starts to crumble when you and your partner diverge in new directions. That doesn’t mean you love each other any less, but it doesn’t mean you should stay together for the sake of love, either.

Lie #4: “I’ve wasted so much time with the wrong person.”

I was with my ex for five years. When we broke up, this lie crossed my mind. I thought to myself, “Shit! I’m 34 years old, single, and I just wasted five years with someone who wasn’t ‘the one’ and now I have to start all over again!”

But then I thought about all the things I’d done in those five years. Because of my ex, I had traveled to new places, learned a new language, changed my career, and became more self-aware than I’d ever been. Ironically, if it wasn’t for my ex I wouldn’t have been able to navigate our breakup and use my experience as the inspiration to help other people get over their breakups.

So if you’re thinking you just wasted your time with the wrong person, I encourage you to look back and think about the new things you’ve learned and experiences you’ve had. Think about the person you were before you met your ex and compare that to who you are now. I guarantee if you think hard enough you’ll find many reasons why your relationship was not a waste of time.

Give yourself a bit more credit.

Not only will you find someone new, but they’ll be a better match than your ex was. Start by looking deep within yourself to discover what went wrong and how you can prevent the same mistakes from happening in your next relationship.

If you take this time to become a better version-of-yourself, you’re going to attract a new person who will be better for you.

Like everythoing, relationships take practice. None of us get it right the first time. Look at your failed relationship as training. Because of your ex you now have new relationship muscles that are going to make you a better partner in the future.

You will find someone new and they’re going to be amazing.

You’re not alone. We all tell ourselves lies after a breakup. It’s a natural way of dealing with our grief. But lies and limiting beliefs can be overcome by reframing the way we look at them. When we become more aware of the lies, we can start to deal with them in productive and healthy ways.

Breakups are not easy to move on from. But like all things in life, our most significant growth comes during the times when we’re most challenged, uncomfortable, and scared.

Even though it might not feel like it right now, you will grow into a better person because of your breakup. One day, you’ll look back on this as one of the most formative experiences of your life.

Good luck. Things will get better, I promise.