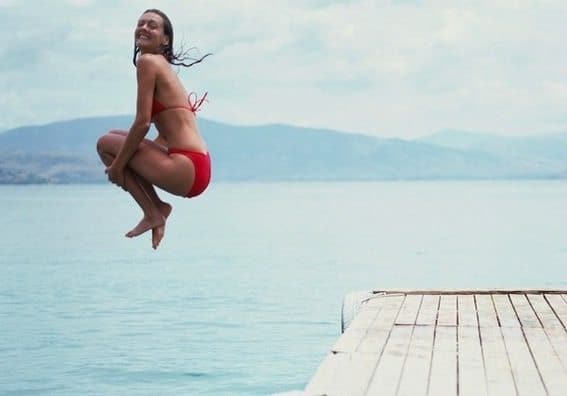 Feeling Upbeat in the Morning and Staying Positive All Day

When you arise in the morning, think of what a precious privilege it is to be alive – to breathe, to think, to enjoy, to love. – Marcus Aurelius

I groaned again.
Things were slipping out of control, and it was not just in the aspect of sleep, but rather in every aspect of my life. I had nothing to look forward to each day. There was nothing to inspire me to rise from bed every day. Why even get up at all?
This is just a small part of what my life used to be. The strength of depression is formidable and I would even venture to say it is more powerful than the alarm clock demon. For years this is how I functioned; with a hatred for the world and a sadness that sunk into my very bones.
But I won!
Eventually I came to realize that depression is simply a virus of the mind; it latches on to your brain and begins to systematically suck the happiness out of your life. Yet, like any virus, it can be defeated. You see, we as humans fight sickness with an immune system; a collection of cells designed to fight against foreign objects in our bodies. So, too, do we have a defense against depression. We have a weapon that, if used correctly, dwarfs the strength of depression and can vanquish the demons within. That weapon is the very thing we fear to have lost in the battle with depression: our minds.
My brain is a wonderful place nowadays, and I much enjoy the time I spend intimately with it, but it was not always like this. I had to realize that my mind is something that I control, not something that depression controls. I can control the things I think and feel and the actions I take.
It was not an easy transition; but over time as I fought against the thoughts that depression injected into my brain they became less frequent. The dark thoughts, the anger, the sadness, all of it started to fade as I rejected that method of living. Instead of always looking at the bad side of things I started to look at all of the positives in my life, and though at first they were hard to see, after a while I found that there is so much that is important to me. I wanted to be happy, and to do that I had to think happy thoughts.
So I fought.
And I won.
And so can you.
Our minds are marvellous things, and when we allow them to flourish we reach a place that is not only beautiful, but peaceful and happy as well. Depression is a disease that can be defeated. It can be beat, but only if we truly commit. So stand up, call a friend, and go live your life. Give yourself a reason to wake up every day. It won’t be easy but it’s worth the fight to feel alive again.