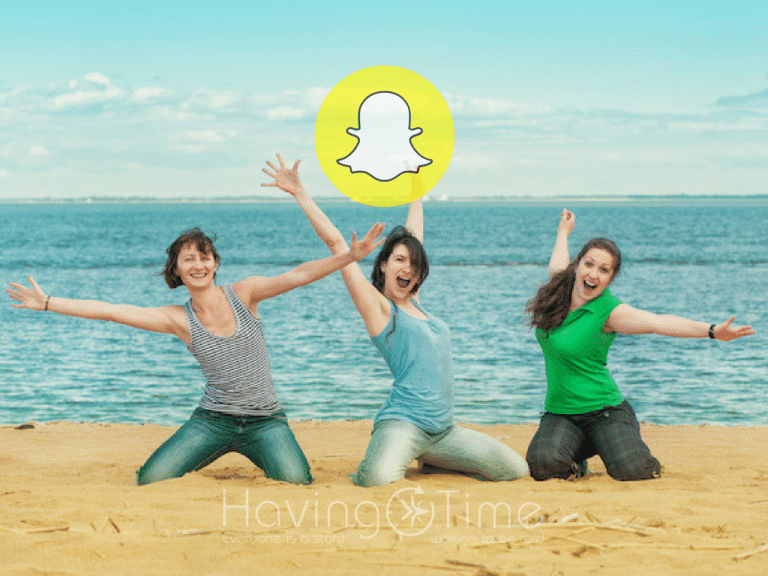 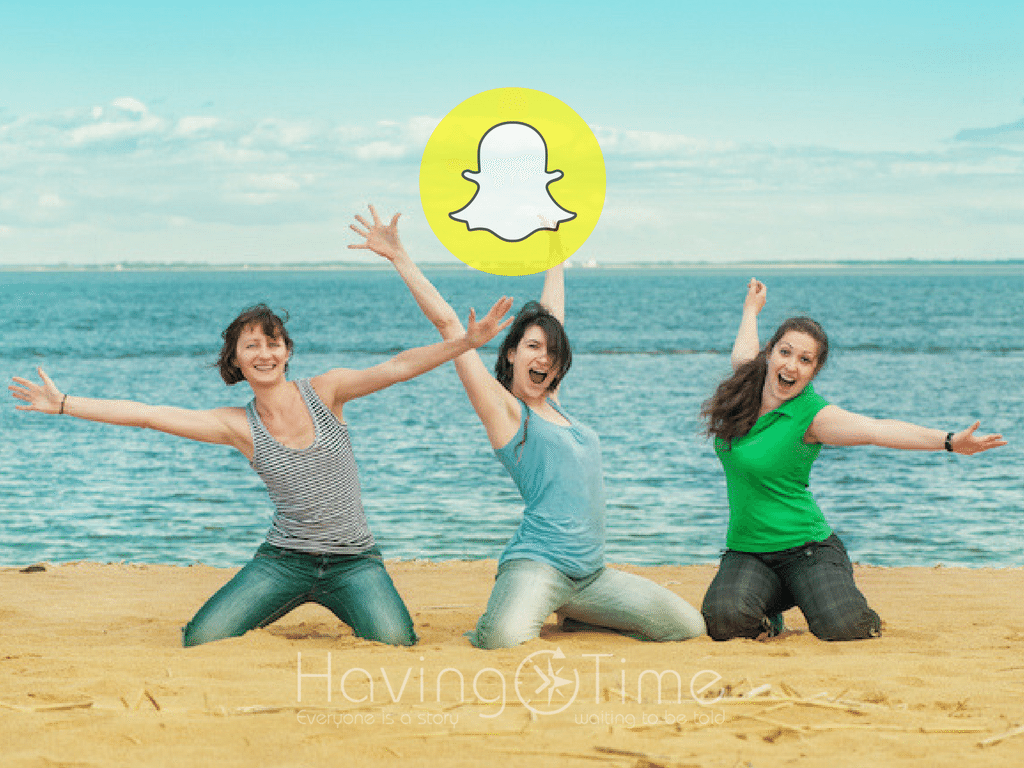 “You don’t have to control your thoughts. You just have to stop letting them control you.” –Dan Millman

Snapchat changed my life. You might think I’m exaggerating, but as an introvert who avoids attention and confrontation at all costs, I can assure you from the bottom of my easily-offended heart that it’s the truth.

I was a reasonably confident and ‘bubbly’ (I hate that word) teenager and young adult. I performed in local drama clubs and sang Abba classics like “The Winner Takes it All” in school shows. I entered talent contests and spoke in front of big crowds with a nervous disposition, but an “I can do it” attitude that always prevailed over any niggling fear in the back of my mind.

I was diagnosed with depression aged 25 and was unable to work for almost a year. The crushing realization that I was no longer a ‘career woman’ was inconceivable to me. I lost my identity and was certain I had nothing left to offer the world. I avoided social interactions because I was terrified of talking anyone other than my close friends, as this would mean explaining that I was unemployed and unable to work due to depression. This escalated into a full-blown anxiety disorder, and it affected me every day.

Fast-forward to now, and I’m aged 30, anxiety and depression free for most of the time, and there was one important tool that pushed me to where I am now. In the past six months, I’ve seen an incredible improvement in my ability to handle social situations, and it’s all down to Snapchat. Let me explain how I got to this place in three easy steps.

1. It got me talking

When I’m in a large group of people, I struggle to be heard. I’m not someone who likes the focus on me, but I also feel neglected, if I don’t partake in the conversation. This feeling of neglect made my anxiety worse because it confirmed the negative voices in my head which were saying I was worthless. When I started making videos on Snapchat, I would talk about how I was feeling that day, how my mood was and how I was going to try and improve it. I spoke about the fears I had about meeting new people, and I would report back whenever I had a positive interaction. I spoke publicly for the first time about my writing, depression, and anxiety and the great thing was that there was no one to talk to me and make me feel unimportant. I had space and privacy to say how I felt – even do a few takes if required – and people were listening. My friends watch all of my videos, and many of them have reported seeing a huge difference in my confidence since I started.

I talked about the fears I had about meeting new people, and I would report back whenever I had a positive interaction. I spoke publicly for the first time about my writing, depression, and anxiety, and the great thing was that there was no one to talk to me and make me feel unimportant. I had space and privacy to say how I felt – even do a few takes if required – and people were listening. My friends watch all of my videos, and many of them have reported seeing a huge difference in my confidence since I started.

2. It let me express my true self

I’ve said things on Snapchat that I wouldn’t say to someone in real life. I’m my own worst enemy when it comes to self-promotion, and it took me years to tell my family that I had my blog. I was embarrassed to show it to them and explain that it’s all about mental health because I thought it would be awkward. I would never introduce myself as a writer to a stranger, even though I’ve been a freelancer since I was 26. On Snapchat I can confidently say “I’m a blogger, writer and mental health advocate” without seeing the confusion in someone’s face before I have to go onto justify my work.

Snapchat was like a dry run for all the future human interactions I’ve had since with complete strangers regarding my blog.

Anxiety is a lonely illness. I lost a few friends when I stopped replying to emails, texts and phone calls. I didn’t want to be around others, and so that’s what my life became; a very private existence between me and my immediate circle. When I started opening up on Snapchat I learned to let my guard down. I gave people watching a piece of me that I’d never been able to give away before, and my vulnerability strengthened the bond between us more than I could’ve ever imagined.

People I used to work with sent me private messages thanking me for helping them feel less alone in their struggle with mental illness. My new friends – who I couldn’t tell about my anxiety in the beginning – got to hear first hand about my mood swings and crippling fear of knowing where the nearest toilet is at all times, and I felt more at ease knowing that they had some background information about my situation.

Although I won’t be attempting any Abba karaoke on my next night out, the progress I’ve made recently with my social anxiety has gone above and beyond anything I ever anticipated.

Talking to my iPhone camera isn’t something a therapist recommended but something I stumbled across in my attempts to reach out for help. I’m sure they’d be surprised to see how efficient it’s been at tackling such a debilitating illness. If it can work for me, then I’m confident it can help others break down the barriers that feel so permanent when anxiety takes over. So my advice to you is to get on Snapchat. Start talking, tell the world your story and you never know what might happen.