What is your current season of life? Do you feel good about how things are in your life right now or do you want for something to change? Have you been feeling anxious lately trying to stay on top of things pushing yourself harder so you can “have it all”? Read on to find out how to feel a whole lot less anxious about the season of life you are currently in.

One evening last Summer I lay in bed scrolling through Facebook, when suddenly, a certain picture caught my attention. Perched on a stone wall overlooking an exotic beach, a young female friend of mine sat smiling, her face awash with peace and contentment as she basked in the afternoon glow. ‘Living my best life!’ she wrote. ‘Never stop chasing your goals!’

Scrolling on, I then came across several statuses from other entrepreneurial friends, this time talking about major gigs they’d just landed, awards they’d won, or a huge increase in their social media following.

I was happy for my friends. I was. But if I’m honest, I was also overwhelmed with feelings of inadequacy, envy, and existential anxiety.

‘They tripled their income/Instagram followers/client numbers within three months? Far out, you’ve been at this for 12 months and you’re nowhere near that!’ nudged an ugly little voice of comparison.

‘Look at X, she’s just created a new online course, secured a major sponsorship, and booked a ton of speaking gigs — you really need to step up your game,’ taunted another.

The more I scrolled through social media, the more I was confronted by these feelings. And the only thing that made it worse, was also having to deal with the constant stream of ads from Instagram and Facebook, all of which made my anxiety even worse!

Grow your social following by 20K people in 24 hours…

The consensus was all the same.

You aren’t doing enough. You aren’t enough. And if you just worked harder, you could have all of your wildest dreams.

It stung. Because at the time I was recovering from burnout — precisely because I had spent the last year doing everything social media says to do: believing in myself, working harder, hustling day and night… and yet, I still hadn’t achieved massive success.

So often in life, we’re told that we can ‘have it all’ if only we work harder. That ‘anything is possible’ if we put our minds to it. But you know what? For the most part that’s just not true.

As a solo business owner and stay at home parent, it has taken me over two years to realize this. To finally stop buying into the idea that we can ‘have it all’ at once, and that if we don’t achieve overnight success, that it’s because we are not working hard enough.

Stop Hating the Season of Life you are in; Embrace it

This realization came to me earlier this year after I listened to a podcast between online marketing expert Jenna Kutcher and professional surfer Bethany Hamilton (also known as the young American woman who lost her left arm to a shark attack at age 13).

As I stood in the kitchen washing dishes on this particular day, listening to Bethany’s inspiring story, I was struck by one particular thing she shared: the importance of embracing the seasons we are in.

Suddenly, I realized just how much I had accomplished over the past two and a half years as a stay at home parent and business owner; and how much I had been mentally punishing myself through the thought-crime of self-comparison pushing myself into the pit of existential anxiety.

Instead of enjoying the process of creating my own business, and giving myself love and kudos for becoming an author, publishing two books, starting a writing coaching business, and growing from a shy introvert who couldn’t speak in public without shaking like a leaf, to speaking confidently in front of hundreds of people… AND while bringing up a baby… sadly, I could only see the things I wasn’t achieving.

I think the most disappointing thing, however, was that I wasn’t giving myself permission to enjoy motherhood either. Instead of embracing this season I was in as a parent, and having the opportunity to spend these years with my son while also working on my business, I was obsessed with trying to ‘have it all’ right now!

On that day, as I listened to Bethany and Jenna’s conversation, I realized that many of the people I was comparing myself to, were in a completely different season of life to myself.

In particular, I noticed three things.

On the flip side, I had no team members to help out, no nannies, and only around 1-3 hours every day to myself (depending on how well my son slept each day!).

When I gave myself permission to understand this, I saw — for the first time — how much I had actually achieved during my ‘season’ of being a stay-at-home parent.

Letting Go of The ‘Have it all’ Mindset

Coming to this realization not only gave me the power to begin honoring my achievements and embracing the season of life I am in, but it also had a hugely positive impact on my mental health. 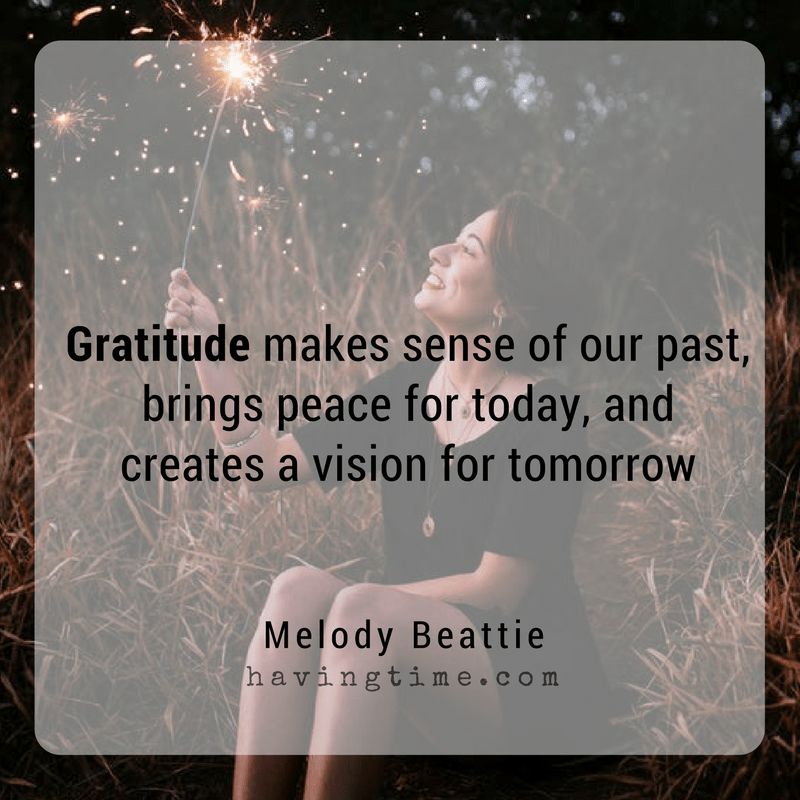 By swapping mental punishment and envy, for gratitude and acceptance, I finally felt free from so much of the anxiety I was holding onto.

I no longer felt envious of those I looked up to; instead, I understood that their journeys were just that — uniquely their own.

No longer did I spend every day mentally burning myself out trying to work out how to ‘achieve’ a certain income figure or a ‘perfect’ number of clients.

Understanding that the season of being a stay-at-home parent is not forever, and that in a few years’ time I will have so much more time to invest in myself and my business, has been hugely empowering.

I’ve also realized that, right now in this current season, I don’t necessarily want the lifestyles of those I look up to.

I don’t want to be away from my son for weeks if it means a sold-out speaking tour.

I don’t want to be away from my husband for months at a time and living out of hotels.

I don’t want to sacrifice my health and downtime, for ‘overnight success’.

I think it’s so easy for people to buy into the hype of entrepreneurial culture. But if you take a look around you at the people in your life or even successful entrepreneurs, you’ll see that nearly all of them have slogged it out for many, many years before drawing even with their expenses — let alone, making a profit!

Interestingly, since ‘letting go’ of expectation and instead focusing on gratitude for where I’m at in my journey, I’ve actually had more opportunities and clients come my way than I expected. Every week this year, I’ve had incredible offers or surprising opportunities manifest themselves in my life… despite not expecting any of them.

So if you’re an aspiring entrepreneur or someone who is trying to hustle after your dream despite the struggles of parenthood or financial/health challenges, please know this: sometimes no matter how hard we work for something, we will never ‘have it all.’

Sometimes, no matter how much we want something to work out right now, it may take a lot longer than we expect. And that’s okay.

If something matters to you, go after it. Commit to your goals, but exercise self-compassion when things take time.

Don’t hate the season you’re in; embrace it, and learn from the journey.

As they say, good things take time, and anything worth having takes commitment and long-term drive.

READ NEXT: One Mindset Shift That Will Help You Get Anything You Want