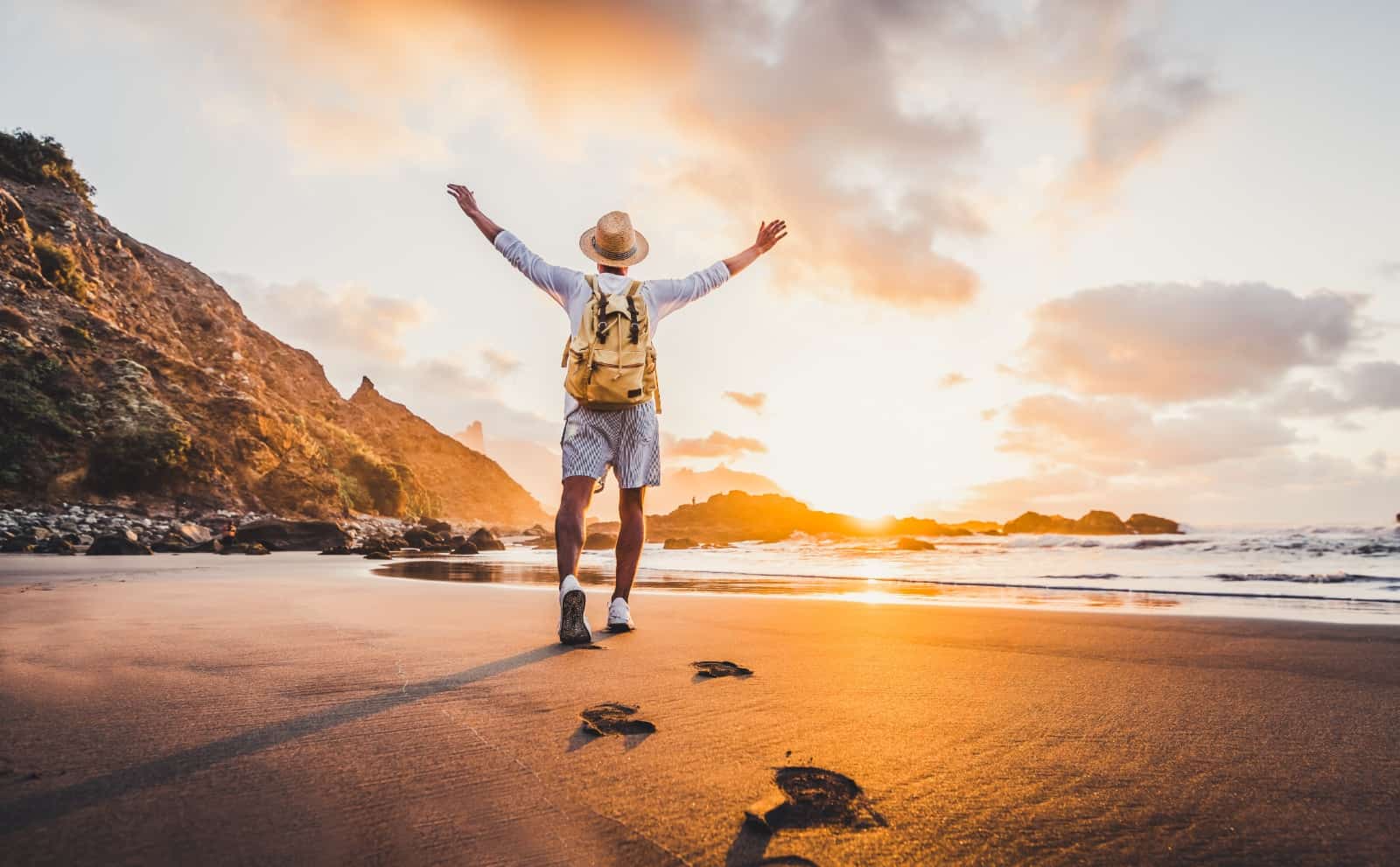 How to Find Your Path Towards Inner Freedom

What does it mean to be free? How do we find our path towards inner freedom?

Imagine yourself on a private Mediterranean beach, with the warm sun suspended high in the sky. The only way to the beach is a tricky yet rewarding walk, straight down a cliff.

Once you arrive, the sand in between your toes reminds you that here you don’t have to act or look a certain way. With every layer of clothes you take off, every expectation or pressure you’ve ever felt comes off too! Free to lay down or dance, play in the water or soak up sun rays. You can laugh, scream, sing, or swoon; the choice is yours. Entirely free to be yourself!

How do you get inner freedom?

Free to be me? What did that even mean? I remember being so fascinated with this feeling when I was there on the beach in Greece. It was so liberating! Being happy to be alone, I didn’t have to be anybody.

While on that vacation, I ended an unhealthy marriage engagement and was taking needed space from judgemental family members. I also realized I didn’t need to be identified with being an Airman in the Air Force. Sure, that was my job, but it wasn’t me.

Allowing myself to release all these expectations was the first time I felt free, felt peace! It was so simple, and I didn’t have to fight or search for it.

Peace came from within me, piercing through the military uniform I would wear for work. I was told that wearing the Air Force uniform was how we, as American’s have freedom, but really, it was another way to identify myself, blocking freedom.

Why was it that I was asked to maintain peace with violence by calling myself an Airman? This seemed so twisted to me, so I decided to do something about it!

I sought out therapy, began meditating, and continued to spend time with Nature. I released who I thought I needed to be, how to look, what to say, or how to think.

“Peeling back layers of the onion”, my therapist would say. With each layer, I pulled off, just like when I walked onto that beach in Greece, I began to see clearly why I felt so unhappy.

It wasn’t my difficult childhood, feeling lonely most of my life, or that I was contracted to the military. It was my own thoughts, the perspective I chose to have, regardless of the circumstances! Just like it was my choice to jump, sing, yell or dance with the waves. Free to accept and be, as I was.

I realized that by fighting for peace, I was making so much pain and destruction for myself and others in the world.

Peace is not something to be won or obtained; Peace is a choice

As cliche as it sounds, I learned peace is a choice! It was feeling like my entire life I was caught in a never-ending hurricane, and then one day, I was floating in the eye of the storm. I didn’t need the storm to end but instead chose to navigate between the storm and the calm, finding a balance between the chaos and the order.

By doing something uncomfortable and hiking down that cliff, I opened myself up to experiencing more of what life always has to offer; peace and freedom, even with so many anxieties or expectations.

Knowing that true peace can never be taken away, I didn’t have to fight for it. Embracing being uncomfortable, really feeling the sand between my toes, and choosing to surrender to life, is how I found internal liberation and stopped fighting for freedom.

READ NEXT: How to Positively Redefine Yourself by Letting Go of the Past