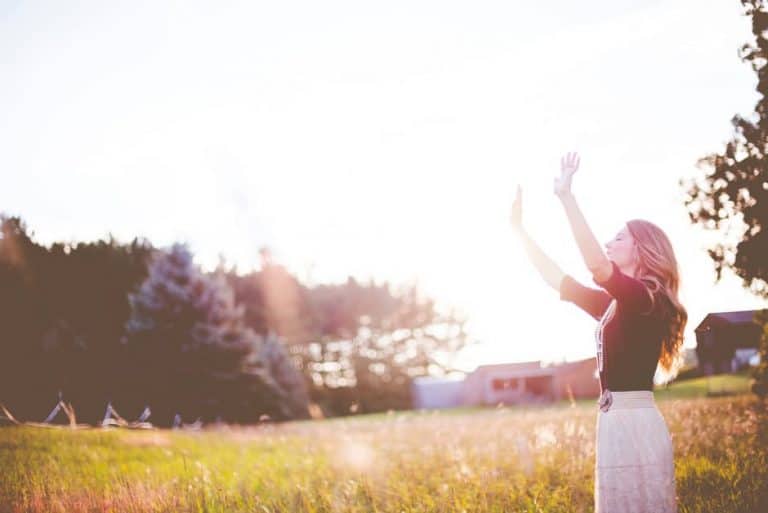 How to Forgive When Forgiveness Seems Impossible

How do you forgive your abuser?  I was asked this recently by a woman who is a survivor of domestic violence.  She too is free and turning her life around, but still, struggles to forgive her ex.

It’s a good question.  How did I forgive the man who abused me?

When I first left a violent man, I felt emotions for the first time in years.  I’d become so numb in the relationship. I stopped feeling them. I suppressed them, as what I was going through was way too painful to deal with.  I hid them from my ex, as he would twist and use them as a weapon to hurt me.  He saw weaknesses as a chink in my armor that he could pierce and wound.

Emotions were of no use to me.  I no longer trusted my gut instincts.  According to him, they were wrong.  He blamed me for the abuse he metered out to me.  And I started to believe I deserved it.   So they were skewed.

I knew not to trust my judgment anymore and that my self-esteem was low.  I would most likely attract another manipulative man.  I had to stay still and process what I had been through.   It was time for me to focus on me and to heal myself.

The reason damaged, narcissistic people are attractive to us is their baggage matches ours.   It feels right, because we fit, albeit in a dysfunctional way.  We, like them, are lacking self-esteem.  We too have little self-worth, (even though Narcissists have an inflated sense of entitlement).   But, as their issues appear greater than ours, we can focus on them.  This allows us to deny our own.  We can avoid looking deep at our own, too painful, flaws.

I filled the void I felt inside by trying to rescue and fix my ex.  He ‘needed me’ I thought. If I could love him enough.  If I could prove, I was worthy enough.  I could be all he needed to fix his damaged soul to become the man I believed him to be deep inside.  The loving one trapped inside the abusive man.  The one, damaged by a painful past, he was not to blame for.

Chaos and drama also denied me the stillness necessary to reveal my damaged inner self. It was such an effective anesthetic; I didn’t even know it was.

So there I was, still for the first time in years.   It was volcanic, the eruption of those long-denied emotions.  Now they were safe and free to come out.  I have never felt such raw pain as that.  The wounded loneliness of feeling abandoned.  The anger that someone I loved had been violent towards me, almost killed me.   The grief as my dream of a happy family disintegrated into ashes.  Many times I lay fetal, sobbing gut-wrenching tears.  It was so visceral it was like I was crying out all the pain I’d ever felt in my entire life.

I had to take a hard look at myself. Why was there that void in me? What had caused my lack of self-esteem?   Why was I attracted to and stay with a violent guy, when others would have run a mile?  I’ve talked about this before so I won’t go into detail again here.   But suffice to say, once I’d done that I was able to heal.  You can’t say when you are still numb, denying your emotions and needs.

How to Forgive When Forgiveness Seems Impossible

That was easy for me.  I realized that it was not about forgiving my ex for what he had done to me.  It was okay to remain angry about that.  It was more important that I forgive me.  I wasn’t to blame. I didn’t provoke it or bring it on myself.  No-one deserves violence against them.   I could forgive myself; it wasn’t my fault.   But there was more I needed to forgive, to heal.

I became a victim, as somehow not all my emotional needs were met as a child, despite my happy childhood.  My lack of self-esteem was deep inside me, long before I had ever met my ex.  I realized I had to forgive the flaws in my parents that led to my own.   To understand them, forgive them, to heal me.  I had to keep all the good things I inherited from them.  But break the negative patterns to stop them passing down to my sons.

Forgiving my ex then followed of its accord.  I realized, to stay angry.  To feel bitterness towards him meant I was still allowing him control over me.  Allowing negative emotions to affect me meant I was still his victim. I was handing my power to him and would forever remain joined to him.  I had to take it back.

[bctt tweet=”To stay angry at my abuser meant I was still his victim. Forgiving him made me free.” username=”havingtime”]

I learned to separate his unacceptable actions from the damaged man. Don’t get me wrong –  he was responsible for them, I have no doubt about that. But he too was a victim in a way.  The negative patterns that lead to abuse.  The cycle of violence in any relationship doesn’t happen in isolation.  It is passed down from generation to generation.  Somehow his lack of self-esteem, his need to control was imprinted in him as a child.   He was responsible for the abuse, but not to blame.  Understanding that allowed me to let go.  Letting go of him, forgiving him is what led to my freedom from him.

I understand that he still feels enormous bitterness towards me for leaving him.  Thirty years on!  I feel sorry for him, but it’s not my problem.   I am the opposite.  I am perversely grateful that for my time with him. Not for the violence, but for the fact that he held up a mirror to me.   Understanding what happened made me look hard at my part in the relationship.  To take responsibility for my flaws and nurture my insecurities.  It made me a better person today than I would be had I not learned from the experience.

People come into your life for a reason.   “When the student is ready, the teacher comes” is a mantra I now live by.   Sometimes they are a mirror reflecting back at you parts of yourself.   Learn from them and let bad experiences teach you something about yourself.  Become a better person because of them.  Then move on, forgive and let go.

Are you finding it hard to forgive?  How did you move on and let go?  Let me know in the comments below.