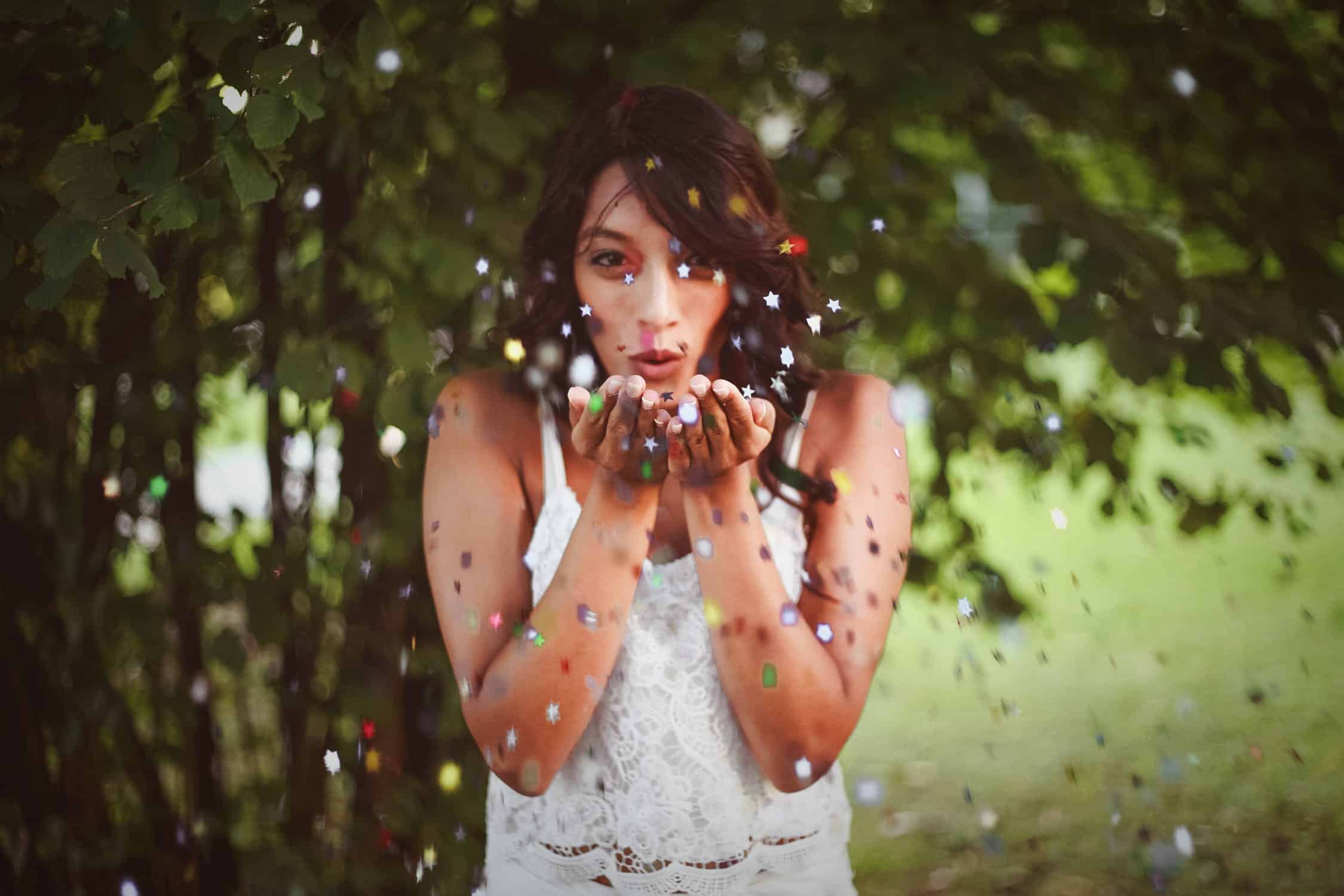 How to Take Your Life From Stuck to Absolutely Amazing

Let’s face it, realizing what isn’t working for you anymore is equally as important as realizing what is. You’ve probably been stuck in life a time or two. In fact, if you’re reading this, there’s a good chance you’re stuck on something right now. Being in that sticky place feels like standing on quicksand, doesn’t it? The more you struggle, the further you seem to sink, but you can’t stop thrashing around. Yet, there’s always a way out and you can get unstuck; let me share a secret how you can take your life from stuck to absolutely amazing.

Feeling stuck is exhausting because it puts you in constant emotional motion, but you’re not actually getting anywhere (except deeper in the quicksand pit). Even worse, stuck comes with its own playlist of dark emotions.

In the beginning, you might be frustrated, impatient, or indignant. Eventually, after fighting stuck for a while, you transition to feeling angry, sad, resigned, and possibly even hopeless.

Stuck-ness involves struggle and repetition. Maybe you’re having the same argument over and over again with an important person in your life, where you talk the problem to death, but can’t seem to solve it. Or the same kind of person could be showing up in your life, again and again, derailing your life’s progress with their drama and distraction.

You could be in the worst of stuck, where you’ve fallen into a self-defeating pattern. This is ‘the stuck’ where you’re doing something that isn’t good for you or your life. You know your behavior is in conflict with what you want for yourself. But you keep doing it anyway. 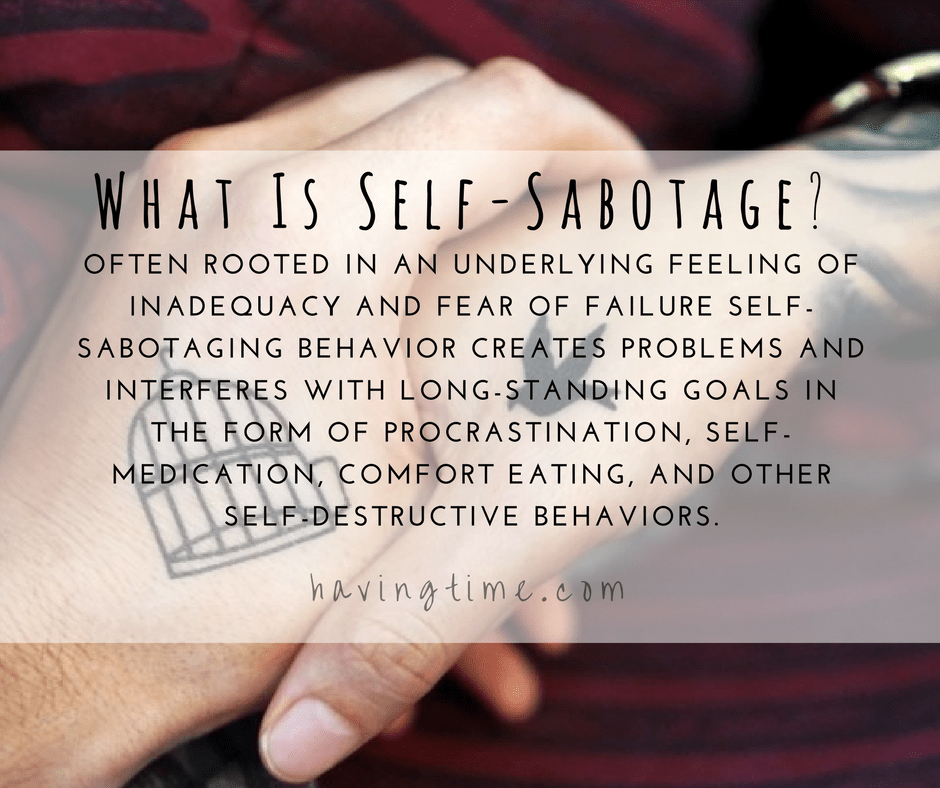 Maybe you’re spending money you don’t have, or procrastinating and avoiding doing what needs to be done. You could be self-harming too. Maybe you’re drinking or popping a pill to numb out, pounding bags of Doritos to comfort yourself, or confusing sex with love. Every morning you vow you won’t do whatever your “it” is again, but you do. Again. And again. And again.

That (of course) makes you feel so bad about yourself that you need a little something to numb or comfort again, so you go right back to what you said you wouldn’t do. It’s a vicious cycle on perpetual repeat.

Would you be interested if I told you I had a formula you could use to get unstuck?

I’ve used this formula myself (for some doozies) and as a life coach for women, I’ve taught many of my clients how to use it for themselves.

No matter how bad things are right now, or how long you’ve been dealing with your problem or self-defeating pattern, I want you to know you can change it. You don’t have to live with stuck. You are way bigger than that. You CAN take your life from stuck to absolutely amazing.

Life will present you with plenty of problems. Things aren’t always going to work out the way you want them to. You’re going to have to do some things you really don’t want to do to have what you want. You’re also going to be disappointed. Many times.

I wish this wasn’t true, but I’m here to give it to you straight. What’s straight is that life comes with the hard stuff. The way you meet your difficulties and disappointments matters. In fact, it decides how often you hang out with stuck.

Resistance is the refusal to accept the truth. It’s arguing with life, which is futile and exhausting. When you’re in resistance you surrender your power to the very situation you’re objecting to. (Yuck, right?)

How do you know if you’re in resistance? If you feel annoyed, frustrated, or defensive when you think about your problem, you might be. If you find yourself playing the victim, arguing about how unfair your situation is, or justifying your actions, you probably are. If you’ve become emotionally reactive, and find yourself losing it over the topic, you’re in it.

Outside of the fact that it feels terrible, resistance keeps you stuck. It focuses you solely on the problem instead of on the solution, and it puts you smack dab in the middle of your own poor-me-story.

Please don’t misunderstand me. I am not for one moment saying you don’t have a right to be upset when difficult things happen in your life. You do. In fact, you have a right to every feeling that bubbles up in your heart.

When you encounter hard circumstances, I want you to feel your feelings. I just don’t want you to live in the dark debilitating ones. (For a little help on feeling your feelings check out my blog How to deal with disappointment.)

No matter what you’re feeling or facing, it’s important to know that you can overcome resistance. Just choose the other path. Get responsive. That’s just like it sounds. When a challenging circumstance presents itself, instead of reacting to the unfairness of the problem, use your energy to figure out how to solve it.

You can put this into practice by asking two questions:

While it may feel a little odd at first, you’ll get the hang of it quickly. Once you do, you’ll leave resistance in the dust where it belongs.

Okay, you ready? The next one’s a whopper.

Step 2 – Stop arguing for your limitations. Look for opportunities instead

How often do you make excuses? When someone offers you advice, what’s the first thing you do? Do you pause and consider how their approach might work? Or do you begin to make a mental checklist of all the reasons it won’t?

If you’re making excuses or talking about why you can’t have what you want, you’re keeping yourself stuck, and you need to stop it. For real. Because you’ll live in a ‘stuck city’ for the rest of your life if you don’t.

It doesn’t make any sense to argue against yourself, does it? So why on earth would you do it? Many times, something called secondary gain is at play. This sounds fancy, but it just means that on some level, being stuck is working for you.

Maybe you get attention for having this problem, or it lets you avoid risking or putting yourself out there. What part of being stuck is working for you right now? If you’re living on excuses, it might help to take a look.

Another way limits can show up in your life is when you develop a pattern of only seeing through a lens of limits. You get what you look for, so it’s important to get clear about how you’re seeing.

If you see through the lens of limits, habitually noticing what’s wrong or why something can’t work, you’re going to get a lot of wrong and not working.

If you focus instead through a resourceful lens, noticing what’s right and how you might figure something out, you’ll surprise yourself by how many solutions are available to you right now.

I want you to see opportunity instead of limitation when you look at your life. That does not mean I want you to pretend something is okay when it’s not.

You’re seriously going to love this once you get the hang of it. It feels like a superpower. But don’t take my word for it. Try it out for yourself.

This week, catch yourself when you start to defend an action or make an excuse. (No beating yourself up. Use your awareness for good.) Take a beat. Breathe. Breathe once more. Then look through a resourceful lens. You just might surprise yourself with how much good stuff you see.

Okay, that was the hard part. Now our final step will be a breeze.

If you want out of stuck, you need to move your feet. You need to step on that life path of yours and start walking. But you don’t need to run. (Crawling is even quite acceptable.)

Do you know what else you don’t need? You don’t need to know what every step on your road looks like. In fact, I don’t believe that really happens. And anyone telling you they know all their steps is either not-of-this-world or not being completely honest.

No one knows what all of their steps will look like. And everyone is afraid. But once you stare down the gap between where you’re at today and where you want to be, the distance between the two can feel overwhelming.

The gap becomes more manageable when you break it down. If you’re at point A, the steps to get to Z might as well be a big black hole. (And staring into a black abyss is not exactly motivating, is it?)

When you stare into the abyss (and you will) remember this. You only need to know your next step. If you’re at step A, just focus on how to get to B. Once you land there, C will reveal itself. Which will reveal D. And so on and so forth.

There’s a trust required here, especially for the first few steps. You have to believe the next step will appear, and you need to know that whatever it looks like (even if it’s a big scary mess), you can handle it.

In fact, you can handle whatever life serves up. Remember that every step counts – even the half ones. And if you stumble backward (or have to do that crawling thing we talked about) don’t panic. Pause. Breathe. Eyes forward. Shoulders back. Head up. Respond.

READ NEXT: How to Be Free, Fulfilled and Live the Life of Your Dreams