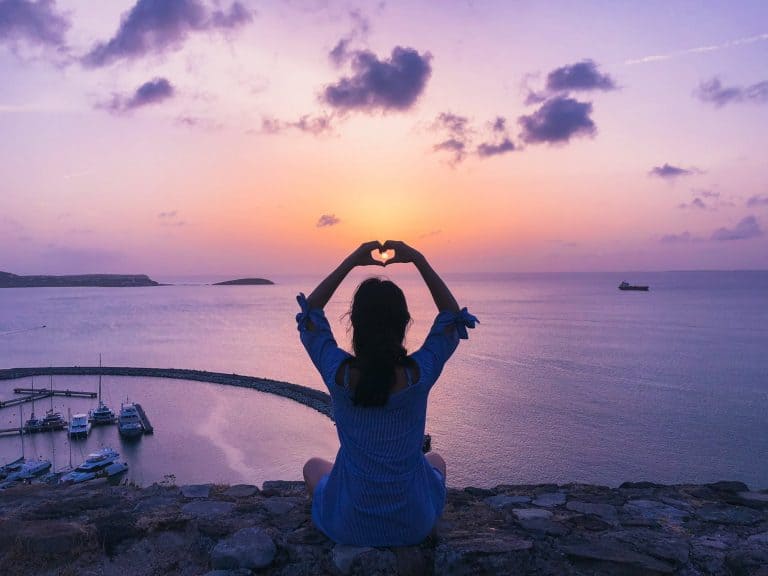 Your acts of kindness can make a big difference in the world, making it a better place. Kindness is a simple concept, yet incredibly impactful. It has the power to drastically improve your well-being as well as that of your family, friends, acquaintances, and strangers you meet on the street every day. The world could use some extra kindness right about now. 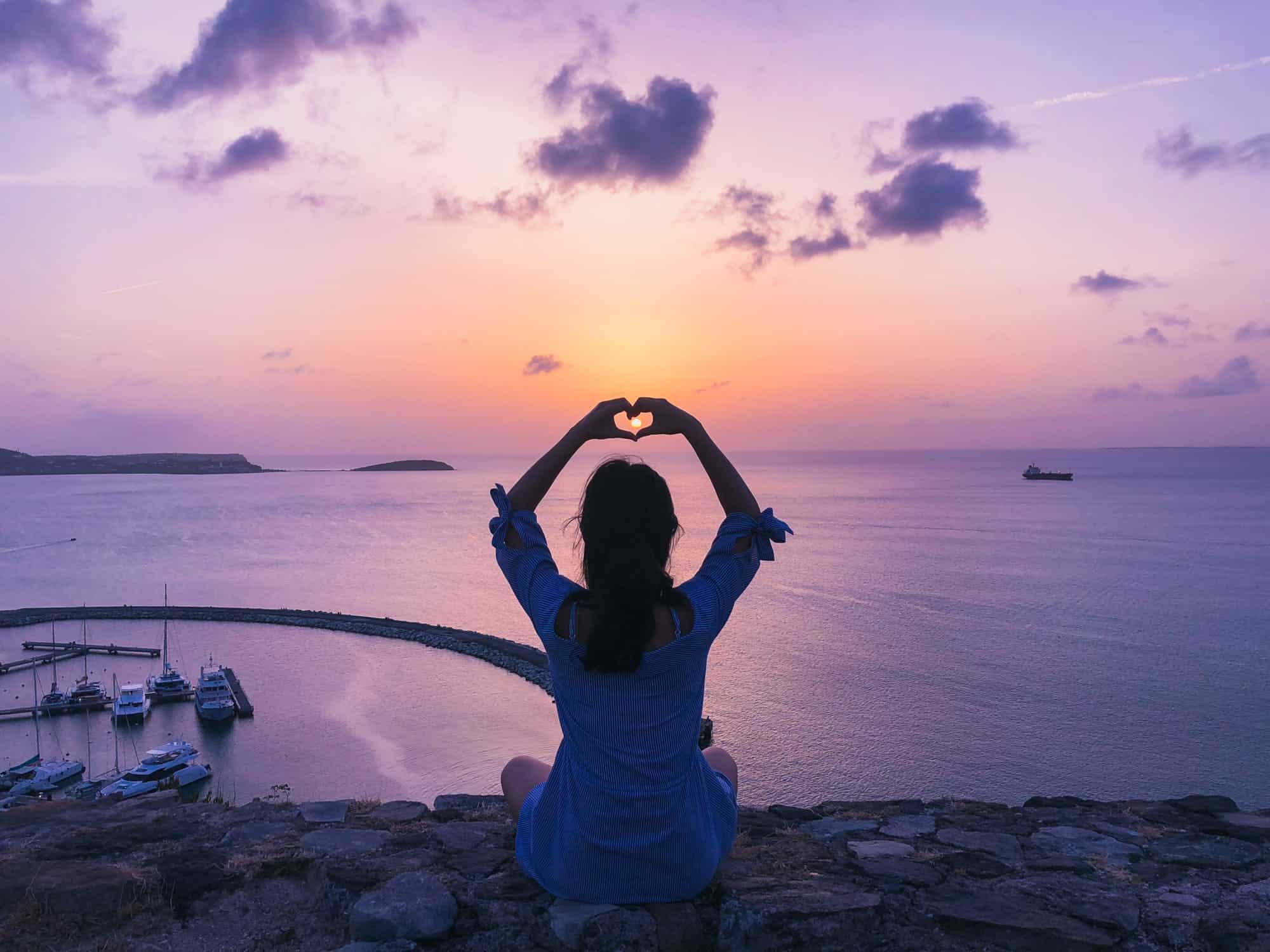 Random acts of kindness was a concept that first came into my life when I was 16; I was young, free-spirited,  having fun and thought nothing could hurt me. One night I was staying out far too late without my parents knowing… what teenager hasn’t done this? Though having an asthma attack in the middle of the city with no inhaler was not something I had planned for, it was terrifying!

As panic set in I could see my friends around me trying to help but all I could do was to concentrate on trying to control my breathing patterns, working slowly to hold any oxygen I could get into my lungs before the inevitable would happen where panic would win and instead of walking away I would have to have an ambulance or some kind of emergency service come to rescue me.

What I most definitely was not expecting was this very well dressed man who walked straight up to my friends and me and handed me a plastic bag that I instinctively took, and when I looked inside, there was a brand new asthma inhaler in its package purchased from the pharmacy around the corner.  I was stunned!

I remember as I tried to speak to thank and pay him or even to question who he was or where he had come from… all he said to me was:

I don’t want anything, what I do want is for you to remember this and help someone else out when they need help.

Not a day goes by that I don’t think of this man who had walked by me, knew that I needed help and helped me for absolutely no reason. I repay this person and his wish as often as I can and not because I feel I need to, I don’t, it is because seeing the look on someone’s face of pure shock, relief, and happiness to me is like watching a little miracle take place.

Strangely this has happened to me more than once!

About six years ago I had a very crappy car with the driver side wing mirror that was honestly just hanging off the car! My kids were mortified, and I swore I would fix it but never knew when exactly I would, and a few weeks before Christmas there was the most unusual snowstorm, and I was forced to abandon my car at the train station and walk home. I knew the next morning was not going to be pleasant as not only would I have to walk back to the train station but so would my kids so I could take them to school…. Anyways there wasn’t a lot I could do so I just went home.

The next morning myself and my kids set off to the train station, and when we finally got to my car we hopped in and I turned it on waiting a few minutes in the hope that the heat would soon kick in and warm us up when I glanced over and thought oh my god I’m in the wrong car!!!

I started looking around, and the kids noticed my panic and I said this is so weird as I pointed to the wing mirror that was 100% brand new… I wanted to cry. I got out of the car and inspected it in total disbelief, and my kids were now laughing and bemused by the bizarre occurrence. I can’t even describe how cold it was that night with snow pelting down and someone took the time to fix the mirror on my car.

I had never found out who it was and not that it matters it restored my faith in humanity especially at a time when I needed it most!

I realized that what I was experiencing at that moment was some random miracle that felt so so good that is was too good not to pass on!

One of my personal favorite stories is one of a bathroom attendant named Dorothy.

I met Dorothy by chance one night as she sat by the sinks in the bathroom of a very trendy restaurant.  Dorothy handed out paper towels, offered perfumes and always had a nice little comment to say to the women walking in and out.

I could see she was such a good human being and someone who was humble and very proud, her eyes looked tired, but I could see this radiant glow from her that almost seemed as if it had started to fade…  my heart melted.

I’ll admit I went to the bathroom several times that night and each time is giving her 2 or 3 dollars, and she graciously thanked me.

Still, I cannot describe the connection with her except that I knew what was coming and my last visit to the bathroom I spoke to her for a few minutes and then shook her hand and with that I slipped a single one hundred dollar note into her hand. She thanked me as I walked out and I waved goodbye.

I really could think of nothing other than that last goodbye, and on the very last night of my holiday, I insisted on going back to this restaurant on the chance of another encounter. It was like striking gold – she was there!

I have never gone back to see someone who I randomly did anything for, but with Dorothy, it felt a little different. That last evening I waited just before I knew I would be leaving and I walked into the bathroom, she was talking to a few women, and so after they went I walked over and smiled at her… she looked at me and smiled and then she looked at me, and she jumped up out of her chair she walked over to me, and we just hugged.

She was speechless which wasn’t what I was going for she just asked me why you would do that?

I just told her I hoped that she might find a right place to use it. It was almost as if she transformed into this woman I had known all my life as we sat down and talked and she told me that she was going to use the money to buy enough food so she could invite everyone in her family over for dinner.

She told me how she shared with her best friend that night what had happened and her friend said Dorothy people don’t just give people one hundred dollars.  I smiled and told her sometimes they do!

I sometimes toy with the conundrum as to whether or not random acts of kindness are genuinely generous or secretly selfish because of the pleasure I get from helping people randomly who have never asked for anything from me and that I most likely won’t ever see again is almost confusing.

Does it matter if it were selfish?

No is my answer and even if it were a little bit selfish how wrong can it be helping others?

I am sure that my own life would not be as it is today without all of the many miracles that have taken place on behalf of others!