Learning How to Create Balance Through Life Challenges 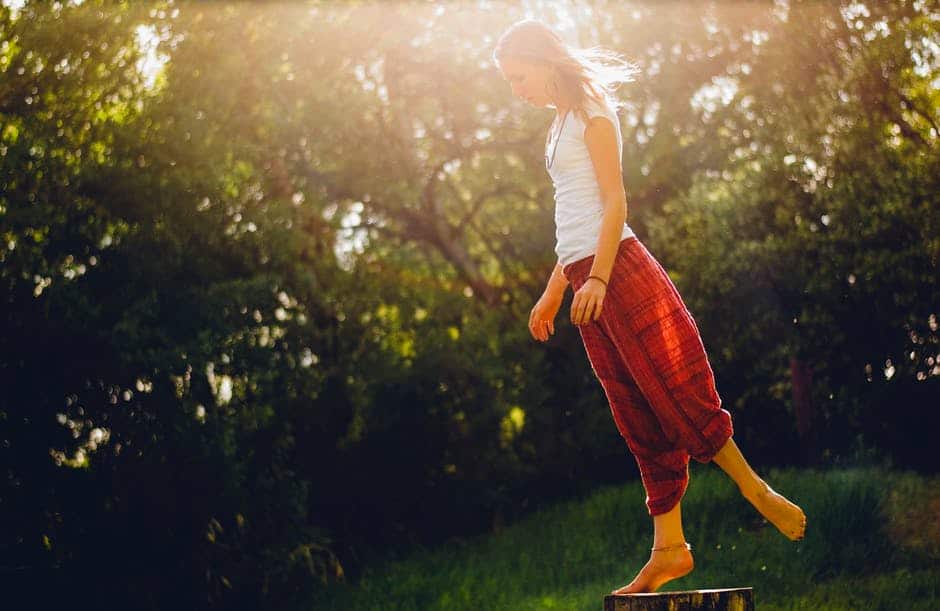 “Happiness is not a matter of intensity but of balance, order, rhythm and harmony.” – Thomas Merton

I was having a conversation with My Wonderful Boyfriend (MWB) last week, and the topic of balance came up.

MWB is a freelance director (to put it loosely). He got into the industry straight out of college and never looked back, scoring gigs from entry level PA to the director as he rose through the ranks of Hollywood. Though it may have been rough at first, MWB now has no real shortage of opportunities for work (which I’m envious over), but he admitted that he regrets working so hard through his early twenties.

“Really?” I asked, relieved that I wasn’t the only person alive with regrets related to working.

From the outside looking in, it doesn’t look like I’d have very much to be worried about. Such is the never-ending struggle of writer-life; you never look as busy as you are to non-writers. My priorities, projects, and overall personality have conditioned me to hammer out my work flow for the most part, but every so often one aspect of life tips the scale and then the whole thing’s thrown off.

This has led me to take a step back and to examine society’s struggles of keeping up with work.

It’s somewhat a universal norm that choosing a career, working toward that goal, and either maintaining your status or climbing the corporate ladder until you’ve become the absolute best is highly valued (at least from an American point-of-view).

I hate this idea.

Goals are a wonderful, crucial, tool and should be taken seriously. I am, though, fully against putting your all into any one thing for too long. This is not a knock against focus or motivation (let me be clear). But burn-out is real, and it will take you down swinging if you let it.

That’s why I believe in balance. 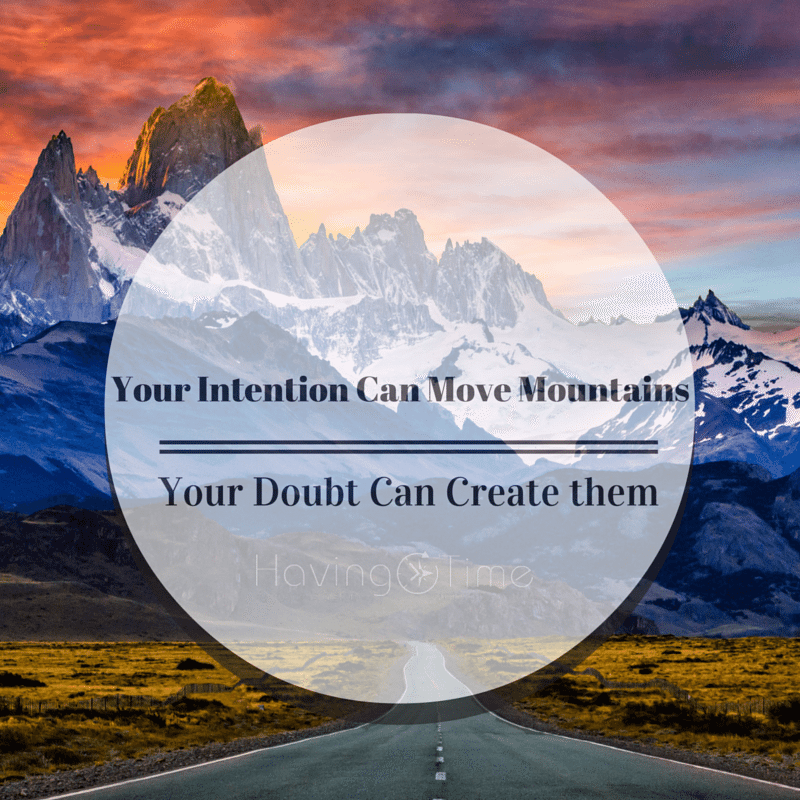 Learning How to Create Balance Through Life Challenges

Finding your flow in life and work is a very detailed, individually specific, journey that several people will take the rest of their lives to figure out. I’m nowhere near finding my total balance yet, however, every time that I level out, I feel I’m that much closer to the mark.

And for those of you that are at a loss of how to stop the speeding train that is your career (making you miss important events in your life), there’s a realization that I came to some years ago that you may find helpful:

Yall thought I was going to say “yoga,” huh? Nope. I mean that would probably help too, but I’m going to hit you with some philosophy instead.

Existentialism can seem a little harsh, and I’m not asking you to change your ideologies just because I posted this, yet it carries some useful properties to be considered.

I’ve done the whole “put-your-head-down-and-make-your-parents-proud” thing and, although it gave me some amazing experiences, I was left with a bad taste in my mouth (I’m probably stepping on the toes of strict parenting, that I also come from, and have thus disappointed, but this is important).

I’d argue that some of you know what I’m talking about: missed birthdays (maybe even missed births), not spending time with family and friends, trading traveling (and pursuing what makes you happy) to gain more ground in your fields of study.

Again, I’m not saying any of this to pile on the guilt or to make you feel any worse about what’s already happened. What I’m saying is that I get it. It sucks having to choose between what you feel that you have to do to make it in the world and what you feel is important to your well-being (beloved by your respective circles).

So then, what do you do?

If you watched that nifty video I hyperlinked above; it gave some really solid points on the possibility that one’s life pursuits are not necessarily “preordained,” rather, they are decided as life continues along. I am NOT championing that anyone should go flip-off the sky, decry “higher callings,” and lead a life of wild abandon. Instead, I’m asking you to take a little time and evaluate (or reevaluate) what means most to you. 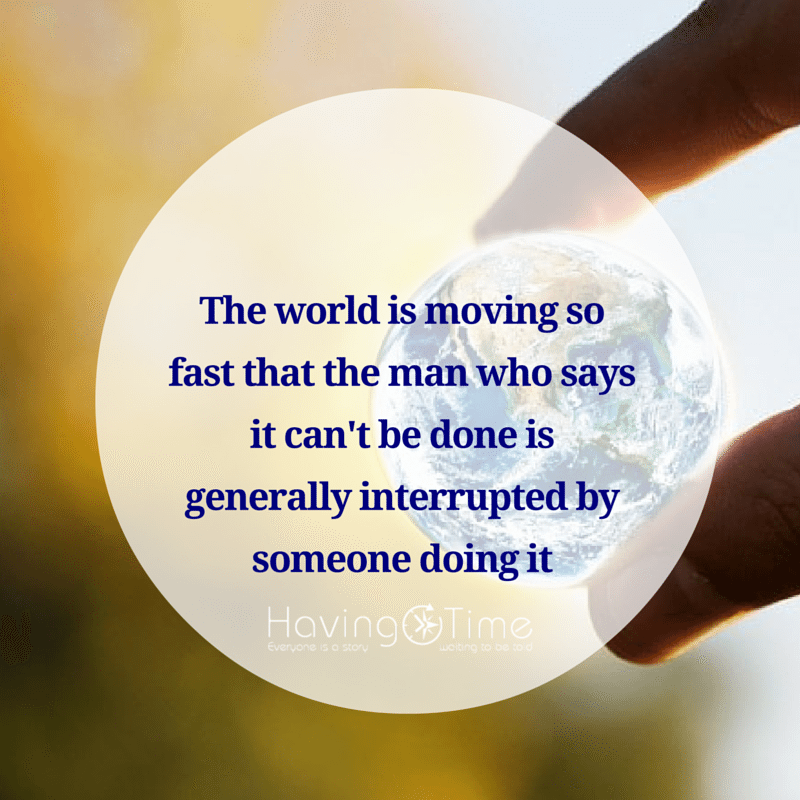 “The world is moving so fast that the man who says it can’t be done is generally interrupted by someone doing it.” – Elbert Hubbard

You can be conscious of your spending and still make your significant other feel loved. You can work toward your goals without having to completely sacrifice watching your family grow. You can do both, because, everything is important while being unimportant at the same time.

Making sure that your children never live with the stress and struggles that you experienced in childhood is innate (and good parenting). But if you’re so focused on providing for them that you end up knowing nothing about them, then there’s a problem. Balance. The struggle is real, but it’s also good for us (in manageable doses).

And please, do not feel bad about making necessary sacrifices. You are brave and a lot stronger than most of us for being able to make those judgment calls. I just want to stress that life isn’t solidly black or white. It’s not just “work-and-nothing-else” or “never-work-and-be-lazy-forever.” It’s a sloppy mix of both (and some other third thing); you have to spread yourself evenly or risk flaming out or miss out on everything altogether.

MWB and I made the decision long before meeting each other to change our focus and to work toward balancing priorities with self-care. It’s been a hard choice to stick to, but it’s going to be well worth it in the end if we end up married with 2.5 beautiful children and a boat load of extended family. We both work ourselves half to death to make moves. On the other hand, we and also recognize that we are but humble humans scratching our existence off of rocks… 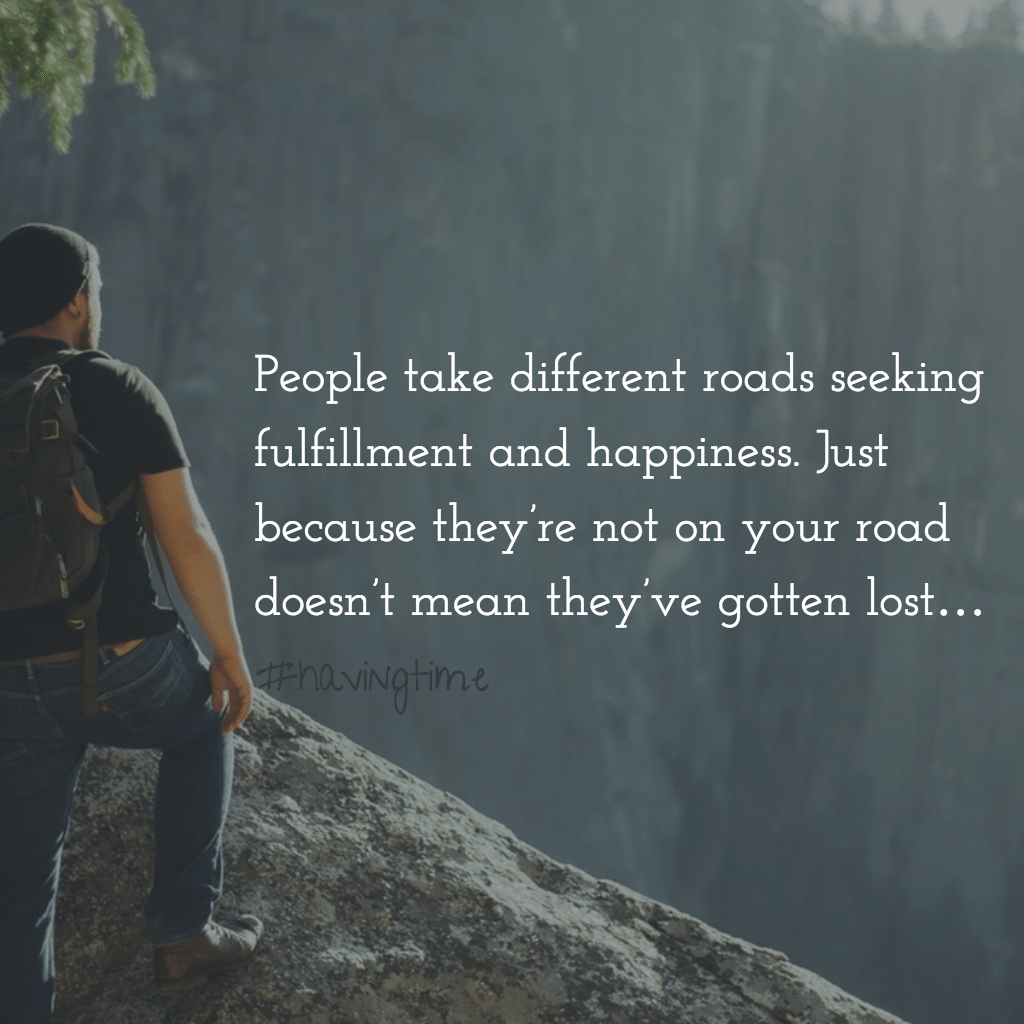 So why not take time out for really dumb, hilarious, usually free, detours in between gigs? Or maybe during gigs, but after that day’s shooting? Or in the middle of researching for articles? Or just after one of us has gone to bed and we poke them back awake to say our final “I-loves-you”s of the day?

Any decision to change is going to be one heck of a challenge, but start small: go for a walk in the mall after work and window shop for your best friend, literally anything you could think of as a small, fun, diversion from normalcy.

If any of this jells with you, then huzzah. If you think it’s a bunch of fluffy hippy-crap, then ok but I hope that you still take the time to watch that awesome video linked above and that you call your mom today (or dad or grandparent or sibling or message you estranged friend that-you-stalk-on-facebook).

Remember that humans need interpersonal relationships to survive. This journey, although personal, hinges on support. So take it step-by-step and don’t forget to reward yourself for your bravery (I like a good cinnamon roll after a hard decision, myself).

How Practicing Self-Care Can Make You a Better Parent

4 Effective Things You Can Do to Improve Your Sleep

What is The Best Diet for Healing After Surgery?

Happiness is Not a Destination: How to Enjoy the Journey