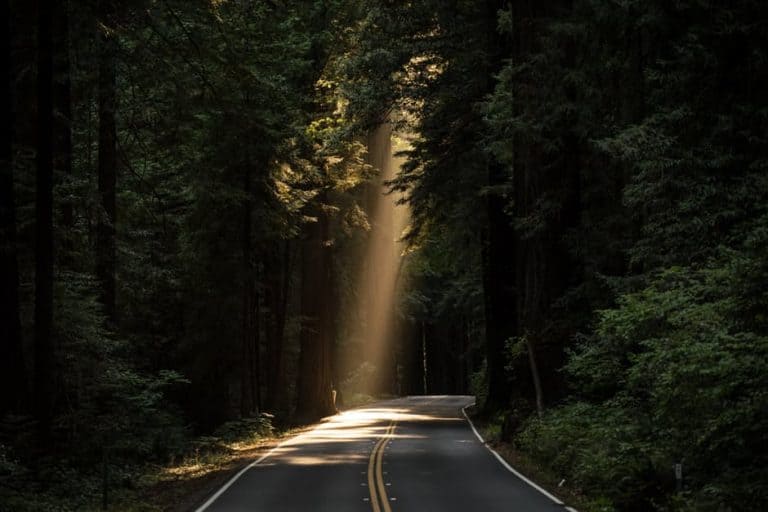 How Feeling Lost Can Help With Pathfinding in Your Life 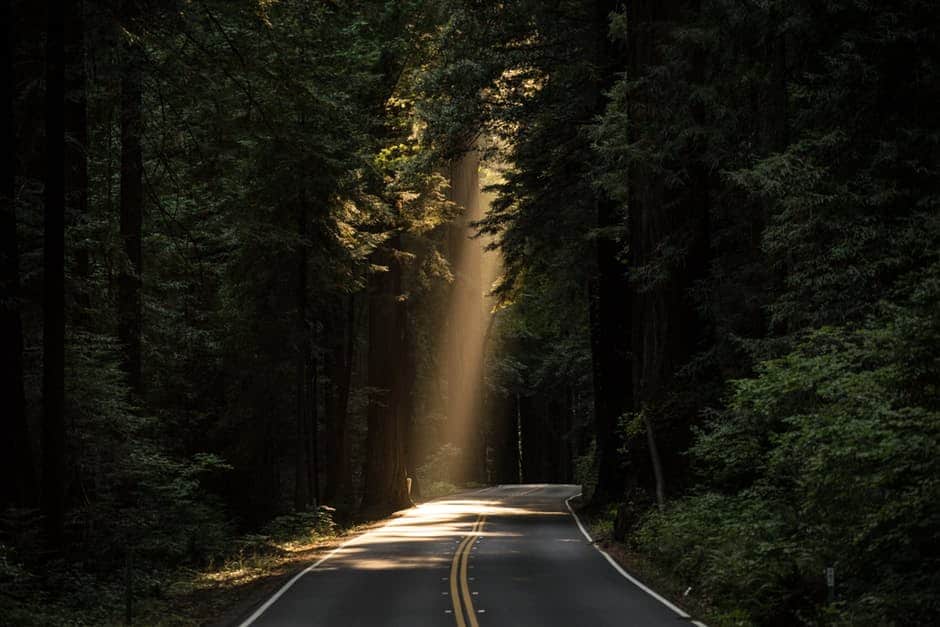 The moment the wheels kissed the runway my heart started to beat again. The color of my fingertips returned with the vibration of the aircraft as I taxied back to the apron. But before that, I was completely lost, unsure of where I was or where I was going, terrified, and wandering aimlessly around the skies of the Eastern Seaboard trying to find myself. Have you ever been lost, unsure of where you are and where you are going? Constantly questioning yourself; where did it all go wrong? Will I make it? What should I do now?

“Life is either a daring adventure or nothing at all.” ― Helen Keller

It was a crisp, clear morning in Daytona. I packed my flight bag the night before, and my route was carefully mapped out on the aviation charts. I plotted it to fly north, up to Jacksonville and then west over the green open space of the Floridian landscape. As a newly qualified pilot, I was determined to test my developing skills.

My license was my new-found freedom and my flight a leap from the fish bowl into the ocean. “It’s a big new world out there,” I thought to myself, like a toddler discovering his back garden for the first time.

6am. The neighborhood was as still as a photograph but for my excitement disturbing the air. I was sure my rustling and rummaging could be heard for miles. As quietly as my body would allow, I set out from my rented accommodation that lay within a cluster of houses on the other side of the airfield. A pristine golf course was the only thing that separated me from my aircraft.  Step by step I approached the airfield, rehearsing my radio calls and visualizing everything I would see on my flight path. Visual Flight Rules meant I needed to navigate by landmarks and so the visibility needed to be very good. I had everything planned; altitude, turning points, fuel consumption and so on. “All planned perfectly!” I grinned as I spoke to my then-girlfriend back in London. With my pre-flight checks done I was ready to take to the air, so I jumped into the aircraft and set off towards the runway. I lined up on the centerline and gradually pushed the throttle to full power and accelerated down the long stretch of tarmac until, eventually, the aircraft felt more comfortable in the air than it did on the ground. As though it had a mind of its own the aircraft floated towards the sky to mark the beginning of an adventure I’d never forget.

How Feeling Lost Can Help With Pathfinding in Your Life

Cruising northwards along the beautiful Florida coastline, Flagler went beneath me, then Crescent Beach, then St Augustine. I chose to fly above the airspace of St. Augustine Airport, rather than around it, to spice things up a little. The airspace or column of air I over-flew served to protect other aircraft maneuvering into and out of the airport itself. For me, this meant an ascent towards the forming cloud to ensure I cleared the vertical boundary. “Full power!” I climbed, and I climbed to the roof of my aircraft scraped the clouds. Big soft balls of cotton periodically reached and covered my eyes. Then, like a sudden snow blizzard hit, COMPLETE WHITEOUT. I was faced with a stark choice; stay in the cloud, descend into busy traffic above the St. Augustine airport or ascend above the cloud layer. At the time I felt that ascent was the best of a bad bunch!

At this point, it was just me, my aircraft, my wits. 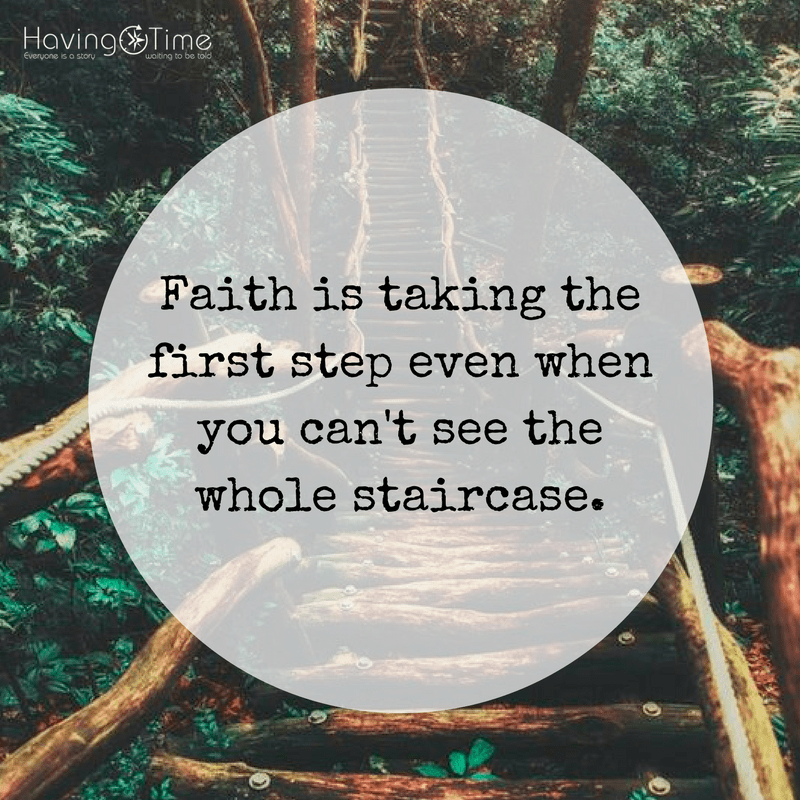 “Faith is taking the first step even when you can’t see the whole staircase.” — Martin Luther King Jr.

“Full power!” I shot through the top of the clouds like water from an Icelandic Geyser to a scene of brilliance and serenity. It was as if the Earth had been calmed by white sheets of thick Egyptian cotton.  Out of sight of the ground, I had no idea where I was. “Use your instruments, trust your instruments” a voice echoed in my head. Trust was not my strong point; I often suffered the illusion of being in constant control. My heartbeat felt more pronounced as it thumped, hitting my chest walls like a horse’s hoof. Still, I continued blindly northwards. “Distance divided by speed equals time, keep your heading and in a few minutes descend out of this cloud!!” I repeated to myself as I tried to keep a cool head. When I felt comfortable that I was safely beyond the airspace boundary below, I gradually descended through the cloud. With a racing heart rate and constricted blood vessels, I floated cautiously downwards until I broke free of the cloud and saw the Earth’s surface again. It was breath-taking; its beauty gave new meaning to ‘The Day the Earth Stood Still.’  Luscious green swap land all around but without a recognizable feature to locate me. “Where am I? Where are the landmarks?” I squeaked. Nothing on my map appeared to correspond to reality. I felt isolated despite all the aviation chatter I could hear on the radio. After all, one can still feel alone in even the most populous places. I was forced to come to terms with the obvious; I was LOST.

“Not until we are lost do we begin to understand ourselves.” – Henry David Thoreau

There was a clear, present danger that I might fly into restricted airspace, or worse; crash and burn. “At some point, I must ask for help from air traffic control” I counseled myself, acknowledging that sometimes when you are lost there is indeed strength in seeking help from others. However, on this occasion, I was determined to find myself, reinforcing the fact that I was a novice in more ways than one. Fortunately, like the child exploring their back garden, I did not know exactly where I was, but I knew roughly which direction was home. Full power! I climbed back above the cloud and pointed my airplane to the east, for the only certainty I had was that I would find the coast and head back south towards ‘home.’ “Trust your instruments” echoed within again. My aircraft became an extension of me and my instruments an extension of my instincts. “Sometimes when you are finding yourself, you have let your instincts guide you” my mother’s voice reverberated. I held a steady nerve and a steady course. After flying eastwards for a while, I could see the ocean glimmering, the sun reflecting off its surface like a pot of gold. A sudden calmness washed over me; I wasn’t home yet, but I knew I was going the right way.

Ultimately we are all on our path. In this case, mine was a flight path. In other situations a career path or a path of self-discovery.  Whichever path it may be, I discovered that by daring to venture out and by getting lost despite the fear, I was able to rediscover my direction and learn that you have to get lost, to find yourself.