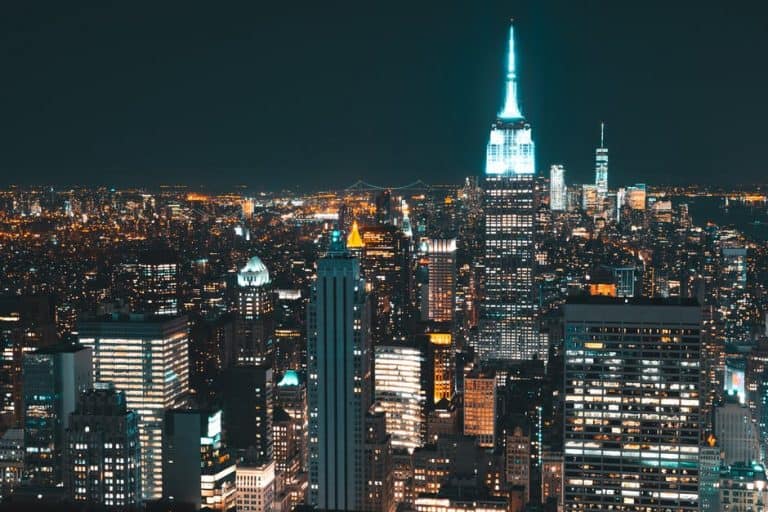 The Most Valuable Life Lessons from Moving to New York 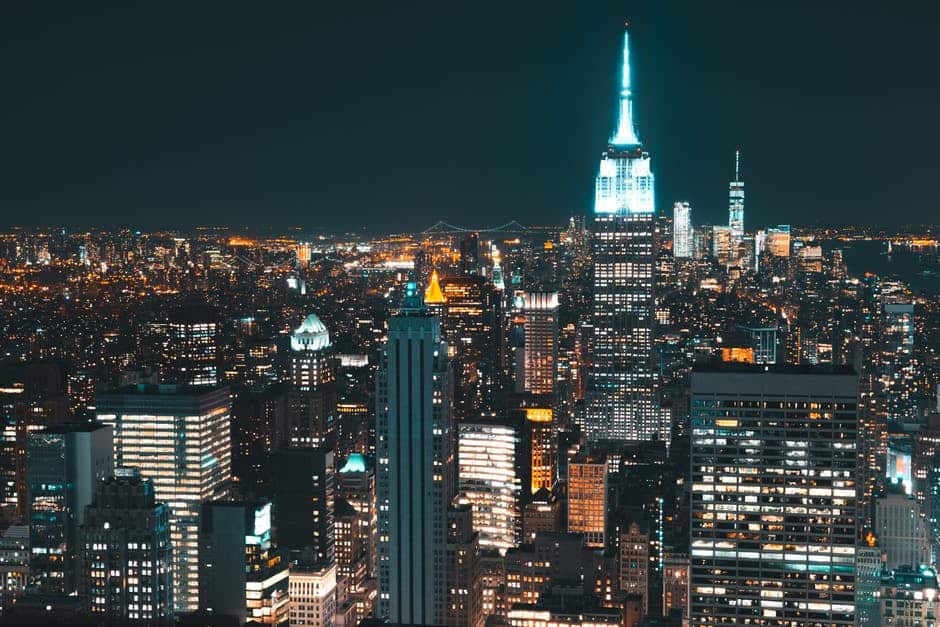 (This is an excerpt chapter from Laurel Moll’s memoir Following Fear: How I Faced 30 Fears and Learned to Trust the Unknown.)

“New York is not for the faint of heart. It will push you, pull you and make you wonder why you moved here in the first place. But that’s the beauty of this city. It will shape you and make you stronger, but you’ve got to be willing to struggle through it. People come to New York City with an idea that it’s all sunshine and rainbows, and leave just as quickly as they came.”

The Most Valuable Life Lessons from Moving to New York

I moved to New York City on December 29, 2009 on a bitter, frigid night. When I got off the plane, I went to retrieve my load of bags from the baggage claim. After selling my car, every piece of furniture I owned, and any unnecessary clothes, shoes, and dishes, I had managed to fit my entire life into about five suitcases worth of stuff to make the trip from FL to NYC. I had moved to the Big City to be with the love of my life and also to be in a new place, a place I intuitively knew would give me the life experience I was craving. It didn’t hurt that I wanted to escape the icky normalcy I was sinking into with my office job where I was constantly bored and stressed, watching the clock and living for the weekends.

My boyfriend and I retrieved my bags from baggage claim and headed out through a turnstile to the cab line outdoors. I had layered on an extra sweater under my jacket, a scarf, hat, and fleece-lined gloves, but no amount of layers could have prepared me for the sting of the freezing air that hit my cheeks when I walked through the turnstile doors. The city was a mere 11 degrees Fahrenheit that night, and the cab line wound around the building in a snake that ended nowhere in sight. It was a harsh arrival to the city, to say the least.

While waiting in line for 45 minutes, my memory foam pillow I was balancing on top of my suitcase froze solid as a rock, and I kept shaking out my feet to make sure I could still feel them. But New York wouldn’t have had it any other way for a 20-something moving up from Florida. I’ll never forget that wait in line. I was scared to face the winter weather, scared to move across the country without any close friends or family, and scared to step into the next phase of my life. I had no idea how it would play out, but I was choosing to make a huge leap into the unknown. I was utterly freezing and it hurt. I’d never experienced that kind of cold before, and every few minute or so I had to talk myself through it, like “you’ll be okay, you’re in a lot of pain and this sucks, but you will be okay.” That night began my experience with the Big City, the place where you must toughen up, face your demons, and roll with the punches at all costs.

My game plan was always to live in New York for a few years, and then move back home to Florida with my boyfriend so we could be closer to our family and friends. For three-and-a-half years that plan never changed. I built a temporary life in NY, making the most of it while I was there. But then the summer of 2013 happened. No more boyfriend, no place to live, and no foreseeable game plan for how my life was going to play out. My plan to move home felt icky now because I was alone and starting all over yet again.

“We should always have a plan B, but at the same time, treat plan A like it were our only option.” ― Izey Victoria Odiase

I had to scramble up a plan B. I knew I was moving back home soon, but I was scared to make any sudden movements. I was exhausted, and I was craving control over at least one part of my life. While I had packed up all my things in boxes after the breakup, I couldn’t bear the thought of moving back home in victim mode, showing up on my family’s doorstep like, “So…NYC chewed me up and spit me out, and here I am broke and heartbroken. I guess it was all a big waste of time.” It was quite the scary position to be in, to be judging myself so harshly for my current position, and worrying about what everyone else was thinking too.

Instead of rushing home immediately after the summer, I stayed around for almost another full year. Most of my family and friends in Florida urged me to come home right away, especially once I was dealing with both the breakup and the death of my father, and a few were confused as to why I was stalling. With the breakup of my relationship and all my closest friends and family down South, what the hell was keeping me up there anyway? The truth was I needed time to heal and I wanted to feel happy again. My intuition strongly told me to stay put for at least a little bit longer. I am eternally grateful I listened to that feeling because I ended up having the most exciting year of my life to that point. 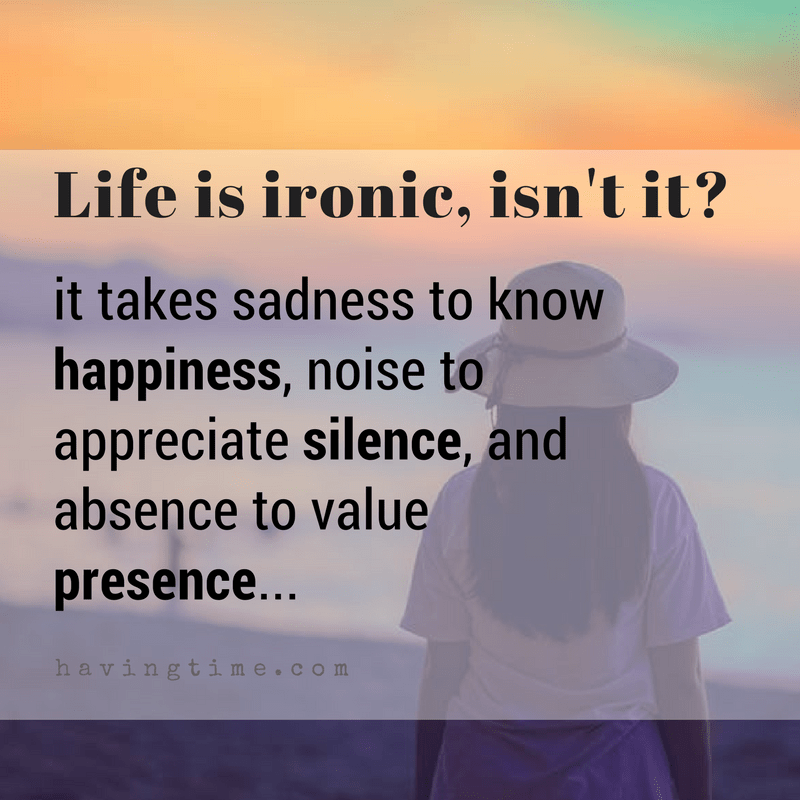 I stayed. I sub-letted an itty bitty 1-room studio on top of a Brooklyn brownstone and spent the next year licking my emotional wounds, partying with friends, praying, drinking, stargazing, and experiencing the city as a single girl. It was like moving to the city for the first time all over again. But after about nine months of it, I finally felt like I had gotten the city out of my system. I had been having fun, but damn, it was getting lonely, and good GOD I was tired. I had spent Christmas morning by myself in bed with a plate of pancakes and a mimosa. I had partied late in Brooklyn warehouse dance parties on many weekend nights and woke up early to teach barre classes with a huge iced coffee in hand. I had used up all my extra hours to cook recipes and take photos for my cookbook. Free time didn’t really exist outside of my hot baths at 11 pm or drinking a glass of whiskey on my fire escape to gaze at the city lights.

I was preparing to move back, slowly letting friends and coworkers know my plans to leave. The experience had eerie parallels to when I had left Florida to move up there a few years earlier. When I was preparing to move to NY in 2009, people said, “Isn’t New York unsafe? What are you going to do up there? What about your car? Isn’t it expensive to live? It’s really cold there, you know.” When I was preparing to move back to Florida in 2014 people said, “Isn’t it really hot there? There’s nothing really happening in Florida, you know. What about your career? Aren’t people kind of crazy there?” Both times I was getting triggered by questions that were ignorant, but also by stuff I was already thinking about. Needing to engage in dozens of “why I’m moving” talks were exhausting, and it made me want to shut people out.

On those late nights on my Brooklyn balcony, I spent time thinking about my life in New York versus Florida and made sure I felt good about what I was doing. At the end of the day, it was my life and I knew what it felt like to have everything taken away. So if I was making this big life decision, I was going to make my own opinion the most important one. I knew wholeheartedly that I wanted to be home in Florida, close to my best friends. I had missed them every single day while I lived in NY, and I was tired of being alone. Sure, I would love being back in the warm sunny weather, and back in a place where I could spread out, buy a big couch, drive a car, and have a backyard, but it honestly wasn’t about the pros or cons of NYC versus Florida. It was about me needing to be home with the people who supported me the most. I knew it in my heart, so I had to make the whispers of my intuition a lot louder than the people asking me why I was leaving or my ego telling me I was a loser for going home.

After that, the decision just got easier and easier. All points leading to Florida involved a lot of ease. A teaching job at a Florida barre studio opened up for me in the same exact week I had decided to move home, just five minutes away from where I planned to live. A friend of a friend, someone I’d never met before, offered to ship my boxes home for completely free. The dance company I used to belong welcomed me back with open arms. Yet my last few weeks living in NYC was a mix of chaos and frustration. People I could normally rely on canceled plans or rescheduled our meetups to say goodbye. Subway cars broke down, I lost my keys, and the grand voyage of driving a moving truck across the Brooklyn boroughs to a shipping facility in the middle of a thunderstorm was the stuff of nightmares. With each passing day, I felt sure the universe was letting me know I was making the right decision to leave. The fear of my relationship failure was still very present in my heart, but I was also grateful for the chance to make a choice I knew was about taking care of myself. I was choosing to love myself enough to return home.

In my last weeks in the NYC, I made it a point to remember all the wonderful things I had loved about it while I was there: my favorite Trinidadian roti shop in Bed-Stuy, the Moules et frites (mussels and fries) on the Upper West Side, wine and cheese picnics with my girlfriends in Central Park, live R&B open mic nights and DJ warehouse parties, organic juice bars, cheap costume jewelry shops, and late-night strolls and street side taco shops while people watching in the East Village. I loved the way I could turn any corner or walk down any staircase and be transported to a completely different environment. Most of all, in those last few days I reminded myself to appreciate all the ways the Big City had pushed me to toughen up, to breathe through the little annoyances of life and remember what was important at the end of each day.

My time with New York was up. I had loved it and there had been days when I hated it, too. But I wouldn’t change a thing, wouldn’t take back any of the experiences, even the toughest days of the summer before. I love the woman NY shaped me to be and I knew I had earned it.