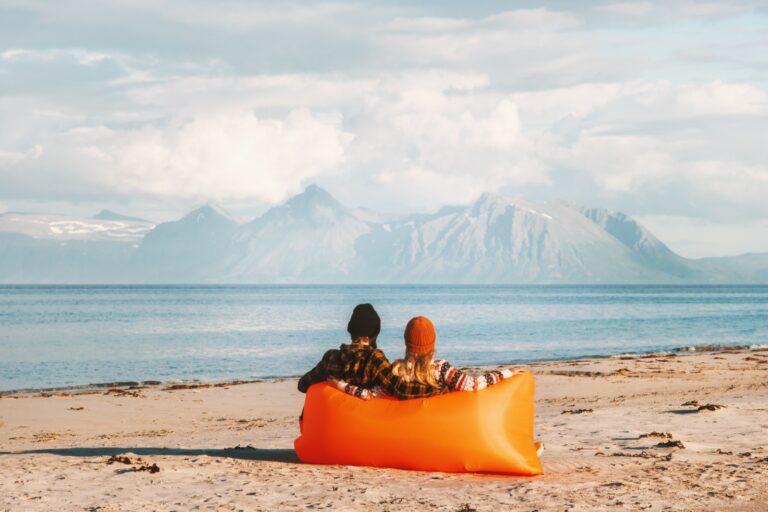 The Only Way to Make Positive Change in Your Life

Everyone has pain. No one gets through life without scratches and bruises and scars. But if you can learn how to rebuild your life after experiencing intense deep pain, it becomes easier to see that pain has a purpose. Pain can lead us from being hopeless to hopeful. Here’s a story about what it takes to make a positive change in life.

If I had been in a rock band, I could have called my twenties the Destruction Tour. At 25, the tour was in full swing and I had lost grasp of reality. A diagnosis of type II bipolar and chronic depression turned out to be the headliner of the show.

Here I am eleven years later and if I passed that old me in the streets, I’d have a tough time recognizing him. He was blind to a simple guiding thought that holds your life captive like a hostage at gunpoint.

I don’t shy away from talking about my mental health battle. I use the word battle for a reason. Depression consumes every ounce of your soul. It’s like a virus that infects you, eating your will to live.

“The strongest people are not those who show strength in front of the world but those who fight and win battles that others do not know anything about.”― Jonathan Harnisch

You could be lounging on a beach in Hawaii, surrounded by friends, soaking up the tropical sun; and your mind is drowning in darkness. You can’t escape its grasp because it’s part of you as much as your eyes that read these words. It’s your filter to the world. It’s like those moments where Frodo slips on the ring and the world around him becomes an unrecognizable burning hell. Except depression doesn’t let you choose when to enter this world.

I share this image because I believe it’s important to shed light on the difference between depression and simply being sad. Being in a headspace where I believe it’s a good idea to end my life is far different than watching a YouTube video of a dog being reunited with a long lost owner. Depression is not a choice and it’s sure as hell not predictable.

Fast forward to a couple of months ago. Sitting with some friends, we dove into the skyrocketing levels of depression and anxiety that have swept over the world. I shared that there was a time where I was popping five meds a day. I was seeing a therapist weekly and a psychiatrist every couple of months. That’s to say, I wasn’t sad, I was deep in the depths of depression hell.

One of my friends who is a therapist posed the question, “Do you think you were misdiagnosed?” She knows I’m now med free and live a happy and purposeful life.

I didn’t have a great answer. I mumbled off something about not having the right tools at the time. Reflecting on what I said, I see that there’s far more to the story.

I know this isn’t what she meant, but saying I was misdiagnosed implies that having chronic depression is a forever problem. It gave me a sense of how far I’ve come over the last decade.

But it speaks to the double-edged sword of labels. A diagnosis can be liberating, or it can make you believe you’re somehow broken beyond repair.

The Only Way to Make Positive Change in Your Life

There was one single decision that changed my life forever!

This may sound over-simplistic, because how can a single decision shape the trajectory of your life? Many of us don’t grasp what it is to make a decision. The word decision comes from the Latin meaning “to cut off.” Making a decision is about cutting off all other choices.

I made a decision to stop wasting energy fighting where I was in the present moment. I took control of my life by investing the energy in where I wanted to go. Making the decision took place in a second. Reaping the rewards took years.

In the same way that you can look at a night sky and connect the stars to create any number of beautiful constellations, I now have the ability to see my life in much the same way.

Author and Holocaust survivor Viktor Frankl refers to these moments as being in an existential vacuum. With depression, we wake up with an inability to find or create meaning in our lives. This is where those feelings of emptiness, alienation, and aimlessness come from. Without a destination or something to give us a sense of purpose, we’re left without a will to live. We’re an actor in a movie without a plot.

It’s been an emotional rollercoaster ride and a lot of moments that could be seen as setbacks. But I’ve held to the decision to let go of everything from the past that does not serve me at this moment, and to be grateful it brought me to where I am now—to this new beginning.

What’s something about the present moment that makes it the perfect time to begin – again? Share your thoughts in the comments.

READ NEXT: 3 Effective & Natural Ways to Treat Anxiety and Win the Battle