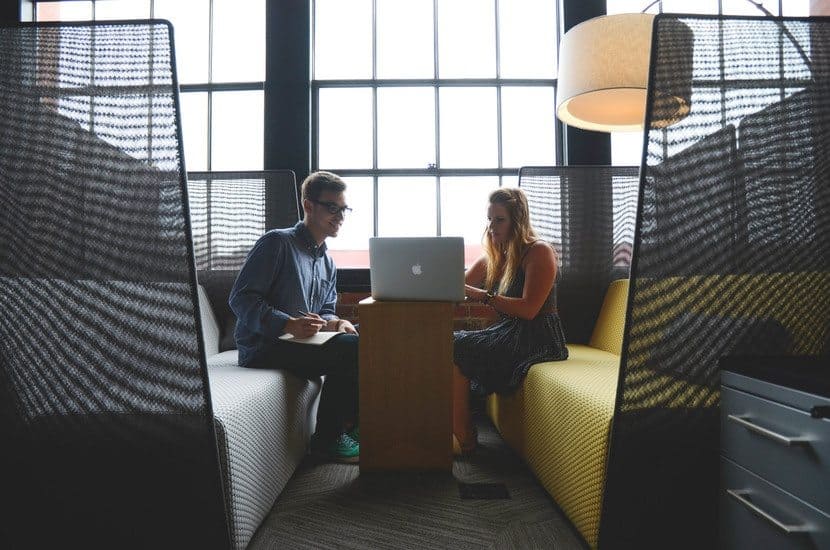 5 Proven Steps to Committing to Your Big Idea

Throughout my career, I have worked in a creative capacity on other people’s ideas. Yes, I had lots of ideas of my own that I’ve turned into pitches and even scripts, but none of them went anywhere. How did the people I worked for brought their ideas into the world? What were they doing that I wasn’t doing?

How did the people I worked for brought their ideas into the world?

The simple answer is that they believed in their ideas. They believed so completely, they wanted to sing it to anyone who would listen and would stop at nothing to turn their vision into reality! Persistence and perseverance were also key to their success. So how do you get to the point where you believe in that idea so much that you will stop at nothing to see that that idea becomes your reality?

Here are the five steps that I took to commit to one of my big ideas:

Understand what is important to you. When your idea aligns with your values you will get closer to having an idea you believe in.

I needed to generate the goodness in the world beyond myself. I also strived to be creative and constantly surprised by what I was doing.  It had to be something that I was interested in enough that I would do it for free.

I had to take a leap of faith, but before then, I had to become brutality honest with myself about what was it that I truly wanted.

I knew what I didn’t want: being stuck and wandering what could have happened if I did take that leap of faith. But most importantly, I wanted to solve a problem.

The problem that you are solving as an entrepreneur should be a driving force that propels you through. You should feel so incredibly passionate about it that you don’t care about the risks that you are about to take. That passion is carrying you through the ups & downs. – LL

Your values may not be the same as my own, but in working to define your own values, you not only test the validity of your idea in your eyes, but you might even come up with the idea you should be working on. 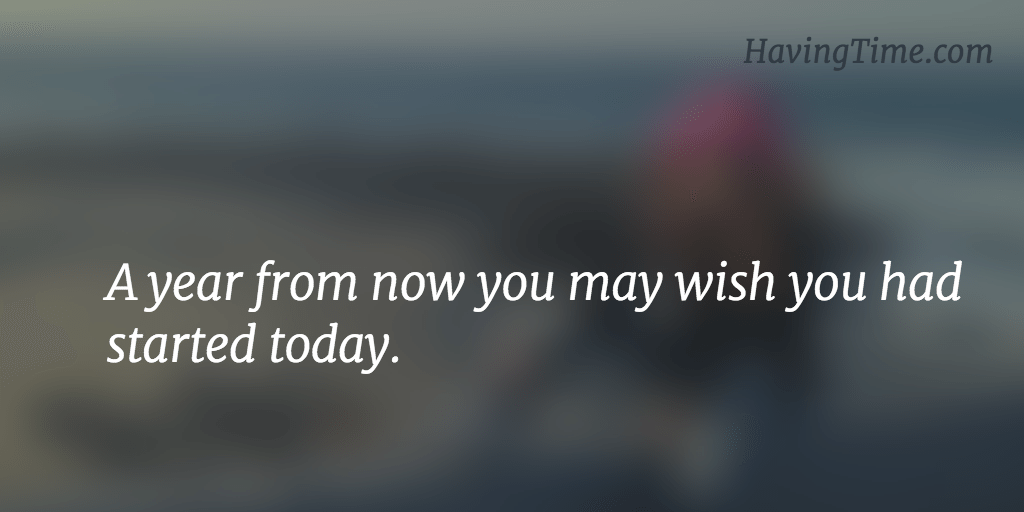 “I need to make money to live. I can’t just quit my day job and start working on my dream.” When people have this thought, money is more important to them than their idea. If you love your idea more than money, chose the idea. If you need money more, your values aren’t lining up with that idea. It’s not the one.

“People will laugh at me. My friends will think I’m crazy.” What is more important, your opinion of yourself or the opinion of others?  When you are aligned with your values, your real friends will encourage you to pursue your idea.

“This means changing my life. It’s a huge step.” Ask yourself, does your life need to change?  Why do you want to commit to that idea anyway? Chances are this is just a way of scaring yourself back to your old, safe habits. Taking big steps is just another way of saying that you’re living life out loud. Tiny steps will get you there too, but not as quickly. No steps towards your important ideas yield nothing.

Soft beta tests your idea by bouncing it off others. That doesn’t mean to make a formal presentation, just casually tell people about it. Take a genuine interest in their reaction & feedback and don’t get hurt or encouraged by their random opinions. You’re just looking for other perspectives on your idea. This will help you further understand where you really stand with that idea.

Once your idea matches your values and your beta test has strengthened your alignment to the idea, it’s time to devote yourself to turning your idea into reality. A lukewarm commitment will bring you mediocre results and an early break-up with that idea.

Committing might be frightening:  What if I’m making a mistake?  What if this isn’t the right idea?

Remind yourself why you committed. It’s important to understand how your idea aligns with your values because you will go back to your value alignment again and again to keep you committed to your idea.

Also, your committed self and wandering-eye-self may have to do a bit of negotiating with one another.  I got myself to commit to my podcast by agreeing to commit for just one year. If it didn’t still excite me at that point then I could move onto something else. Committing for a period of time made it less frightening for me and got me over the hump. 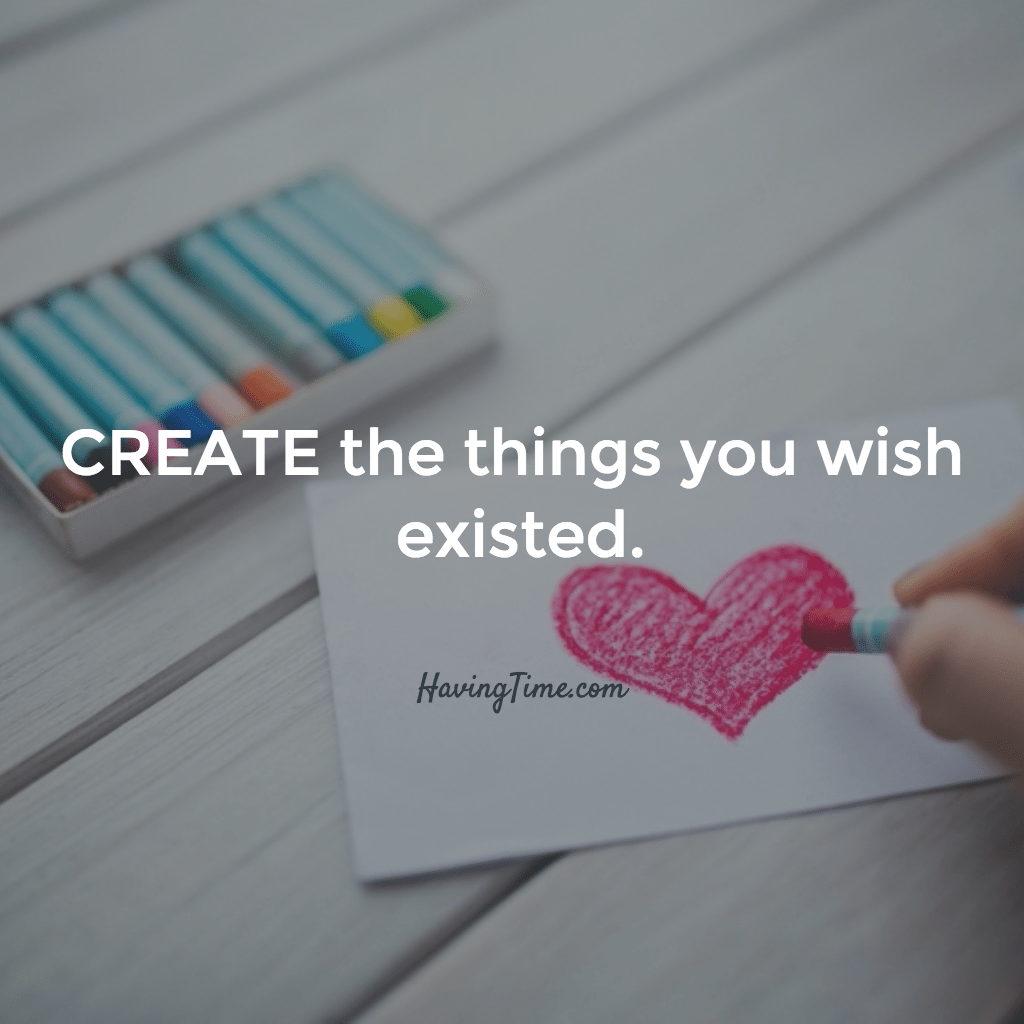 Don’t let the thought of failure bother you too much. Failure is the way with any idea becoming more than an idea. Failure is how you make your idea better, kind of like the sculpting tools you will use to build your idea. The only true failure is giving in to failure.

Don’t get overwhelmed with the size of your idea. You can only do one thing at a time, so all ideas are equal if you look at them by the moment. Take things step by step. Be mindful of what needs to be done, but don’t scare yourself by predicting too much about the future.

Align yourself with others who believe in your idea. Having supporters and cheerleaders are necessary to anyone’s journey.

Be sure to check in with yourself on a regular basis. If feel uncertain about something examine why. There is an underlying problem to the feelings of doubt and you need to address it. This is how you take care of yourself and stay true to your idea.

If that idea is truly important, chances are, you’ll generate all the necessary energy to see your vision through to its fruition. And if you do figure out that you picked the wrong idea, this wrong idea will take you to the next level and you’ll have more experience to go after what you want.