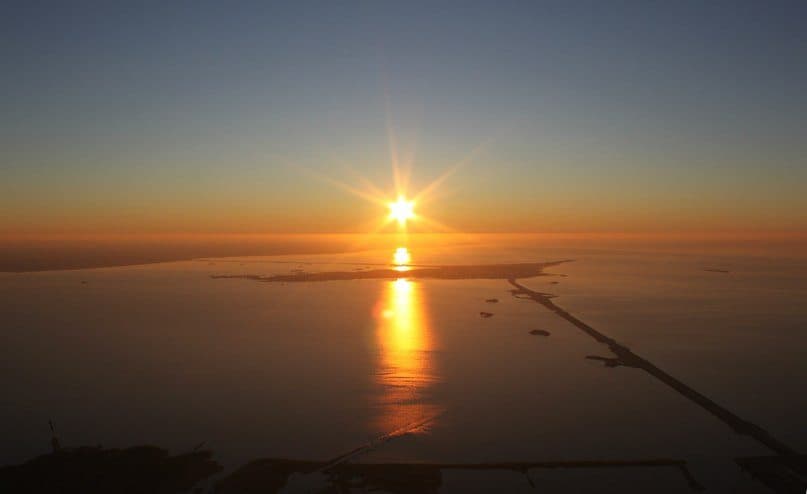 Flying Without Fear: How to Get Over Your Fear of Flying

I was born and raised in the beautiful city of Saint Petersburg. My parents’ great hobby was skydiving so I spent a considerable amount of time at the drop zone over the weekends with them. No matter the weather. Pilots were kind enough to take me with them almost every time a plane took skydivers up in the air. We were flying over the majestic gulf of Finland. I saw many sunsets there in the sky and the memories of that beauty will stay forever with me.

I was never afraid of flying until one thing occurred. I met this boy at the drop zone who was scared to death of flying. His father was a skydiver, who would give anything for his son to stop being afraid of flying. So his dad asked the pilots to take his son on a plane over the Gulf of Finland. And I was unlucky enough to see all the drama that unfolded that day.

Daniel, the boy, began to express his anxiety even when the plane was still on the ground and was about to take off. I took his palm in mine and he squeezed it so hard that hand was about to give in and crush. When we took off and the plane went over the Gulf of Finland Daniel peaked at the window and he instantly went white. When it was the time for skydivers to leave the plane and they started jumping out one by one including Daniel’s father, his pulse raced like crazy. Daniel began breathing abruptly and then he started to scream. He was horrified and miserable.

When we landed he stepped out of the plane and threw up. Daniel’s face was green. Then his dad met us there after he touched down. He wasn’t happy with his son’s performance of  “being a sissy”. Instead of calming him down, his dad began to ridicule him in front of the whole team. I felt sorry for Daniel. And that’s when I asked myself for the first time: Why are some people afraid of flying? 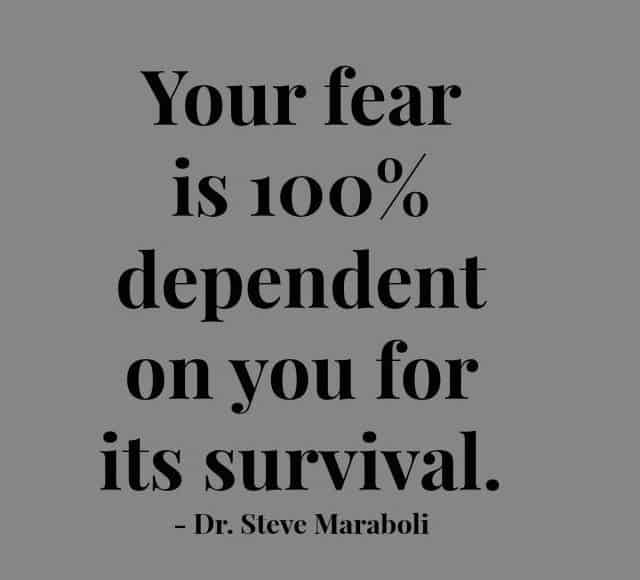 Why are some people afraid of flying?

“When I got promoted, my new job included a lot of travel. I developed the fear of flying and it grew larger every time I even thought of boarding the plane. All the images of what could go wrong would start flashing before my eyes. So I would sit there in the isle seat panicking and drinking all the alcohol to numb that anxiety. It never worked. Panic attacks were serious and had no plan to capitulate. Until I couldn’t take it anymore. I made a decision to travel on the surface. And it was a bummer as my work involved travelling throughout the whole of Europe. The whole inconvenience of not being able to travel by air was nothing compared to the way I felt. You know, like a complete and utter loser. I felt frustrated for years.” – shared now grown up Daniel.

People have different reasons why they are afraid of flying. We might have adopted that fear because someone in our life is afraid of flying too. Some of the reasons are hard to pin down. Ultimately, we are afraid of falling, let’s face it. But let’s think of it this way, what is the EXACT percentage of the things you were worrying about that actually never came to reality? The answer is – extremely small compared to the shadow of fear.

How to Get Over The Fear of Flying

No matter how long the whole process of overcoming the fear of flying might take, have patience. Have a positive mind frame about it to begin with.

Take a different perspective as the old ones didn’t work. Stop looking at the fear conquering quest as a terrifying burden. See it as a game that you are excited to take part in.

Do you remember the time you were excited to try something new with all the enthusiasm imaginable? It might have been a new sport or any other activity you felt passionate about. Keep the enthusiasm wave running.

Just let yourself know that all you strive for is to do something that is really good for you and strip down the old shadows of fear one by one. Let your subconscious mind know that you are welcoming its new positive suggestions to resolve the problem and it will help you, I promise.

2. Slash All The Stress

When we reduce the stress level altogether we start reacting to things differently and panicking less in any given circumstance.

I will never forget one time when I was flying to Biarritz. The whole flight was nice and pleasant. But as we were approaching the airport the sky went dark with heavy rainfall, thunderclouds and lightning bolts. The plane started shaking. I grabbed the seat almost leaving my nails in it. One more second and I was going in a downward spiral of the panic chasm. But as I was about to plunge into that fear that I never experienced before in my entire life, a commanded myself: STOP! CALM DOWN.

As I began to breathe deeper picturing a safe landing all my grimy thoughts started capitulating leaving my mind nice and clear. The plane landed safely and I had a great time in France almost forgetting the whole hiccup with that minor “panic attack”.

A Panic attack occurs when you believe that you have no control over things. That’s not entirely true. You can control the way you react to things. So I mindfully chose to control the way I reacted.

I practise daily meditation and relaxation technics. I find it very effective. They reduce stress and de-clutter my mind from the unnecessary rubbish of panic, worrying and anxiety. The better you are at relaxing and releasing all the tension, the better are overall results. 30 minute meditation or even a 5 minute one is better than nothing. Practice. The results will appear accordingly.

3. I’ve Realised How It Really Works 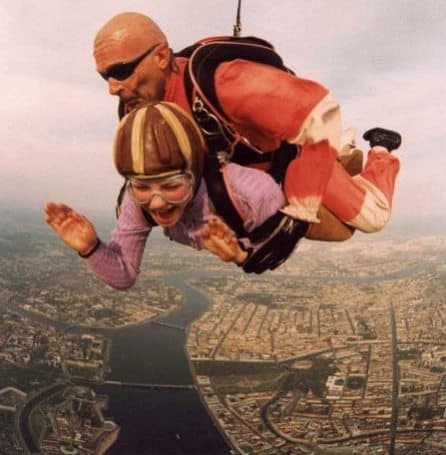 Sorry guys about the quality of the picture. It was taken on the 5th May 2002. I scanned it from the family album so you can get an idea.

When we worry about things the only way to release our mind from this fruitless exercise is to fill up your knowledge basket with facts and solid ideas. Solid ideas of what this experience of flying (and falling as the picture shows) is about. Why, do you ask? Because all of those dramatic ideas pop up in our mind because of the negative thoughts that normally start with the words “What if…” followed by flashing images to back it all up. We cannot possibly stop that flow of thoughts, but we can disengage them from triggering our panics and anxiety.

You need to go out and find statistics on planes, flying and read more about how planes work. Once you learn all about planes, how they works etc. you can easily question every negative thought by challenging it with solid facts.

After that incident with Daniel over the drop zone I started questioning my own beliefs about flying. The more I spent my time thinking about it the more anxiety I felt. I didn’t realise that I’ve adopted Daniel’s fear of flying.

Some people prefer to take one step at a time to reach the goal. First conditioning, then action. And it’s a sound idea.But that would have never worked out for me because of my frustrating impatience towards anything!

When I felt terrified about plunging into the water, I would go right off the cliff and dive into the water head down. When I was afraid of the deep ocean, I became a scuba diver extinguishing all the fears at their core. When I realised that I was a hostage of fear of flying, I asked my parents’ permission to go and skydive. The secret to my success is to take one massive determined action! No second guessing and “What Ifs”.

“Some time ago I had a reoccurring dream about being in the Tokyo airport terrified of getting lost and never leaving the terminal because I didn’t know the language. All signs were in Japanese. I felt lost and scared. Until I woke up and shook that dream off my mind.

Before conquering the fear I set myself down at home and visualised ALL the situations that seemed stressful or terrifying. In a familiar and stress free environment I backed myself up with positive images of boarding the aircraft, taking off and landing safely. It helped a lot.” – shared Daniel.

6. Switch on The Mindfulness

“It took me a while to start flying again. After I familiarised myself how the plain works, its sounds and sensations, the fear more or less started decaying. I noticed all the things, all the sounds and they wouldn’t scare me anymore. I live in London so I started from short flights. I had major problems with flying over the water in the past. So I’ve started from going to Edinburgh, or Amsterdam that doesn’t take long. I made my flying more frequent and then all the anxiety was replaced by boredom when the whole process of flying became comfortably familiar and mindful.” – Daniel continued.

7. Fly-fly-fly Away From Your Fear!

The more you do something, the better you are getting at it. It’s a fact. The more you fly, the less you fear to fly when you do it mindfully.

When we find ourselves in uncomfortable situations there is only one thing to choose out of two: Pain or Change?

Whatever suits you, I wish you all to conquer the fear of flying and discover the world as free as a bird in the sky!
Good luck!

By Lesya Li
Photo by HavingTime.com