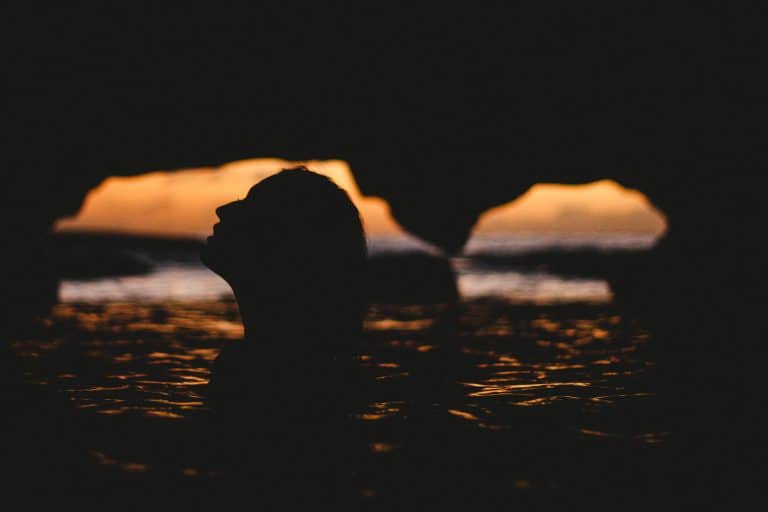 How to Explain Anxiety to Someone Who Doesn’t Get it 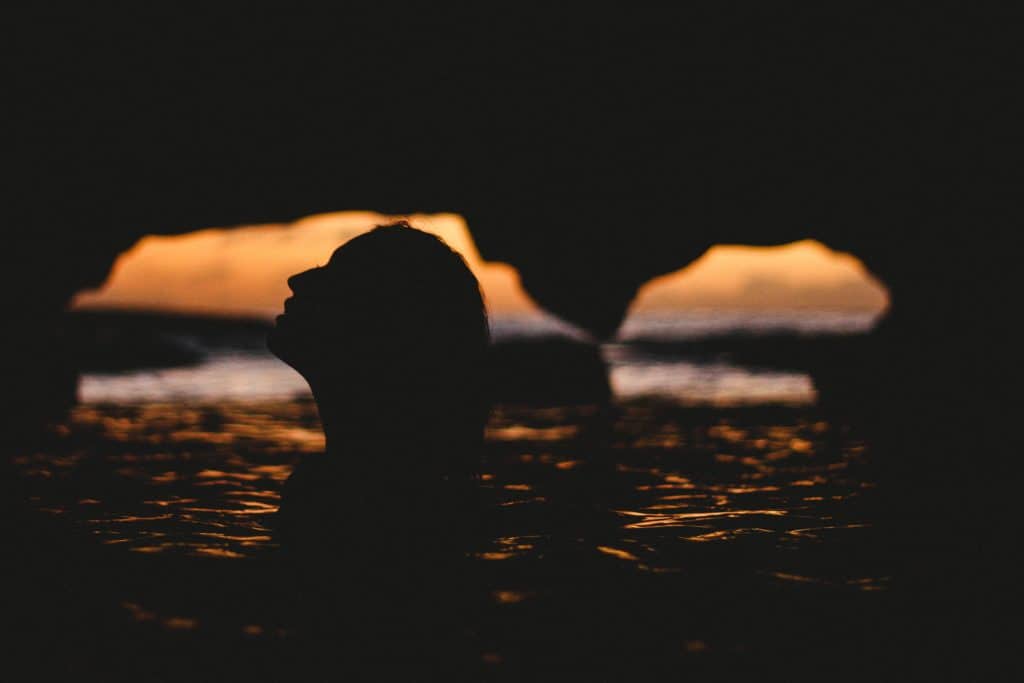 Ignorance is never a bliss when we talk mental health… people suffer and the pain is real. There’s a reason we showed up here on Earth and one of them is to leave this world better than we first found it but until then, we need to contribute to breaking the stigma around mental health – once and for all.

Many moons ago we went out with a former friend of mine somewhere in SOHO / Covent Garden. It has to be pointed out that we got exceptionally drunk! And when that happens, let’s just say that yours truly sometimes has the urge to dance (NOT excluding dancing on tables* kidding 🤡🤦🏽‍♂) and so I dragged him at some dodgy club that was open till silly o’clock and…
Well, back then I didn’t know he was suffering from Bipolar/Ommetaphobia/Agoraphobia – I HAD NO CLUE what it was or how it felt like… and OMG I dragged my friend on a dance floor to bust some moves even though he was hesitant and didn’t want to move from one spot… poor fella tried to hide it but then I saw something was wrong – he started hyperventilating, sweating and his eyes indicated that he was horrified as if he’s was trapped in the middle of burning flames of a wildfire. That’s when he told me that he was about to have a panic attack 😲 F&*k, I thought to myself, what a giant a$$ I am for not knowing and noticing the symptoms – that’s why it’s important to TALK more about these issues so more people are AWARE 😒 I felt like a giant ignorant idiot and apologised to my friend. Ever since then I dig deeper into the subject trying to understand better and contributing to busting the stigma around mental health.

When we talk to people suffering from anxiety, most of them will describe this as a feeling of deep dread, apprehension of doom and gloom. It is a part of ‘fight or flight’ response which is a natural reaction to events we find rather stressful; it helps us deal with various demanding situations like before delivering a speech and getting exposed in front of a massive audience, job interview, or studying and trying to pass the excruciatingly important exam!
In fairness, short-term anxiety can help us stay more focused and alert which could be useful when dealing with perceived threat, but long-term stress has a harmful impact on the body and the mind.

What Causes Anxiety? How to Explain Anxiety to Someone Who Doesn’t Get it 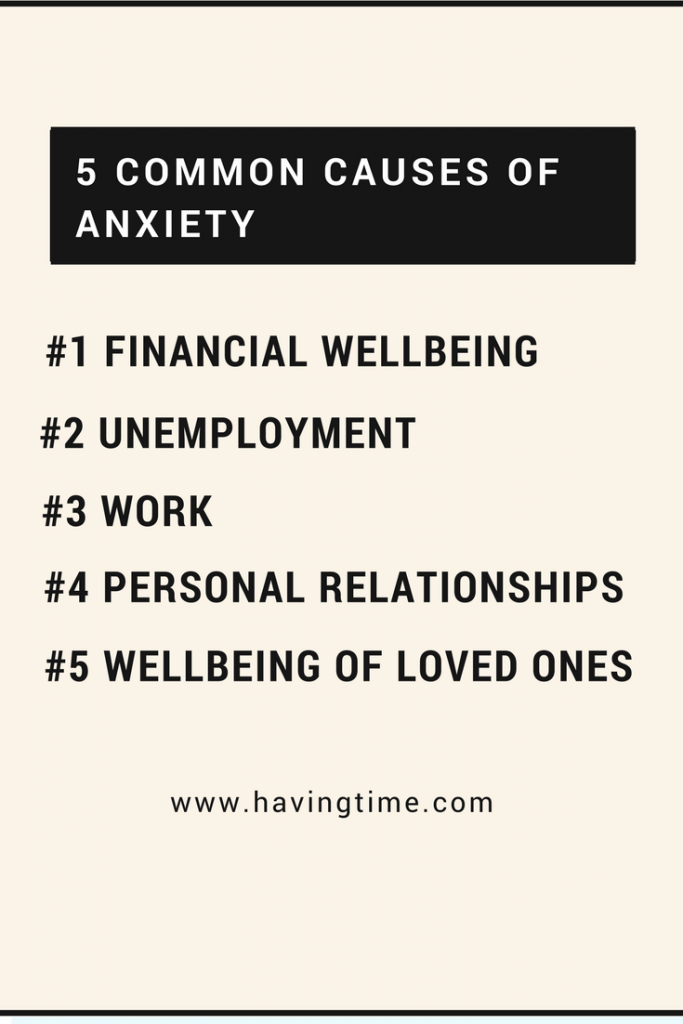 Up to a third of the population will suffer from an anxiety disorder or panic attacks at some point in their life. But what are we all so afraid of?

Battling with anxiety is challenging, and its massive impact on a daily life can be debilitating. Anxiety stops millions of people living the life they want and deserve – for some this means they are not able to work, spend time with friends and loved ones, and, in the most heartbreakingly severe cases, they are not able to leave their house, causing sufferers lots of pain, shame, and embarrassment. So what’s behind anxiety? The more we look into anxiety and what causes it, the more we understand that this is a result of psychological, genetic, biological, social and lifestyle factors.

“But it is even more complex than this. These material conditions are met with what Richard Eckersley calls a “western cultural crisis” – a breakdown of public structures that are essential for our mental well-being. Whether it is the commercialisation of public space or increasing working hours that reduce the time for social activity, we live in a society in which we are all increasingly socially isolated and lonely, destroying one of the fundamental mechanisms available to protect against mental anguish. Anxiety disorders are not just medical problems. They are inherently social illnesses, ones that are becoming more of an issue as economic insecurity increases and social connections are destroyed.”

[bctt tweet=”‘Anxiety can feel like a spotlight in your mind shining on your deepest fears or worries at all times.'” username=”havingtime”] 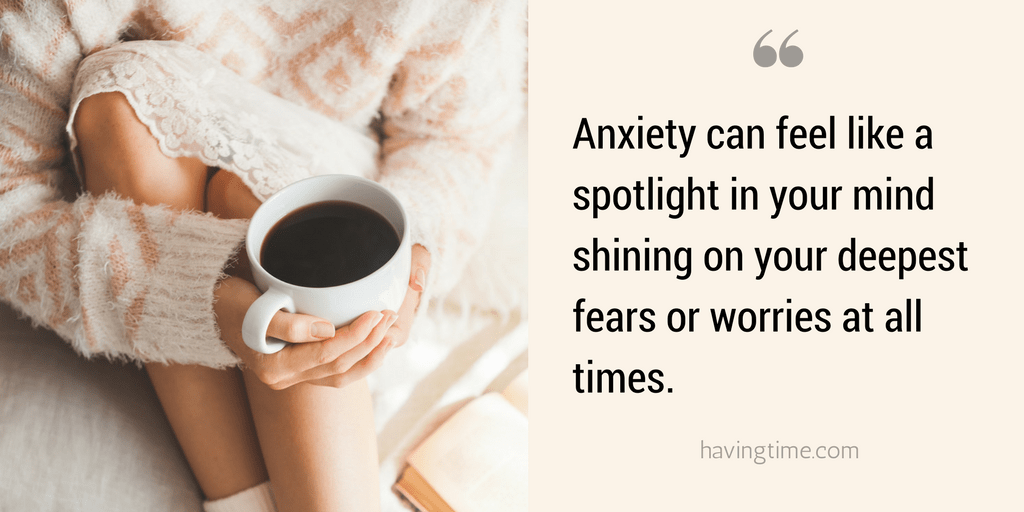 To me, it’s that feeling of internally screaming. As loud as you possibly can. But no one can hear you! The negative thoughts, heavy breathing, and internal self-deprecating monologue are so strong that it’s hard to place where you are in reality. Having suffered from anxiety disorder for most of my life, I am quite used to this feeling.

Everyone’s experience with anxiety is different. There are so many stories out there. So here I am – telling my story. And I hope, in turn, you will share yours with HavingTime!

My anxiety attacks are strange. I feel I HAVE to do it. Once the physical symptoms have started, I know it’s too late. All the stress and worry has built up to a point where I have to erupt like some volcano of emotion! It starts with the urge to get angry. (Which makes life interesting for my poor fiance!) I’ll find a tiny insignificant flaw in something, and it will then turn into a HUGE deal for me! Something as simple as the dishes being dirty can be enough to trigger this, especially if times have been busy.

The panic will then, ultimately, snowball into something far bigger than intended. Until, finally, my brain flicks the switch. The “I give up” switch. And I’m not going to lie – it feels good to press it. Because as soon as that switch is pressed, I know that I can release what has been building up for so long.

And before I know it I am in a tsunami of tears and hyperventilating. My top lip starts twitching. I start to see stars. And nothing matters apart from making sure I breathe in and out. It’s sometimes hard to remember that all that matters is that we breathe. In – and – out.

In a matter of 10-15 minutes, I am “me” again. An exhausted version of me. But the exhaustion is almost comforting. I know I don’t physically or mentally have the energy to carry on with the attack. And usually, after this comes the best sleep I’ll have had in weeks! Obviously, this is not the best way to deal with anxiety. Having had CBT for a few weeks now, my anxiety attacks are few and far between. Which is wonderful! I can’t explain the hope I feel now in my day to day life. But it’s been hard won. And not an easy journey by any means.

The Stigma Is Real – And It’s Not Okay!

Through tireless campaigning, fundraising and events – it seems that Mental Health Awareness is finally coming to the forefront of people’s minds. But now comes the hard bit. Understanding. The stigma is REAL.

Stigma is relatively new to me. I kept schtum about my Mental Illnesses (Depression, GAD, Anorexia, Emetophobia) for a long time. I have only been open and honest since starting my YouTube channel in March of this year!

And it felt great – to be frank, open and free! I began to wonder if this “stigma” was real. Or maybe it was just something that the MH community was being a tad dramatic about? I was wrong!
I’ve found that stigma is mainly caused by ignorance to Mental Health Issues. And I have received it in the most unusual of places. Including my friendship circle! Only last weekend I plucked up the courage to head out to a friends birthday party. This was a HUGE deal to me. I would be faced with food, possible germs and socializing with people while I tried to wrestle these thoughts. Not exactly my idea of a fun Saturday night!

The party was at a local venue that I knew well so I felt comfortable trying it out. What’s the worst that could happen, right? Well…I managed to last a total of 1 hour and 30 minutes before I had to bail. I was SO embarrassed. The thought of having to eat in front of people and someone mentioning that their stomach was “upset” was enough to send me screaming for the hills.

But I wasn’t losing this battle. I vowed that I would be honest with my friends and the hosts about my reason for having to leave. I wanted them to know I was genuine. And I hoped they would see how serious my recovery is. On the surface they were supportive. They wished me well, and I felt relieved! Even though I had to leave, I still managed to leave with some dignity.

That was until I received an e-mail the following day. It read:

“We do hope you’re back on your feet. Some people will come up with any excuse not to dance!”

At first, I was upset, angry – frustrated even! But as the words settled in my mind I understood this was an attempt to lighten the situation. But there is nothing light about suffering from mental illness. And this need to make it “all okay” through humor comes from pure ignorance. I certainly wouldn’t fake a mental illness to avoid dancing… I’m the first one up to dance once the music starts! We still have a long way to go before we manage to break this stigma around Mental Health.

You have a part to play in stopping the stigma. Be honest, be truthful, be YOU. Share.