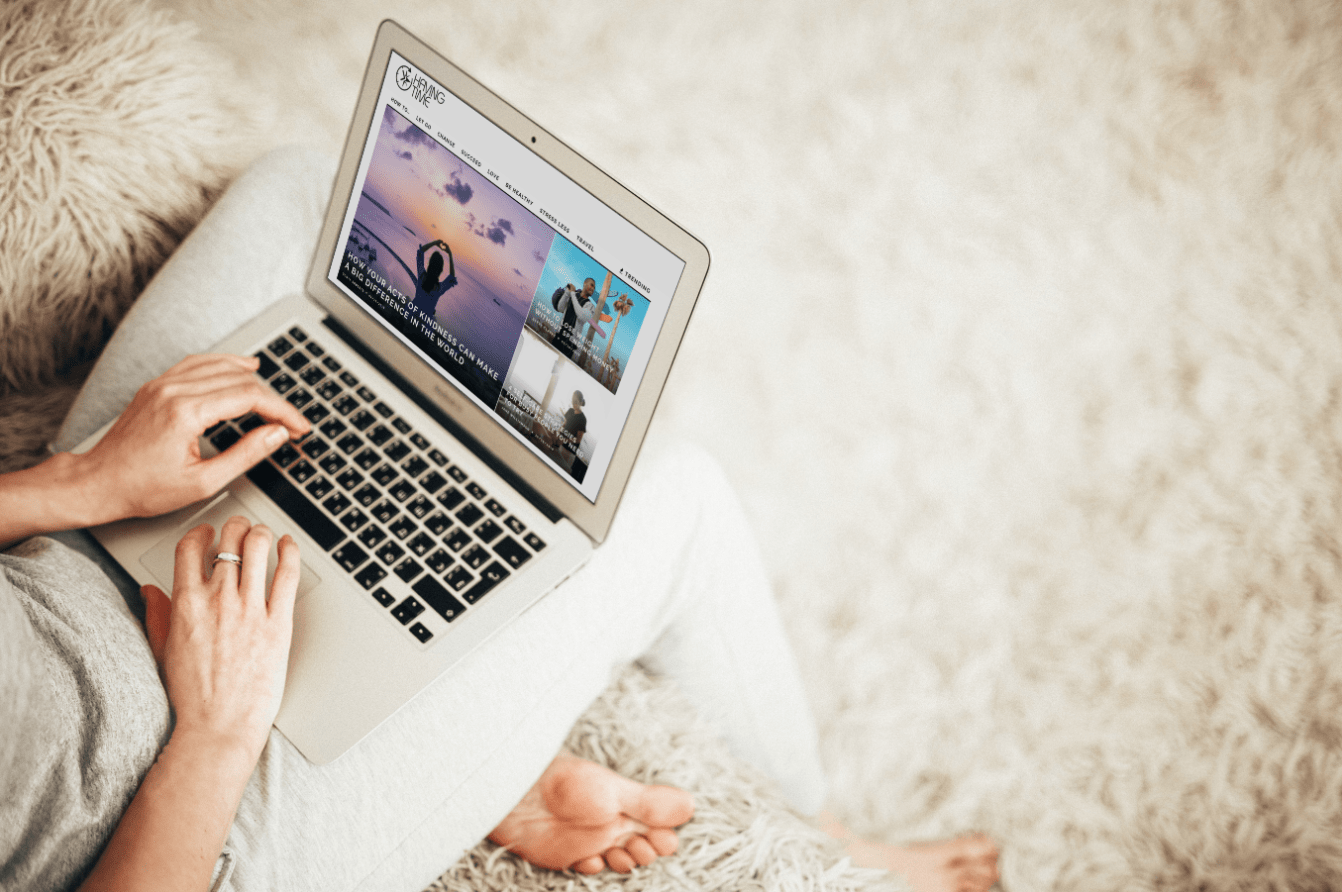 How to Untie Your Self-Worth from Your Work

“What do you do?” – is the most common question people ask us when they meet us for the first time. If it happens to be that your self-worth is tied up into your work it might be a good time to take a little step back and reframe; it’s essential to remember that we are NOT defined by our job titles.

For 16+ years I’d worked in a variety of roles at the corporate headquarters of a large retailer.

I’d started fresh out of college and steadily worked my way up the corporate ladder, eventually leading a communications team.

While I enjoyed some aspects of my corporate job, I was unhappy much of the time.

I often felt like I wasn’t good enough or that I didn’t fit the corporate mold and that there was something bigger I was supposed to be doing. It never felt aligned with what I wanted even if I wasn’t able to articulate what that actually was.

The choice to make a change was taken out of my hands when during mass layoffs I suddenly found myself without a job for the first time in 20 years!

Honestly? I secretly wanted it to happen. I even had planted a few seeds with my leader that perhaps my role was no longer needed. I wanted a change but hesitated in going through with it before the layoffs took us by storm.

Despite suspecting I’d be part of the layoffs it was still surreal when it happened. Waking up the day after it happened was initially great, I could do whatever I wanted. But not having a routine or set schedule quickly left me feeling listless and lost. What follows are a few of the things that happened when my job situation was chosen for me.

I found self-confidence and my voice

I’d essentially grew up in this company having worked for them since college. It was the only thing I knew, and I very closely tied my identity and self-worth to my job.

Even though I was unhappy I hadn’t left my job because I was worried about who I’d be without it. Shortly after the layoffs, I landed a consulting gig helping manage the divestiture of a portion of a large company. This, in turn, led me to the IT field. It was during this time that I realized how valuable my skills and experience were and that if I didn’t like the situation I was in I could simply move on to another company that better suited me.

This is where I started to gain self-confidence and feel like I was a very capable person. This is also where I stopped holding back and carefully crafting each word I spoke.

I’m naturally a processor but even then, I was so worried about saying the wrong thing. I essentially stopped caring so much what others thought and said what was on my mind and what I believed.
The knowledge that I was valued and could move onto a better job with little effort was incredibly freeing.

I realized I am not my job

The first few weeks after I was laid off were tough. I’d had such a routine before that when it went away it was hard to adjust to.

Now I had all this freedom to do whatever I wanted but I didn’t really know what it was that I wanted. I would mope around trying to find things to occupy my time.

Having tied my identity to my job I had trouble understanding who I was without that job. What were my interests? What did I like to do? What was I passionate about? What were my dreams?

This time was where I really started to do the hard work to figure out what my life purpose was, what I was put here to do.

Through some deep personal work that involved reading, journaling, and working with life coaches I eventually found my way to where I am today and it’s so so much more than just a 9-5 job working for someone else until I’m old enough to retire.

Don’t wait for things to happen TO you,
make things happen FOR you

While I enjoyed some great financial benefits by being laid off (the severance was helpful!) and learned some important lessons I do feel like I let fear and uncertainty drive what happened to me.

Don’t get me wrong, I wouldn’t change my journey because it’s what led me to where I am today. I do think I could’ve been more proactive and actually designed the life I wanted instead of just following a standard path, not being comfortable with myself and living my life by default.

For so long I’d been passive with most things in my life: going to college for a major that was easy and comfortable, getting a job and moving from position to position as I climbed the ladder, buying a house in the suburbs, etc. I didn’t really know who I was or what I wanted.

If I’d taken the time and done the courageous work to really know who I was I might’ve taken a more assertive approach to drive my life in a certain direction.

Now that I know who I am and what I want I’m able to make things happen for me, not to me.

READ NEXT: 10 Reasons Why You Should Be Your Own Boss