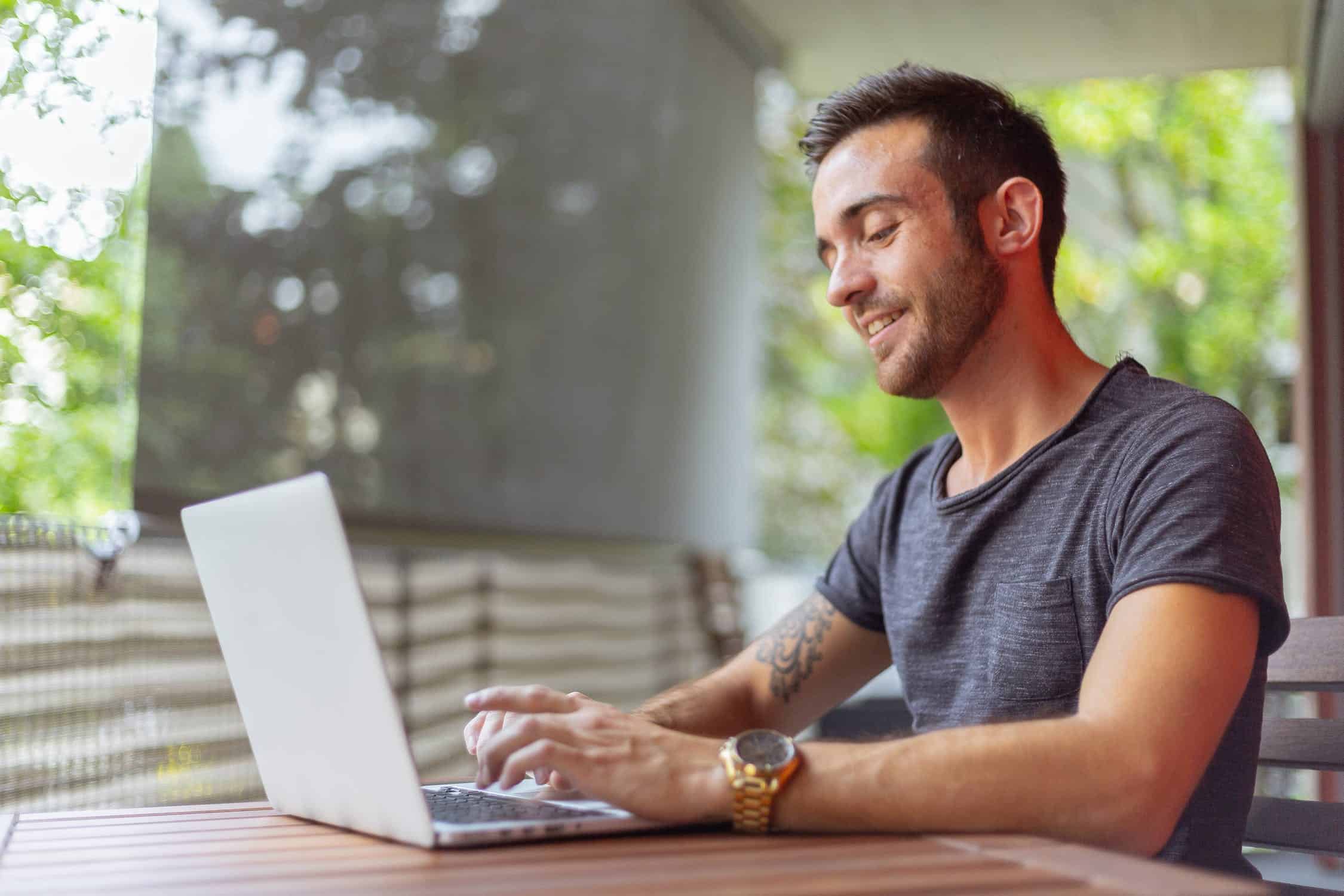 What Does it Mean to Be Creative?

Creativity is very specific to humans, and many of the most important and interesting things in humanity are the outcome of creative endeavor: languages, arts, science, culture, etc. (Csikszentmihalyi, 2013). But what does it mean to be creative in the age of technology and constant rapid change?

With advances in automation, artificial intelligence, intelligence augmentation, and even quantum computing, the world is quickly being shaped into a landscape that is vastly different from what we’ve known. Our world capable of shifting what would have taken hundreds of years in a matter of days and one that will soon accommodate the introduction of artificial intelligence into the human system.

All of these advances will create fundamental challenges, not in the least existential questions about the roles each of us plays on the planet.

When the characteristics we’ve placed so much emphasis on, are quickly replaced by technology, what then, is our role?

These challenges will require creativity to move through, innovation on a very human level, and understanding of what that means.

With such rapid changes in the movements of our daily lives, effects are already being seen at almost every level, with a rise in mental health-related issues, depression, suicide, swift changes in manufacturing, job markets, and even the structure of our largest institutions.

These challenges will need to be understood with creative insight, something that (due to the large degree of changes at a fundamental level) will require human understanding or wisdom to address genuinely.

Having Time For a Renaissance

Unfortunately, the world population has been ill-equipped to adapt to, or connect with, creativity. Simply because it has been misunderstood.

Large institutions have finally picked up on the importance that creativity has in our current age and the requirement it will become in our very near future. Yet, their approach is one of putting a box in circular clothing.

The reason why creativity has been so misunderstood is that we have misunderstood ourselves. This, in itself, leaves room for a colossal renaissance to take place – one where creativity and understanding are front and center.

Understand You Are Already Creative

In 1968 NASA commissioned Dr. George Land to develop a test to rate genius-level creativity. Deep in the space race and eager to pull ahead, they found it was an accurate assessment that allowed them to assemble a stellar team of scientists and engineers capable of sending a man to the moon for the first time, with technology the first generation iPhone would run laps around and a short schedule to keep.

Dr. Land’s assessments worked so well, in fact, that he decided to use them on children.

His studies found that creativity drops-off dramatically as we age. Not only that, but the largest creative group of us all are those who are five years old or younger by far.

What this shows us is that we are ALL born creative. Yet, by the structures we instill, through teaching and societal norms, we lose sight of what this means and lose our ability to be creative from an early age.

Because, as suggested here (and shown by your own experience earlier in life), creativity is innate within us, it only takes dissolving the restrictions or structures that edge it out and allow this once prevalent ability to come back to awareness. To dissolve these restrictions, it takes an understanding of how we function to be able to accomplish this and nurture this natural ability.

Luckily we have had an emergence of mindfulness teaching and practices at a large scale – to a degree, even permeating work culture as a means for development, productivity, and stress reduction. Unfortunately, as with any topic that picks up steam, the original intent can change depending on who is participating in it. Yet, the reason why people have been looking toward it as a solution is due to the need to increase understanding in our current age.

With such large changes, this is ideal. Yet, mindfulness really has little to do with going into the mind with tips or hacks to using the brain. Mindfulness is a tool to become aware of what is happening within the mind in order to use the brain deliberately, or, as is uncommonly known, to supersede its use as a primary tool in leading your life. 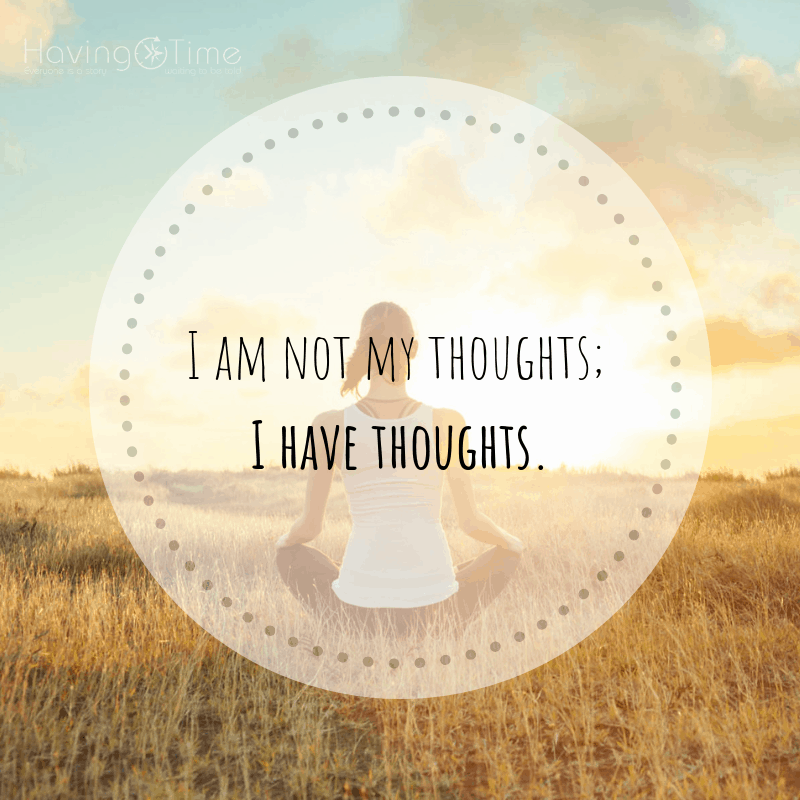 There is understanding in the mindfulness process, but as you go deeper the understanding really has little to do with the mind. Because the deeper you go the more you unveil the mind’s true purpose. It is here, at this point, that you begin to understand there is much more to the human system.

These parts of ourselves have little to do with the associations, structures and identities that the mind relies upon and has been a large reason why they have been kept outside of the awareness of most. And at an age of such rapid change, it has become almost dangerous to one’s psychology in order to have to hold on to things like this, as many of the things we have gotten used to as a means to define who we are have, or are, quickly falling away. When this happens to the mind, anxiety becomes the norm as it scrambles to find a foundation.

Understanding the Role of Awareness & the Mind in Creativity

When we’re taught systems in the mind, our adeptness for creativity crashes as we rely on these structures. Although creativity does not rely on the mental structure it doesn’t mean it’s chaotic.

In fact, it belongs to a cadence that is much more simple, yet might feel or seem chaotic to the mind because of its inability to understand it.

Because it’s facing something it hasn’t seen before and where logic or comparison need not apply. The mind has little or no aptitude for that type of thing because it relies heavily on these structures that require relating to something it has seen before. This is the type of mechanism Picasso was referring to when he said, “The chief enemy of creativity is good sense.”

This is where awareness comes in.

By becoming aware of these structures and what is happening within the mind you can begin to understand why they are there and what purpose these associations have tried to accomplish.

The more you see and acclimate yourself toward, the more you will find you simply let them go. By unveiling these structures and witnessing them for what they are, you will begin to unwind them from the unconscious repetition they’ve been so long held.

In this way, you become more flexible in your capacity of the mind. [Note: The reason why many unconscious processes are repetitive is because they are unconscious. By becoming aware of/feeling into their presence you not only understand the role it was attempting to fulfill but understand that this role and the means by which it was attempting to accomplish this are unnecessary).

It’s with this type of flexibility that you can allow more space within you that, not only increases your ability to become aware of what is happening but allows your ability to be creative. Because the less internal structures you’re being held to, the larger your ability to adapt and be natural. Or in this case; be in touch with the creative part of yourself.

Beyond the Academic into Understanding

The academic community has recognized the need for creativity at scale. You can now find a growing number of courses from individual programs to PHDs.

One institution I have been in touch with is even requiring each undergraduate student to take a course on creativity. While the effort is commendable, the approach to teaching creativity (one of the case studies and research) is not any different from the same model of memorization much of our education system is based upon, becoming an unreliable means of disseminating the type of self-understanding and discovery required for creativity.

These systems can no longer work in the age of technology where things change so drastically. Creativity in its true form, accessible understanding yourself, is a priority.

In a world of such rapid change, it is time to understand that creativity comes down to understanding. Understanding, meaning awareness; awareness of oneself and what’s happening within you. That’s why creativity has been so misunderstood. It’s been elusive because of the external, academic markers to which we’ve been held. Yet the process occurs within you, not directly informed by someone else’s model of how to be nor a process or product that is created.

What does it mean to be creative in the age of technology and constant rapid change?

The world is now requiring solutions that are based on understanding. Not on memory or study.

Creativity requires understanding yourself in a way that isn’t defined by technique, culture, or affiliation.

Creativity is about exploring yourself, your place in this ever-changing world and what that really means for you.

Creativity is about you.

READ NEXT: How to Overcome the Habit of Delaying Important Tasks