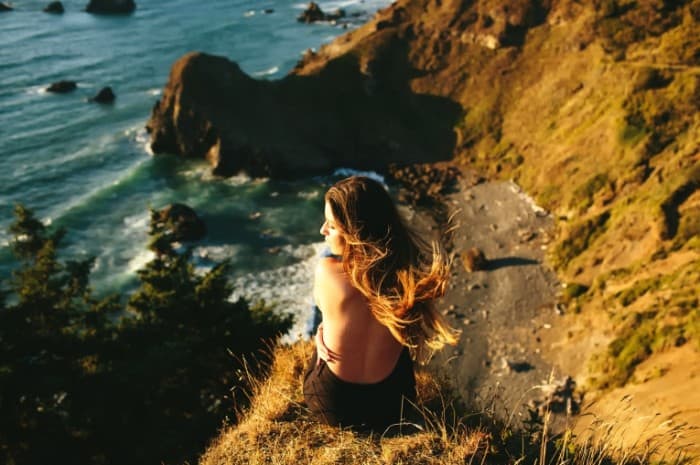 “Life is not always perfect. Like a road, it has many bends, ups and down, but that’s its beauty.” ― Amit Ray

There are so many times in our lives when we have to, willingly or not, give up an identity. We go from being “married” to being “single,” from being a “boss” to being “unemployed,” from “husband” to “widow.” These roles are often so definitive. They dictate how we spend our lives, who we spend our time with, and how we feel about ourselves…
Almost a year ago, I moved to New York.

My partner had landed a job in the city, and the opportunity to live in New York seemed pretty thrilling. Moving to New York was always going to be a challenge, not just because it’s New York, but also because my qualifications as a psychologist wouldn’t be recognized in the US.

So, this meant that I knew that finding a job was going to be difficult. Still, I was optimistic that surely something would come my way, and wanting to support my partner in following his dreams, off we went.

In deciding to move, I considered the implications of not having a job for a while. Amongst many thoughts, the main ones revolved around not earning any money and being financially dependent on my partner, how I would spend my time and whether I would have any friends, but what I never considered was how I would feel about losing my identity as a psychologist.

Now looking back, I’m not sure why I never thought how this would feel, especially given that up until recently I had spent eight years of my life working towards becoming a psychologist, and then subsequently spent most days of the week working as a psychologist. Maybe it was because I was feeling pretty burned out at the time that we decided to move, or I was just excited by the prospect of something new, but I had no idea that giving up this identity would be so difficult.

Our lives are so connected to what we do that I now feel naïve that I didn’t even consider the challenges that would come with letting go of this significant role in my life. I had never considered the feelings of aimlessness, hopelessness or frustration that might arise as a result of giving up this identity.

When we lose an identity, it is during these times, that we are forced to contemplate not only what we have lost, but also where we’re now headed.

These times are simultaneously a time of grieving what has passed and growing into what we will become. It is a dual emotional process that we need to navigate.

And without handling both sides of the equation, people can become stuck. We all have that friend who’s stuck in the grieving the loss of a relationship, still incessantly talking about her ex, and seemingly unable to make room for new beginnings or relationships. Or we have a friend who immediately starts jumping from one date to the next, unable to tolerate the grief that comes along with losing the identity of being connected to her ex.

So, how do we move through these truly transformative times in our lives? Obviously, this has been something I’ve been thinking a lot about, and still making my way through, but here are my work-in-progress thoughts on the issue.

What is it that you’ve lost? What were the different aspects of this role and how did it shape your life? What was it about this role that was important to you? What feelings have you been unwilling or unable to feel?

Processing the grief of losing an old identity can help to give us clues as to what matters to us.

It’s when we connect with what it is that we have lost, that we can see what we truly treasure.

For me, I treasured feeling useful, engaged and dynamic. I missed feeling “in flow,” where I felt connected with what I was doing day-to-day. If you lose a relationship, perhaps you’ll notice how much you value feeling connected, understood or supported. If you finish university, you realize that you miss learning or being more of a master of your own time.

It may also be a time where you reflect on what you’ve learned from your old identity, what you liked or didn’t like about it, how you want things to be different or stay the same.

Taking what we learn from our grief is essential in creating a new roadmap and moving forward. If we don’t connect with what we truly value, the risk is that we just jump from one thing to the next, probably feeling pretty disconnected and discontent along the way.

For me, right now I can’t be a psychologist. But what I can do is find things that make me feel useful, engaged and dynamic. At the end of the day, there are many other paths I can take to live these values, and they can be in different domains of my life and aren’t dependent on my job (or current lack there of).

But I think one of the most important takeaways I have from this experience is that you can both be grieving and moving forward at the same time. Just because you have grieved the loss of an identity, doesn’t mean there won’t be times when the pain and loss resurface. That is the nature of grief, even when we are growing and moving forward, it can be present.

May we exist like the lotus, at ease in the muddy water.