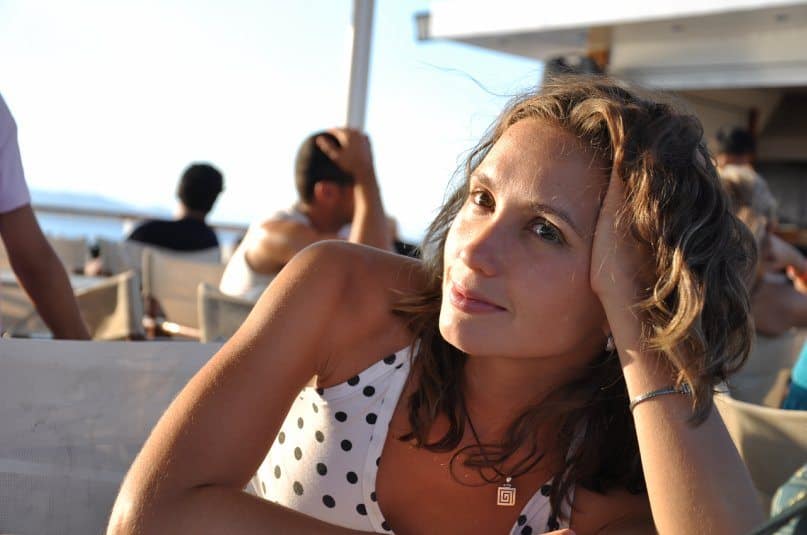 Whatever you decide to do, make sure it makes you happy  – Unknown

Life is hectic. Sometimes it becomes so overwhelming that we hardly have a chance to catch our breath trying to keep our mind calm and stress-free. Deadlines, new projects, new assignments, goals, dreams and our desire to succeed make our mind race against the time exhausting it in the process. We go to bed with a list of things we failed to do; we wake up with a list that doubles. The whole experience is extremely energy draining, and it establishes stress and unrest in your life.

It almost seems impossible to stop, reflect and break the pattern when you feel as if this raging river of roaring pressure twists you in its whirlpool with no chance of finding ground underneath your feet again. That is far from the truth. There is always an opportunity to claim back control over a stressful situation.

I wasn’t aware of that for many years. I was drifting with the flow wherever it would feel compelled to take me. I felt as if I was powerless when facing challenges. Somehow it seemed that circumstances were bigger than my will to suck it up and get back up again. I felt as if there was no chance I could reduce the stress and anxiety and forget about panic attacks when I was failing to deliver results within a deadline. I felt that I would never be able to breathe deeply and freely again.

I was in that victim circus for a long time until I decided to change my behavior patterns for the better actively. Here’s what helps me now to keep my cool.

1. Switch off your drama queen 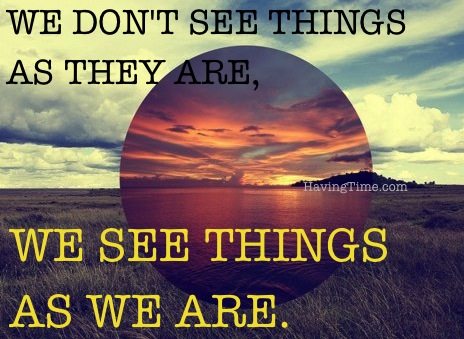 I was never considered as a calm and composed person. And I must admit, it caused me a lot of grief over the years. The tiniest inconvenience would become a massive problem in a matter of seconds in my mind. That’s how keen I was to catastrophize everything that would not go according to MY way. And my mental struggle to adjust the world and people to be the way I saw fit was arrogant, I admit. But most importantly, it caused a lot of pain when things didn’t turn out according to my aspirations. I put way too many conditions on being happy, and it seemed that it was impossible to simply “arrive” to that state of happiness…

I used to jump to conclusions too quickly like Google does when you type one word, and it autocompletes the rest of the sentence before you even know it. I had this tendency to act before comprehending what happened. I had a tendency of going through a full bucket of emotions without regard to anything on my way. 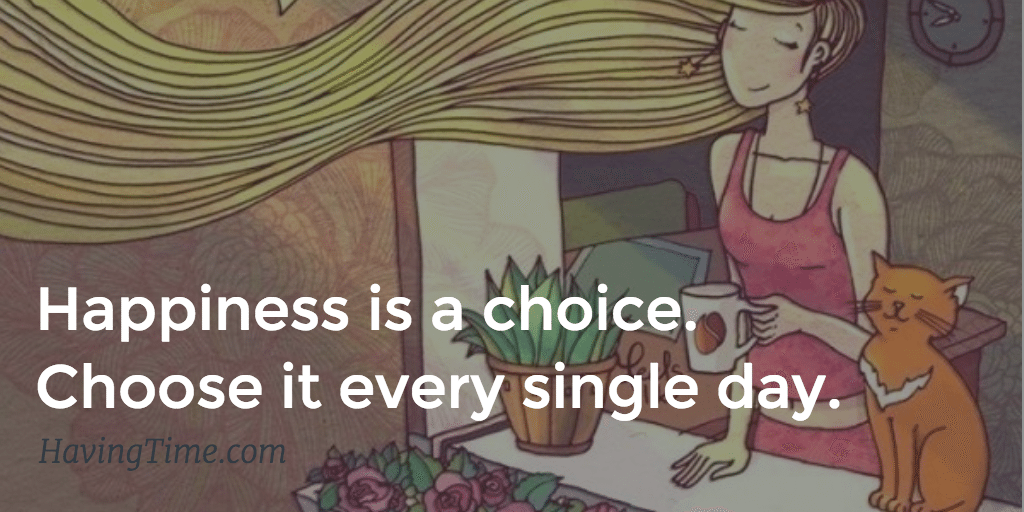 I was ignorant about my reactions and the way they drained my vital energy. Until one day when I stopped, took a deep breath and, as my “drama queen” was about to claim its place on the stage of my life, I only told her that she could use a break or even disappear. I guess it was my very first step towards emotional stability.

I released the need to be reacting like a storm going through and sweeping everything on its way. Instead, I took the position of a witness to see the bigger picture, just how you appreciate a piece of art from a distance. I did the same with different challenges I happened to come across in my daily life. I would distance myself to see the bigger picture and give myself a break to cool down and think before reacting.

2. Think before you spill the beans

I have some friends who spill the beans way too often and on the subjects way too private either in person or, worse, on social media. I used to take a judgemental position ridiculing them for sharing too much. That continued until I realized that I’ve been doing the same thing myself – sharing, dramatizing and exaggerating even the smallest of my problems.

I realized that instead of focusing on solving my problems I was too busy sharing them in my Facebook status updates, begging for attention and sympathy. Not a strong position and I weren’t a fan of that.

From that moment onward I decided not to spill the beans of my problems on my friends’ heads. I would only share something when I needed help from a close friend. I don’t know how they see me now, but I hope it created a more positive image than the grimy and depressed one that I was showcasing so magnificently not so long ago.

So think before you spill the beans. Is it really that necessary?

3. What Pushes your Buttons?

We are most likely to find ourselves in trouble when we act out of touch with our mindful approach. Therefore, all I had to do was to think and evaluate all the things, situations, and my pattern behaviors that tended to kick me out of balance.

I’ve been practicing yoga and meditation for a while. Thus, I found my salvation during meditation and before and after yoga classes. It helped me to let go of negative thoughts and ease that chatterbox of the negative self-talk. It helped me to get out of my head and to find a stable point to stay present in the moment of now. It contributed to appreciation and acceptance of my body the way it was and love it and strived to make it even healthier and happier. 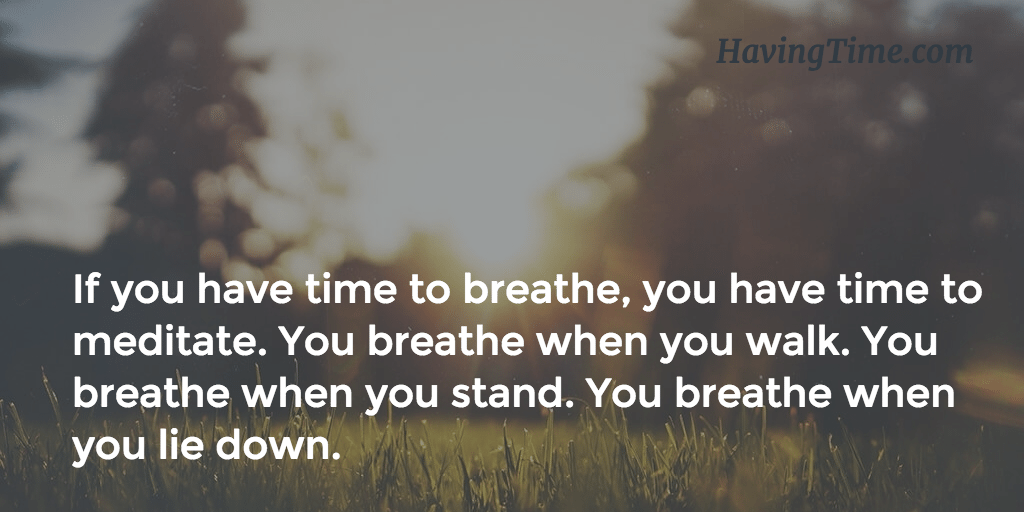 It also helped me to create a positive and tranquil place in my mind where I can come back when I feel that I am about to lose my grip.

The more mindfully I move during yoga and the more calmness I bring during meditation, the less place there is for stress in my life.

I used to fill the void with food whenever problems would get way too close to my doorstep. I was ignorant about it. Then, the more yoga I practiced and the more I moved – the less desire I had to stuff my face with junk food or anything I had in the fridge for that matter. I was an emotional eater for a formidable part of my life. It changed.

Instead, I created a list of calming little things. I listen to meditative music that instantly gives my mind a positive vibe. Whenever I feel like the day took the last drop of my energy, I would go, light up some candles, pour myself a bath and soak it all away. I found this ritual of water and fire an energetically cleansing experience that never failed to give me a sense of peace and tranquillity.

Think about your list of Calming Little Things and make it a part of your daily ritual.

Whatever life brings to you doorstep, smile and keep calm.