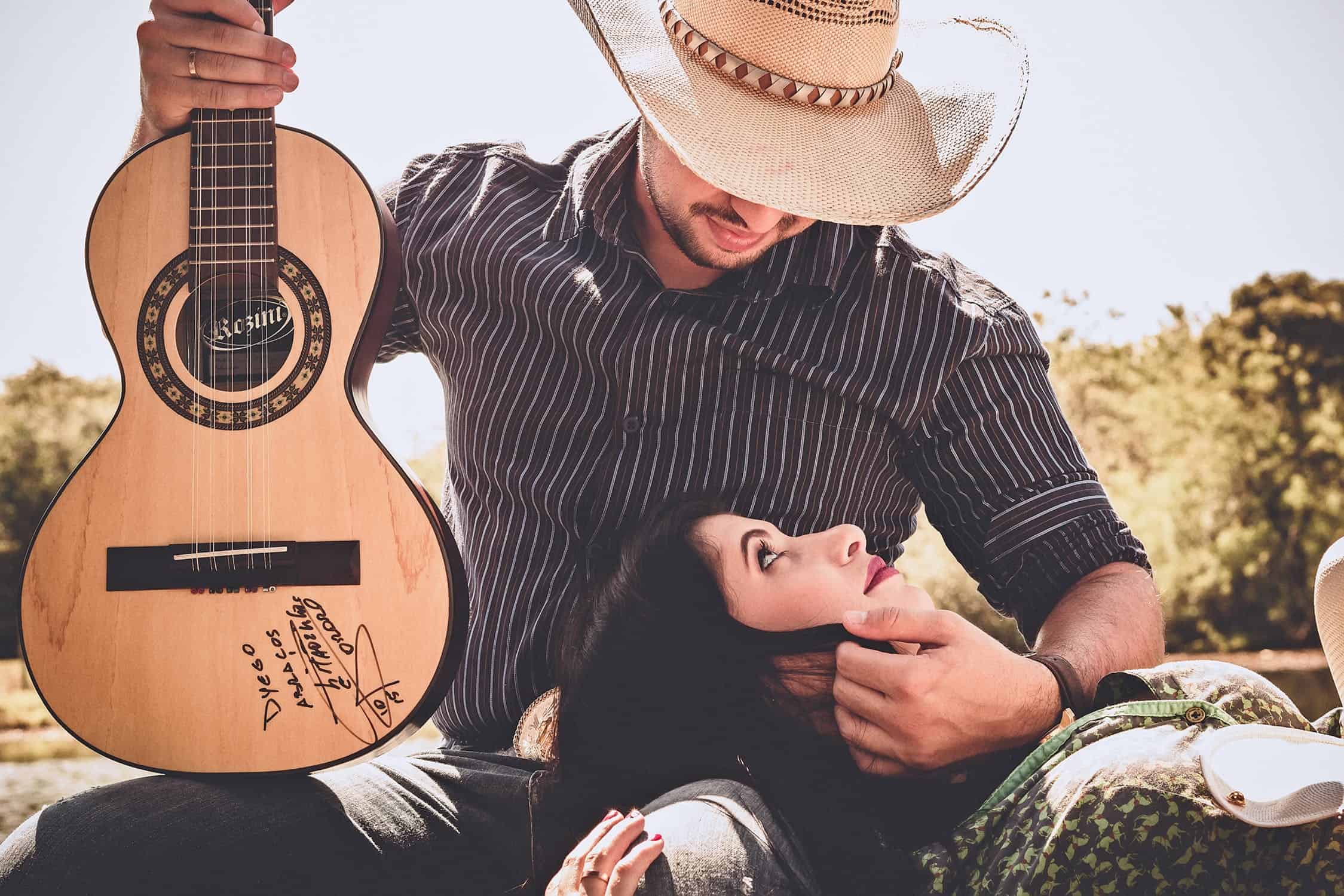 Tricky Relationships: Why they Exist & How to Get the Best Out of Them

There are at least one or two tricky relationships in your life at any point in time that you would rather not have to deal with. These relationships most often arise through something like work, school or family; it’s the people we didn’t directly choose to be part of our life but they are there nonetheless.

These are the people we would really just like to avoid, but often can’t. For whatever reason, they just seem to rub us up the wrong way.

In whatever guise it presents, it is likely to boil down to two things:

This isn’t a glib statement, frankly, if we don’t take the opportunity now for a bit of introspection, I’ve found the issue will just rear its ugly head again and again (in many different forms) until I take notice.

The trouble is, we often describe the issue in terms of what the other person has done to us; we want to make it about right and wrong. And we want others to hear our side of the story; to feel validated. However, the likelihood is no one has done anything to us they are doing things for themselves.

We each see life through a unique set of lenses. What if there is no right or wrong, just different things right for different people at different times and in different circumstances?

I have been reading a novel recently, written by Kate Morton, that effectively demonstrates how differently we all experience things. It involves three sisters who all have an entirely different truth about the disappearance of their younger sibling back in the 1930s, when they were all just children, but they never talk about it to one other.

Instead, they carry the weight of their truth and their feelings about it (shame, guilt, disgust, powerlessness and so on) for their whole lives. It shapes who they are in the world and how they interact with others.

Here are some words of insight from the main character, Alice, that are relevant to all of us. This is at a point when her version of the truth begins to unravel some seventy years later as her only surviving sister starts to talk about what she thinks really happened – her truth – for the first time:

“Alice had been too stupid to listen back then…too wrapped up in her own misguided view…she’d believed her own version of events for such a long time …Deborah’s revelation had brought small, niggling queries to the surface.”

“…but now, seen from outside the swelter of her own guilt, it seemed a long bow to draw, a presumption with scant evidence…”

“But you were younger (soothed Deborah)”

“Only by a couple of years.”

“A vital couple. And you were off in your own world much of the time, whereas I watched the adults, eager to join them in the rarefied air up there. I saw things Alice…Doors quickly closed when I came near them, raised voices that were suddenly silenced, a look on mother’s face…”

“Deborah’s version of events, by comparison, though unpalatable, had a clarity to it that Alice’s did not. There was a logic and simplicity underlying the sequence of events, an inevitability even.”

“She couldn’t believe what a self-involved little fool she’d been. Such a desperate, longing child, so caught up in her own world she hadn’t seen what was really going on.”

Interestingly, as it turns out – and is likely more common in life than we would necessarily think – neither sister was correct about what had actually happened. They had each seen the world through their own narrow lenses as we are all apt to do.

Later in the novel the elderly character sums it up beautifully:

“People can be unreliable can’t they? Even the most conscientious witness, eager to please and with nothing to gain, is liable to make mistakes, littering their testimony with small misrecollections, assumptions and opinions rather than facts.”

“We are all victims of our human experience, apt to view the present through the lenses of our own past.”

Putting aside our own tricky relationships for a second, have you ever noticed when other people get all bound up by something that you just feel either neutral or quite positive about? They might be highly emotive (to the point you want to avoid the topic – or them) and yet they are seeking validation for the way they feel.

That gives us a sense of how we might appear to others when we are getting our knickers in a twist over something. We tend to seek out supporters, because we want to feel our view is valid.

Every feeling we ever have is perfectly valid, but we got so used to others in our childhood reacting in certain ways to our emotions, either telling us directly or indirectly they weren’t appropriate, that we get used to suppressing them or justifying them to gain support.

I once heard someone cite the human drive to get others to agree with their view as our sole cause of all conflict in the world to date; personal or territorial. And yet, everything is simply an opinion.

Where this gets especially tricky I find, is when I am the person who gets stuck in the middle of two others who are at odds with each other. I have learned that taking sides is the role for a judge – not me; certainly not if I want to remain on good terms with them both.

We each have enough on our own plate (or more likely a whole buffet) without taking on other people’s stuff.

I have discovered there is a huge difference between people genuinely wanting my perspective, versus those who just want to offload or gather support.

I’ve fallen victim to the latter myself many times; in satisfying my own self righteous indignities and in listening to another as they do the same. You can literally hear and feel the issue growing in its momentum, snowballing and pulsing like a giant beast of wrongdoings.

So how can we figure out what’s going on without dumping on others?

Often the issue isn’t as neatly packaged as we would like, it’s usually more that it points to an unhealthy emotional pattern that we have carried for years. At the risk of sounding cliché, these patterns begin in childhood, seeded in the first seven years with firm roots having taken hold by early adulthood.

For years there were many things my mum would do or say that really wound me up, but the last big issue I confronted actually took place in a work setting. While I would have had every right to report my jealous colleague for bullying and intervening in my career, I knew there had to be something in it I’d drawn to me.

I’m not someone to be bullied, I’d always fought against any perceived injustice and my senses were on red alert in this case. I had psychoanalyzed it time and again, I had talked directly to the perpetrator time and again (in what felt like endless rounds of a grueling tennis tournament, both of us wanting the last swing at the ball).

What is interesting is it was actually the perpetrator I was psychoanalyzing; I could easily see the links between their father’s bullying ways and what was happening between us. What I was blind to was what was going on for me – which is always the most important aspect of any conflict.

There was the aspect of authenticity being challenged. I had entered that role on the understanding that it was strategic in nature – certainly the pay packet reflected that – yet the title and the understanding of my colleagues differed to that of my boss.

The determination I had felt to hold a position where I could be more authentic was challenged, I was being tested. In the end I held true to myself and left the whole arena from a place of successful dignity.

Another aspect though of what was going on, was more about how I related to others with differing opinions. I’m sensitive to how others feel, and I want them to either agree with me or to allow me to have my own opinion without feeling that I’m going to be judged or barraged into submission. When I feel that someone is trying to control me, like most of us, I react.

This is something that likely stemmed from my childhood arguments with mum, and her strong opinions. But I often had to capitulate in those days, which made my determination not to stronger as I grew older. You might imagine how defensive I could be coming from that standpoint.

My lessons here were about being true to me without defense; I no longer needed the defence. What was no longer necessary after my teenage years had continued as a pattern into adulthood and I just kept drawing situations in which I had to defend myself. After so many decades it was time to drop it.

Did I get there all by myself? No. This was at the outset of my journey to really figure out who I am, I was shrouded in years and years of beliefs and experiences that pointed to a different me, yet one who never felt good in her own skin.

I got myself an objective and trusted mentor, one who was further down the road than me, who had taken that walk to authenticity. This was a person I sought out many years ago and continue to seek out today when I need some perspective and feel stuck in the trees. She amplifies back to me the salient points she hears me describe so I can reflect and move forward.

But, most importantly, I gained inner clarity. I regularly meditate in order to practice observing my thoughts and letting them drift from my mind. I take time to contemplate and I focus my thoughts through writing to learn from the mirror of life.

I’ve found the most important aspects to successfully navigating these tricky relationships are:

It’s never too late to change; in fact it’s more about letting go. The character in Kate Morton’s novel was eighty six. She talked about the struggle of letting go of her truth, but how much lighter she felt afterwards.

I have observed firsthand the struggle to let go of this idea of self and things you once thought important. The opinions and beliefs that make up a human being are just thoughts that arise from traits and experiences, they are not you. They are just thoughts and thoughts can be changed.

To embrace what life is teaching you, rather than to resist it, is to live a more happy, fulfilling life. And it’s never too late to be happy. So look upon these tricky relationships as a gift and go get the life you deserve.

Related reads for you 🤓: