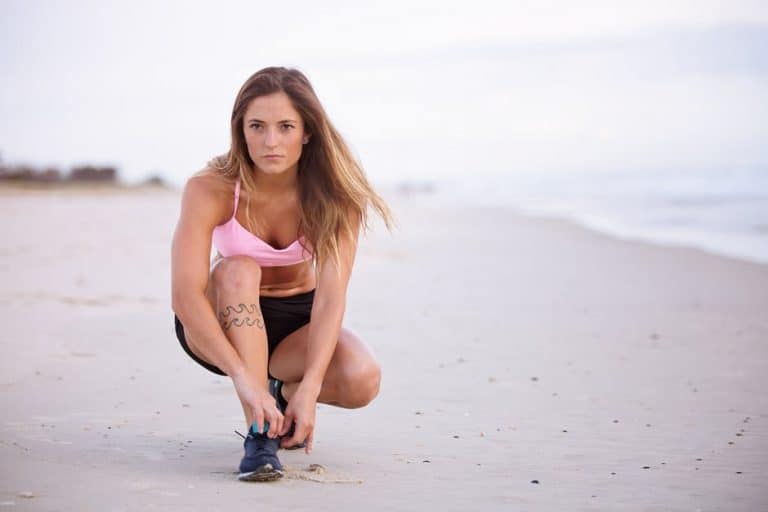 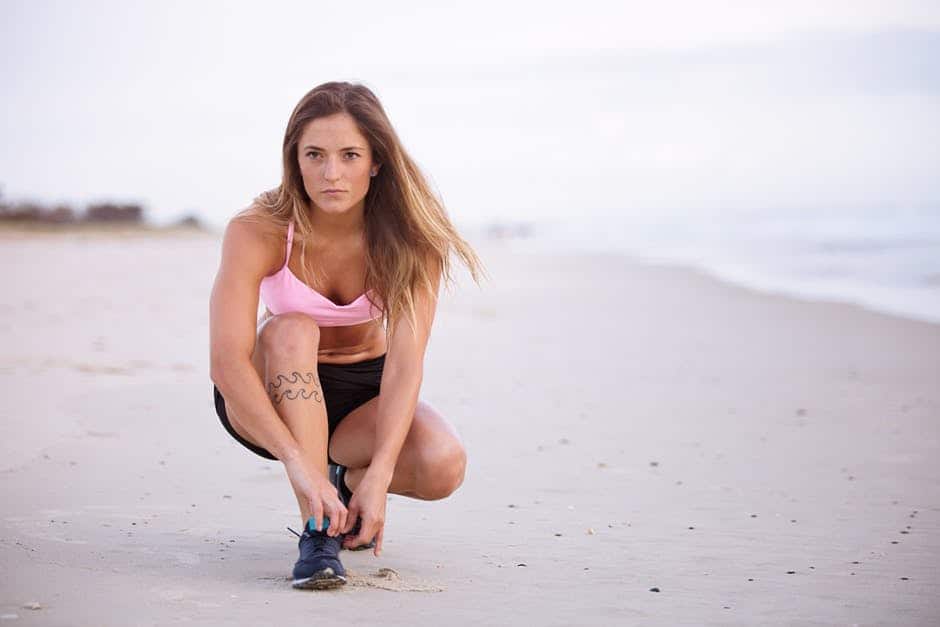 By letting it go, it all gets done. The world is won by those who let it go. But when you try and try, the world is beyond the winning. – Lao-Tzu

I used to be the queen of control. I had a really hard time accepting any situation that was out of my hands. As a teenager, I figured out that if I worked hard enough, I could get more of the things I wanted whether it be attention, success, strength, or knowledge. I stayed up late studying until 3:00am to ace my exams in school. I’ve exercised 6 times a week and lost the weight. If you look at my history, I typically work really hard until I get the results I want.

But every now and then things just get messed up. No amount of hard work can fix it. You know the feeling?

You stay late at work, show up early, work through lunch, but you don’t get the promotion. You try to be the perfect girlfriend or boyfriend and you still get dumped. You save up your vacation days all year, plan out the perfect 2-week trip to relax, and a blizzard cancels your flight or you sprain your ankle the day before you leave. It’s infuriating to put all of your efforts into something that just goes to sh**t!

When life doesn’t go your way, it’s easy to get angry with yourself, with someone else, or with the Universe, especially if you start imagining what you could have done differently or compared yourself to others. You feel frustrated, cheated, and ready to give up…

You wonder, “What do I do when I’ve done my best and I still can’t control my life?”

The answer is SURRENDER. 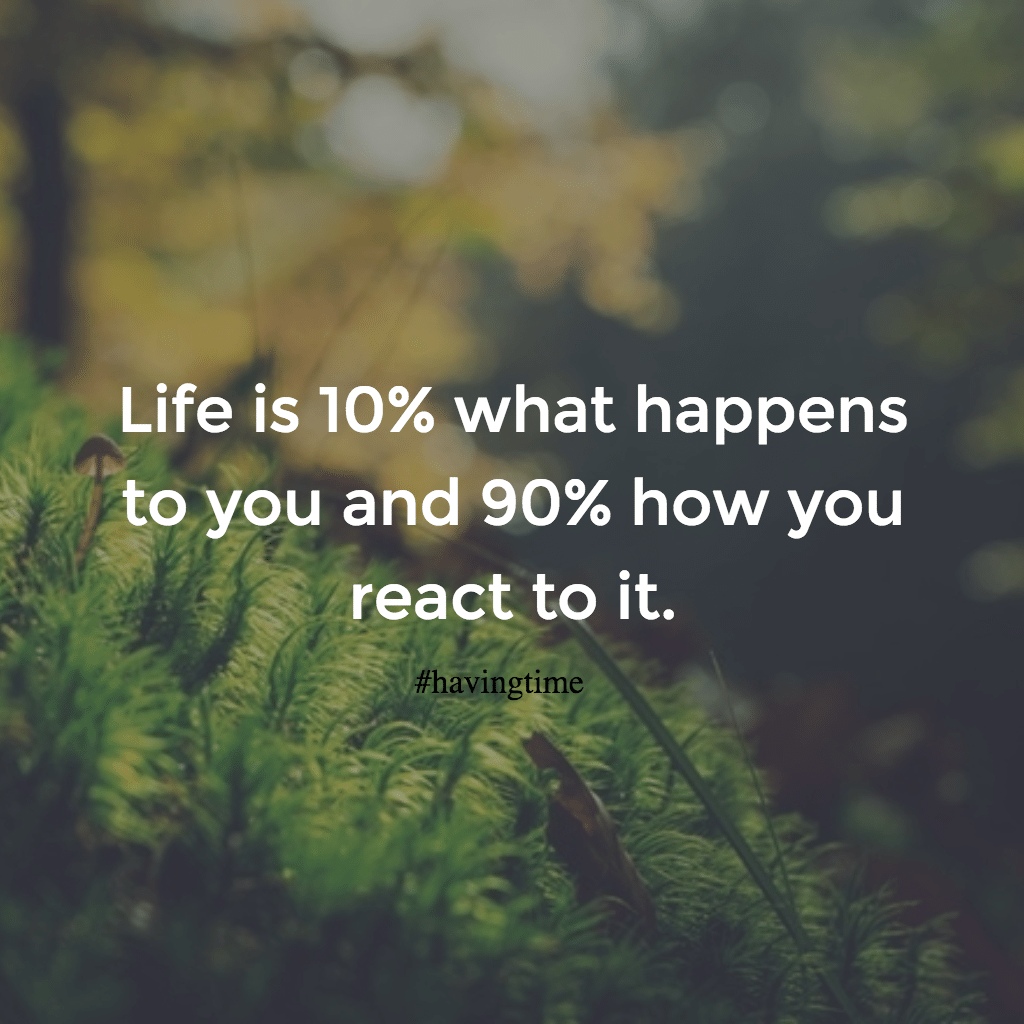 Surrendering does not mean you’re giving up your desires or long-term happiness. It does mean you’re opening your hands and letting go of the need to control the situation. To surrender, you sit back and relax your grip. You admit that you are not in control. You agree to yourself and to the Universe that you are no longer trying to manipulate the circumstances.

Surrendering is not easy, but it’s often the only way to move forward. If you’re at your wit’s end, surrendering is the most powerful action you can take to achieve a breakthrough.

Let me explain with a story.

When I first quit my corporate office job to start a freelance writing career, I quickly jumped into a job hunt fear frenzy, applying to about a dozen job posts every single day. But, for weeks on end, I received no calls or emails back about my pitches. I grew more and more frustrated by the day, inserting tense and anxious energy into every email and application I wrote. After turning my back on a job that generously paid my bills but made me feel numb with boredom, I had to face the facts. I needed a steady paycheck and it wasn’t coming quickly enough.

I reached out to a friend and fellow health coach, who encouraged me to drop my job hunt for a few weeks to re-focus on the book I’ve been writing facing my fears. We agreed I should re-focus my energy, even if just for a few weeks, on serving my writing to the world and following my heart, instead of clenching onto a desperate job hunt that was turning up empty. It was a vulnerable place to be in, but I was desperate.

…I chose to surrender, even if just temporarily. I made the choice in the afternoon, proceeded to have the most glorious 10 hour night of rest. I popped out of bed the next morning to work on new chapters of my book and meditate instead of writing my millionth cover letter. I was excited to dive back into writing. I felt proud that I had given myself permission to work on my book. Then something happened that I didn’t expect… 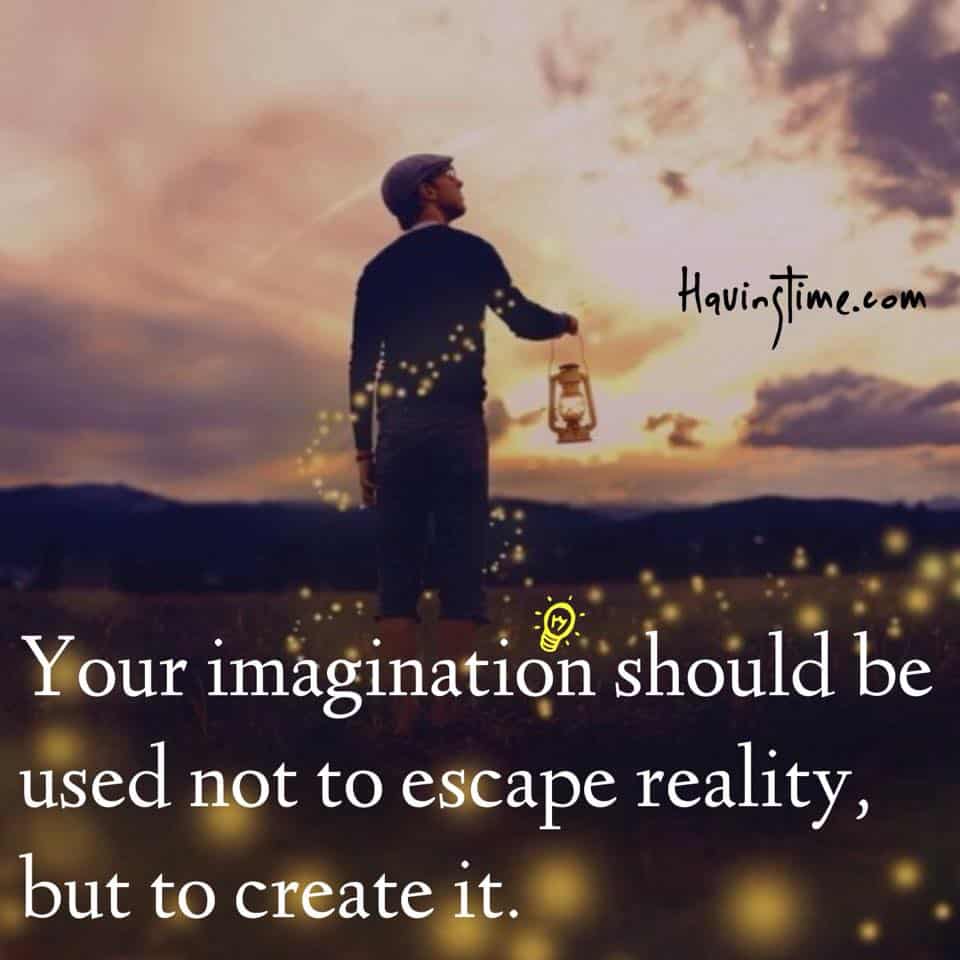 That afternoon I received not one but THREE emails with paid writing opportunities, asking if I was available to do the work. I was stunned. Less than 24 hours after I decided to drop my search, surrender to my part-time work status, and focus on the work that was already making me happy, the Universe dropped three jobs in my lap all at once. When I checked my email looked up at the sky and said, “Really?!!! NOW there is work for me?!”

While I had to laugh at the “coincidence” of the timing, the wiser part of me knew exactly what was going on. I sat back and remembered all the times I had surrendered in the past.

I remembered the time I ran into my ex-boyfriend at a bar less than 8 hours after I wrote in my journal that I had forgiven him for leaving me and was letting go the hope of us getting back together. I remembered how I finally got hired in a professional dance company after I decided it was okay if I never got in. I remembered how I always got the best compliments on my writing when I stopped trying to impress someone and instead just wrote what I felt. 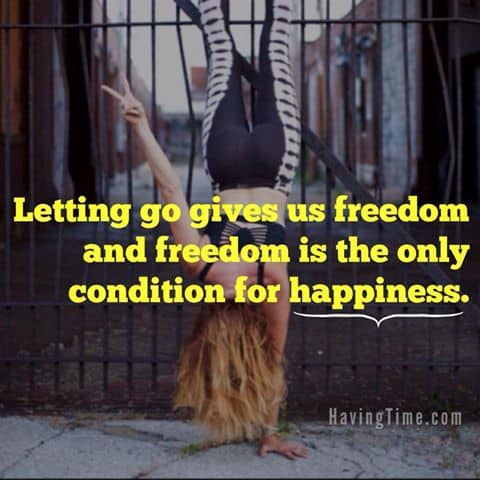 Time after time, when I stopped trying to control the outcome, life got easier and I became happier, whether I got what I wanted or the opposite of what I wanted.

Remembering to surrender will be a lesson I’ll work on my entire life, but it’s worth every bit of effort. When you’ve done everything you can and it’s just not good enough, the best course of action is often to wave your white flag.  You’re not giving up. You’re simply admitting that you’re no longer in control, and you’re willing to see what happens if you don’t try so hard. You open up your hands and your heart. You become curious and filled with wonder. It is then and only then that you often break free.

Surrender. Relinquish control. Bravely let it go. Do it and watch your life unfold with more magic, joy, and excitement that you ever thought possible!