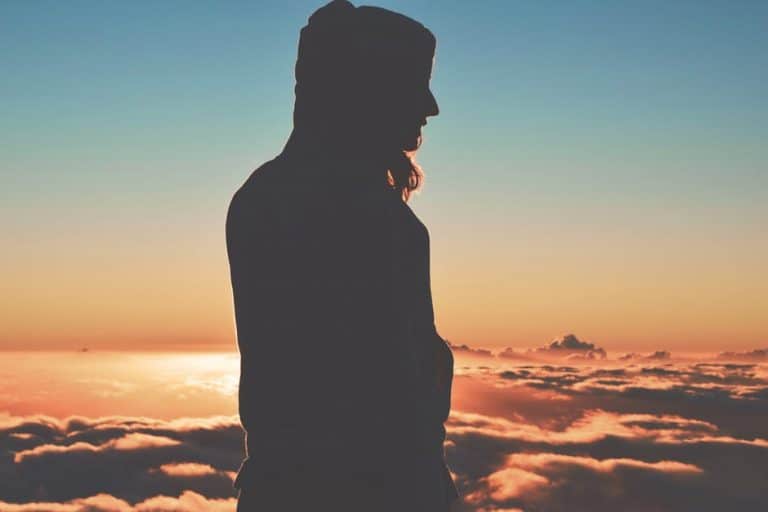 A Relentless Hope: Surviving The Storm Of Depression 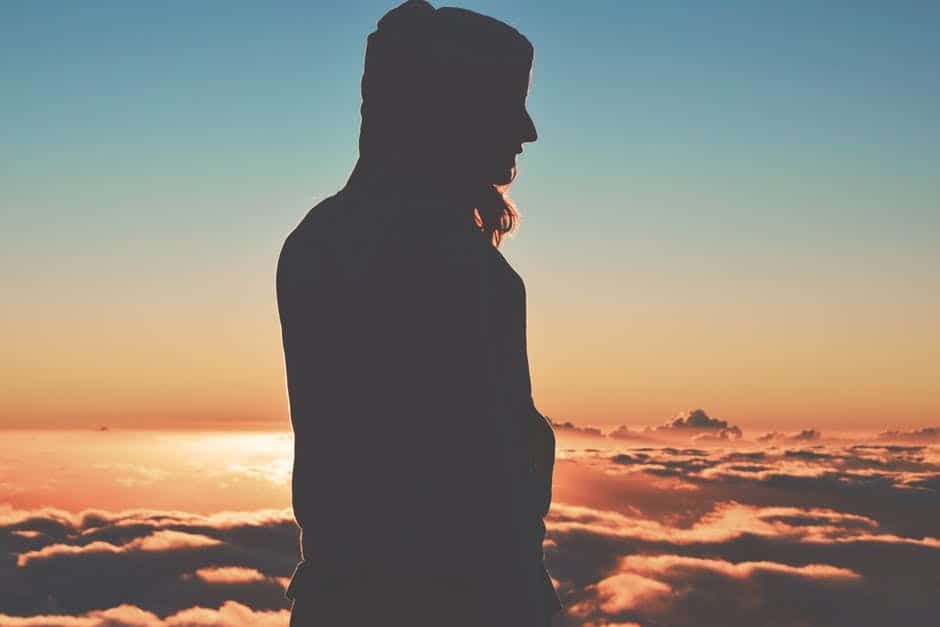 Over the years, depression crept up on me, little by little.

It was as if I was lugging around a sack of rocks, and all too often, life handed me another boulder to add to my load.

My first week at college, I was raped. Here’s a rock.

As a young wife, I had two miscarriages in a row when trying to conceive my first child. Add a couple of rocks.

A decade later, my husband had an affair. Here’s a ten pounder.

I took care of my brother for two years as he wasted away and died of AIDs. Here’s a mammoth boulder.

After 18 years, the husband and I split in a messy divorce. This one was a chunk of concrete.

The bag got so heavy that one day, my knees finally buckled under the weight, and I tried to commit suicide by overdosing on pills.

Obviously, I wasn’t successful, but I did manage to put myself in the hospital for two weeks in a coma and give myself a serious brain injury. The ex-husband sued me for custody of our two sons, won, and immediately moved out-of-state with them.

That one was a whole truckload of rocks.

Right after the attempt, I was severely mentally impaired and just trying to live independently and do the normal-everyday-stuff of life was a real challenge. Putting thoughts into words was a painstakingly slow process that required intentional mental effort. I had trouble figuring out the date, my sons’ ages, or that I was divorced. My body couldn’t coordinate the acts of breathing and swallow anymore. My hands shook constantly and had no fine motor control.

The brain injury forced me to get real honest with myself and others real quick and drop any appearances that I’d been trying to maintain. 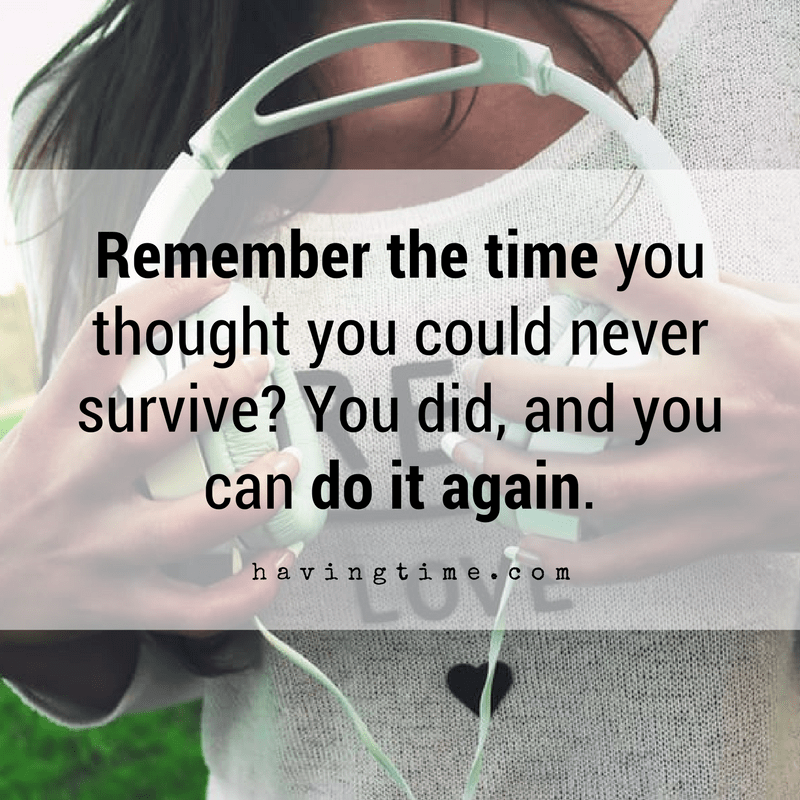 For a while after the suicide attempt, I was still emotionally unstable and undecided as to whether I wanted to live. At about six months after, I had a near drowning incident. In the moment I was faced with drowning, something inside of me just instinctively kicked in and fought hard to live. It wasn’t until later I realized that I could have easily slipped quietly under the water and finished what I’d started months earlier.

The event helped me to see that my mind had been convincing me that life wasn’t worth living –  when my innate instinct when faced with life or death, was to fight to survive. For decades, I’d been torturing myself with the pain of the past and anxiety about the future. I realized that something inside of me – beyond the incessant chatter in my head – wanted to live.

From that point on, I started acting like it. I began taking responsibility for my recovery and my life.

The road to recovery and self-acceptance

With determination and discipline every day, for years, accompanied by lots of reading and learning, self-examination, counseling, doing things differently, and through the miracle of neuroplasticity, I slowly emerged from the mess I’d made of my life.

At first, I was ashamed to admit to anyone that I’d tried to kill myself, had my children taken away, and had mental health problems. But during the first year, I began to realize that my self-inflicted shame was like a dagger I kept willingly plunging into my own heart. I started talking and writing about my experiences and the touchy subjects of depression, suicide, and mental illness.

Upon putting my dirty laundry out there and allowing myself to be vulnerable, the most amazing thing happened. People were most often compassionate and understanding. Many told me their stories about “having been there too.”

And yes, a few individuals criticized, judged, and tried to shame me. Eventually, I came to understand that if I openly disclosed these gasp-worthy events and refused to take on any shame, there was none. The shame only existed if I tried to hide my past and imposed it on myself.

I realized that in my previous efforts to appear OK, I’d only been hurting myself by not feeling my emotions honestly, dealing with them, and allowing myself to receive support. When we close ourselves off from feeling uncomfortable emotions in the name of being strong, to keep from looking weak, vulnerable, and incapable to others, we’re missing out on the opportunity to grow and let others help us.

When we open ourselves up to be transparent and vulnerable, it allows others to more readily accept their own flaws and extend compassion and forgiveness to themselves and us. Heck, I’m even OK now with people thinking, “At least I didn’t screw up THAT bad” when they hear my story.

Like many of life’s challenges, the brain injury was a blessing in disguise.

It forced me to make the hard changes that I had needed and could have chosen to make under less duress earlier. That’s  how life works. A lesson will keep hitting you over the head until you get it. In When Things Fall Apart: Heart Advice For Difficult Times, Pema Chodron says:

[bctt tweet=”Nothing goes away until it teaches us what we need to know.” username=”havingtime”]

Everyone’s journey in this life is unique and everyone’s depression is unique. I’ve determined that my depression was the product of several factors joining together in just the right (or wrong) way. I have a family history of the condition suggesting a genetic tendency. Life certainly handed me one blow after another for years which also contributed to my decline. Unhealthy thinking patterns learned emotional reactions, lack of mental health coping skills, and lifestyle habits helped to pave a plunging downward spiral.

I’ve since learned the practices and lifestyle which keep depression at bay for me. They’re different for everyone. You have to find the ones that work for you.

Today, I live a brain healthy life including daily meditation and exercise or yoga. I eat a brain-healthy diet consisting of lots of organic plants, nuts, seeds, and berries. I have assembled what I call “my mental health toolbox,” which includes mindfulness, thought reframing, visualization, and self-compassion, and put it to good use every day.

While I’m not positive that depression will never visit me again, I am positive that if it does, I have made friends with my mind and possess the tools to survive the storm.

I have detailed the whole gut-wrenching journey to hell and back in a witty and wise memoir, Sex, Suicide and Serotonin: How These Things Almost Killed and Healed Me, and share what I learned about healing from depression in Beat Depression And Anxiety By Changing Your Brain: With Simple Practices That Will Improve Your Life.