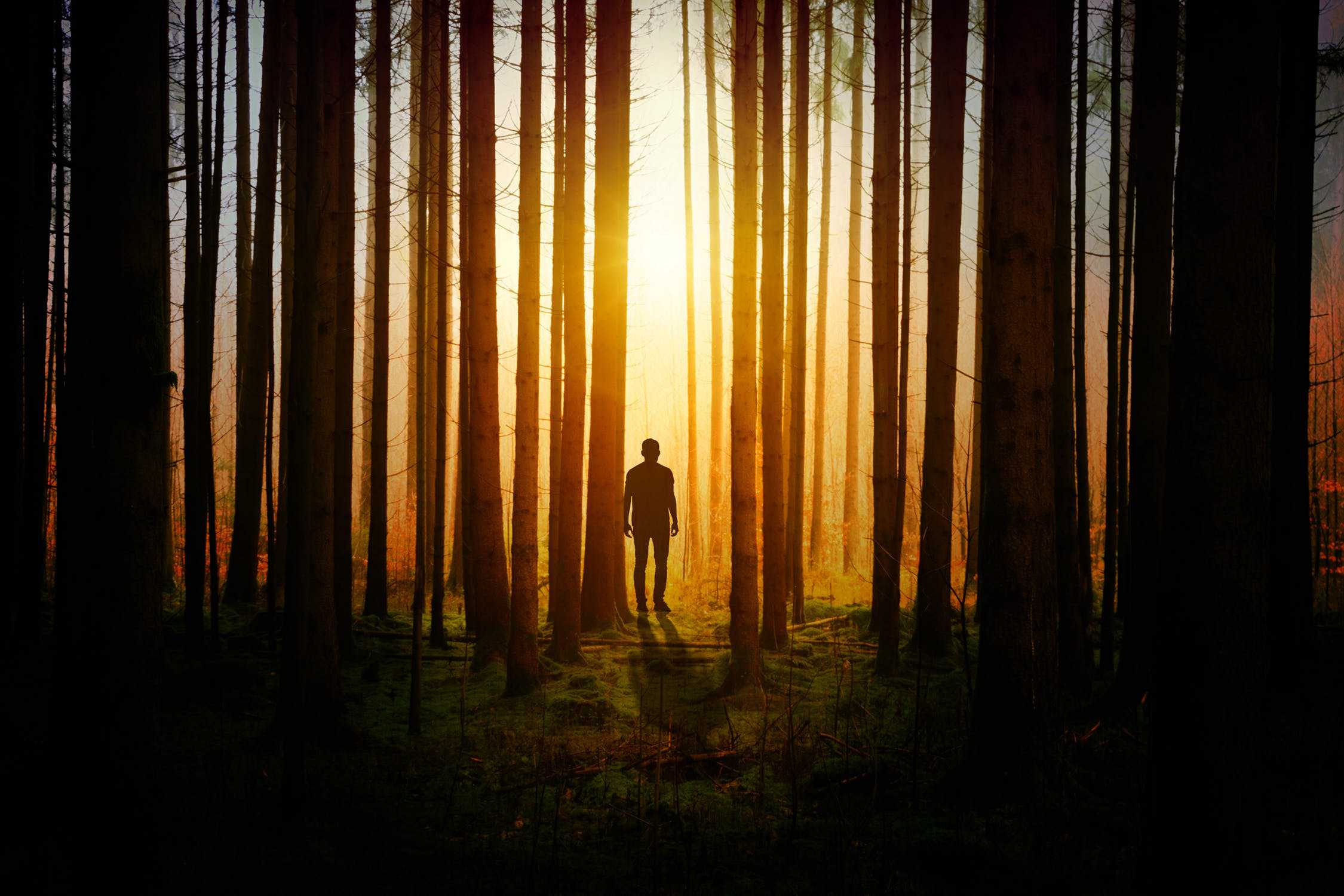 Life pulls you in different directions. The spoken and unspoken rules of our society can quickly create many layers around our self-concept, and it can be easy to lose our sense of who we really are. Many of us (who have become conscious of that) have had to peel back those layers in later years to figure out what is authentically part of who we are and what is not.

I picture us coming into the world like little buds waiting to blossom, but before the essence of who we are can even begin to unfold we are being told who we should be in order to fit in. It is therefore not surprising that the most prevalent self-concept is some version of “I am not worthy.”

It is now known that what occurs in the first seven years of a person’s life will – without understanding and intervention – create unconscious thought patterns and behaviors that lead to very predictable outcomes throughout life. The good news is that, by becoming conscious of them, we can change the outcomes.

Since I, like most of us, have very few conscious memories from those early years, watching my kids through their early childhood has given me added insight.

As the world rushes in to meet my children in so many ways (family, childcare, schooling, healthcare and technology to name a few), I’ve become acutely aware of everything that causes us to second guess our own intuition and adopt different behaviors and beliefs that we may otherwise have.

It can be boiled down to externally imposed concepts of what is good versus what is bad. 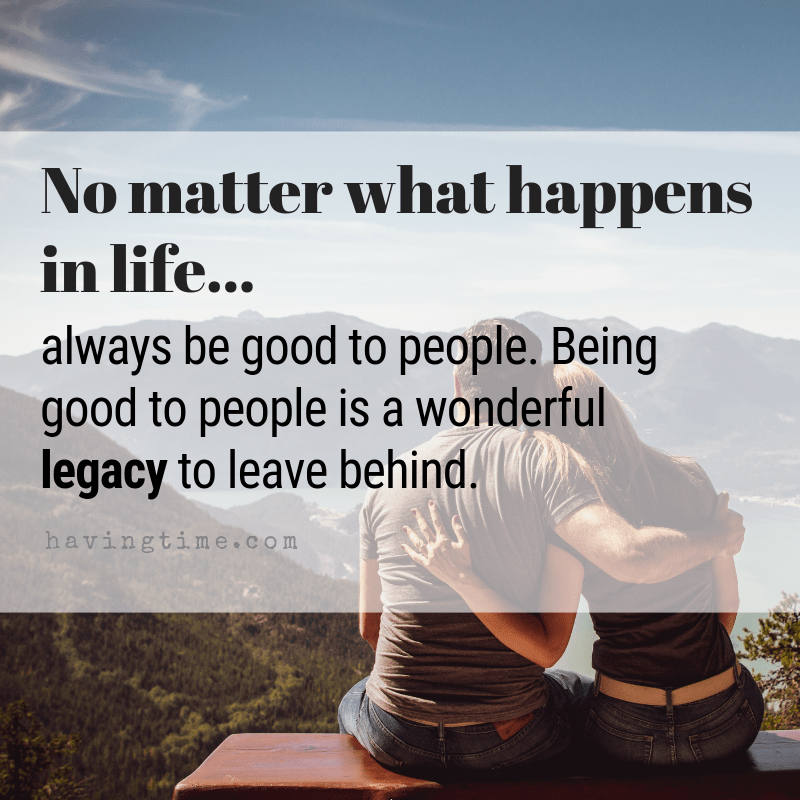 This is an area I have explored a lot in trying to uncover the authentic me, especially since my own mum had a vehement sense of morality that was very black and white. I’ve never felt quite like that, my opinions can be passionate – forceful even – but they are always evolving and changing.

Back in high school, we were asked to take a position on abortion, to advocate for or against as part of our syllabus. Given that I attended a Catholic school there was an obvious choice to make since the church already had a clear position on the issue. This is just one example the kinds of rules we may find we have simply adopted by virtue of our upbringing.

I remember being aware that many of my peers were already deeply entrenched in their views on the topic, not having reasoned it through for themselves and not having had any experience of this issue at all.

What I have discovered is that the things we are taught – or rules we are made to abide by – are not necessarily in our highest good at all. Common examples include ideas about relationships (like “our job is to make each other happy”), concepts we believe to be true about money (such as “it’s selfish to want a lot of money”) or the blind faith we put in authority figures like doctors, teachers, police or religious leaders.

This leads me back to the almost universal self-concept that most of us carry in some guise – the “I am not worthy” concept – and it plays out in so many unhealthy ways in our life. This is what I’d love to avoid with my children, but I can see that the process has already begun.

For a start, I did not have all this figured out (and still don’t pretend to have it completely sussed now) when my kids were born. This means that, despite the best of my intentions, I will have already stunted aspects of my children that I can’t even see at this point.

I can see though, for example, the link between my anxious eldest child and her stressful conception and pregnancy (she was my fifth pregnancy, but first successful one). There were also the expectations thrust upon me by a healthcare system that used to (until relatively recently) commonly shun our men’s involvement, natural birthing and even breastfeeding and now vigorously adopt an opposite stance.

But most of all there has been the issue of schooling, the process of handing my child to another person in these highly influential early stages of them forming their self-concept. In an ideal world I’d love my kids to be able to freely explore and learn about things that interest them, in ways that engage their imagination. This is the optimal way for any of us to learn.

Yet what would be optimal for them among the choices available to us in terms of where we live would be homeschooling. Given that would suffocate me to an absolute point of compromise, how can I teach my kids to be who they are by casting aside who I am? As the old Chinese proverb goes, what you do speaks so loudly I cannot hear what you say.

And so we chose the school that most closely aligns with our values from the other options available. That inevitably means making concessions, as it does for any of us who have begun to see what a colossal weight upon our growth and progress many of the rules and systems of our society have become.

I constantly have to shift gears in order to reevaluate my choices or to stay in a place where I can focus on the best aspects that our choices offer us. 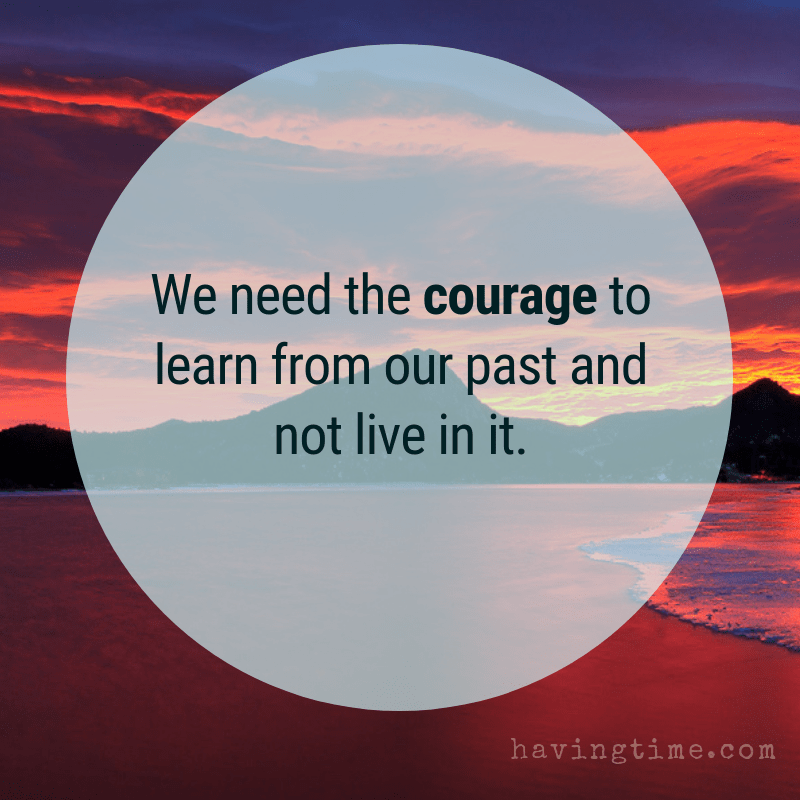 For example, part of the special character of the school we chose is articulated as “learning in time and overtime and by discovery, by making meaning and by coming to conclusions.” This, you would think, is at least somewhat aligned with the self-directed experience that I’d find optimal. In contrast, my eldest daughter said recently “School is boring. We just have to sit there and copy whatever the teacher tells us.”

Trying to make the best (or least damaging choices) for ourselves and our kids can be heartbreaking.

However, all I can do in these situations is regroup, reevaluate and either make another choice and/or count the blessings in the current situation.

I did reflect recently on the bigger picture of this issue around schooling and where we – as a society – are up to in our progress. The thought that came to me, was a comparison with where women were just a generation or two ago: If I had been born in my gran’s era – or in a different part of the world – my choices as a woman would have been extremely fettered in comparison to today.

Just as I can count my blessings on that aspect of life, there are many blessings about the kid’s school too; thoughtful, passionate teachers are among the best of those.

I tend to find this in all society’s systems. Nurses, doctors, politicians, teachers and so on, tend to feel called to their professions to make a difference in people’s lives. But then they find themselves hamstrung by the very profession they’ve entered due to all the bureaucracy and limitations on their decision-making authority.

Certainly, I have learned – and it’s taken me a while – that advocating for the things I do want, rather than complaining about things I don’t want, is far more effective. The words of Mother Teresa come to mind “I was once asked why I don’t participate in anti-war demonstrations; I said that I will never do that, but as soon as you have a pro-peace rally, I’ll be there.”

Of course, figuring out how to advocate is another matter. I have worked in many sectors, in junior and senior roles, and alongside and on behalf of those who were deemed at the pinnacle of power by most. What I have observed is there is no position high enough to make the kind of difference you want.

I have also released myself from having to follow all the rules, as I was apt to until I started to become aware of my own thought patterns around compliance. I recall being challenged on my rigidity around this (and felt quite hurt) by others in my life at that time with more relaxed attitudes towards regulations.

The biggest difference we can each make, I feel, is in being the example we want for others. For example, I can advocate for a different approach to education (and I do) but the biggest difference I will make right now is in making choices that are right for our family’s wellbeing each step of the way.

Above all though, I know nothing is irretrievable. I was born only a short time ago in the scope of human history, yet when I consider the social norms, dogmas, and ideologies across the world that have changed drastically in the last four to five decades, it’s phenomenal.

When I was growing up everyone smoked (and it was actually a debate as to whether it was harmful or not), even kids ate candy that looked just like cigarettes. No one thought to wear helmets when riding their bike. Seat belts were not mandatory in cars. Margarine was considered the new best thing. No one questioned corporal punishment. That which was thought ‘good’ has changed radically.

Yet here I am, having retrieved a pretty good sense of my authentic self, having become consciously aware of what beliefs I held that were attached to previously more encumbered versions of who I was in the world.

None of us came for the wrapped-in-cotton-wool experience, instead, we can choose to do what we think is right in the moment and trust that even the things that feel restrictive and limiting have their part to play.

Our societies will evolve, and that starts with you and I being the most authentic person we can – and feeling as good as we can – in each choice we are making.