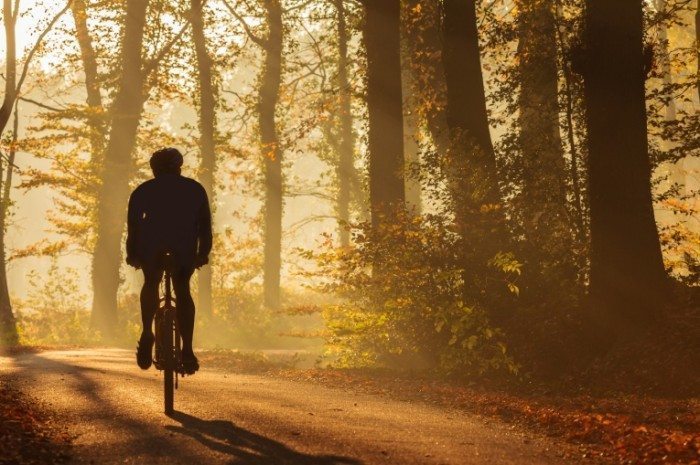 How to Know When It’s Time to Move On

There’s a question that everyone should ask themselves when they are feeling like things aren’t quite right, or they are feeling stuck, in a relationship or in any area of their lives. It’s a question I wished I’d known I needed to ask myself many years ago, and that question is ‘how committed am I?’

If you had asked me several years ago how committed I was to my long-term relationship at the time, if I had been able, to be honest with myself, I probably would have said that I wasn’t very committed at all, but at that time in my life I was very lost and confused, and I wasn’t able to connect with what I really wanted.

I didn’t know who I was anymore, I didn’t really care about myself anymore, and I had a partner who was in the same position. It was like the blind leading the blind, and the relationship began to feel very heavy and depressing.

But you see I’ve always been a very loyal person, I’ve always worked hard, and I was brought up to believe that you have to stick things out no matter how hard they get or how much you have to compromise.

Many people around me at that time would say things like ‘but he’s a good guy, he’s not a bad person,’ and ‘but you’ve been together for so many years, you can’t throw that away.’ It took me some time, but I’ve realized that although sometimes there is a compromise in relationships, no one should ever have to miss out on being their authentic self or be able to be fully expressive, no matter how much time they’ve invested in a relationship.

When something has run its course, we all intuitively know, and sometimes to allow ourselves to be honest and authentic and become the person we were always meant to be, it means saying goodbye to someone or some part of your life that isn’t working, no matter how much you care for them and no matter how painful it feels at the time. 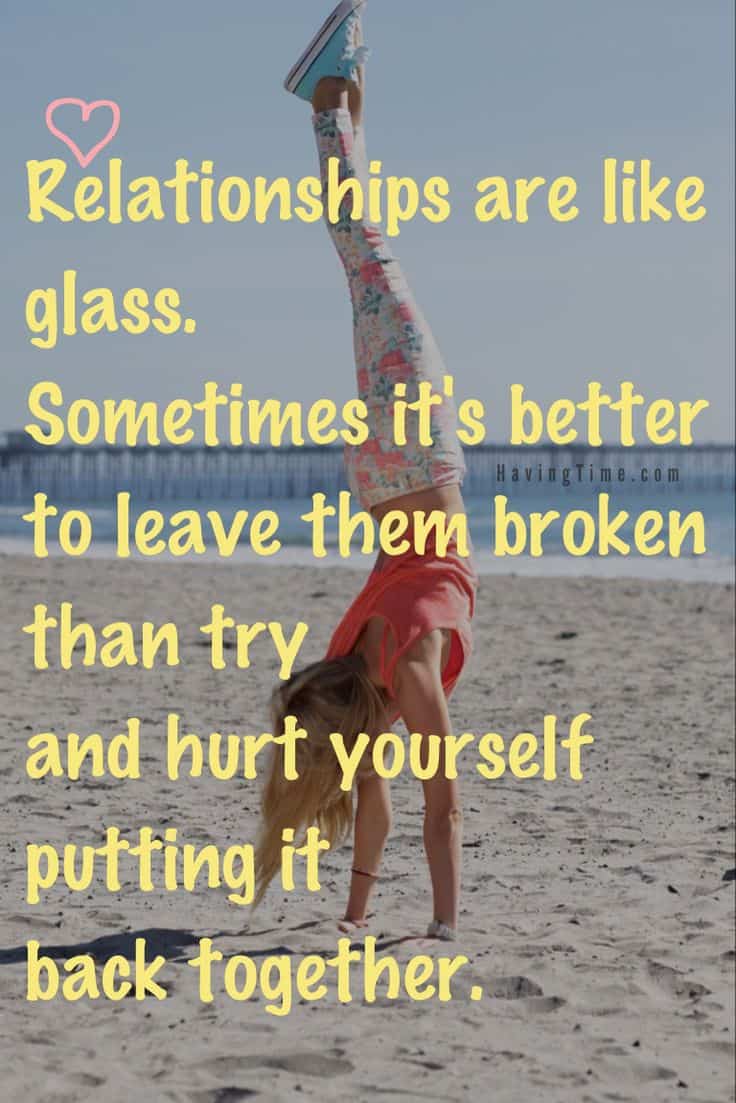 When It’s Time to Move On…

Having had a chance to reflect on my last relationship, I have realized that I was the one doing all the carrying. I was the one trying to struggle through for both of us, and I was the one making myself miserable, but I was choosing to do that.

I wanted to ensure my partner at the time would be ok, after all, he hadn’t been violent towards to me, he’d never really done anything that terrible, he just wasn’t in a good place in his life and would sometimes make me feel bad about mine. And while I could have carried on pretending that things were ok and stayed, I knew that it was me that was one of the things that were damaging his chance of true happiness, even if he couldn’t see that for himself.

A broken heart whilst you’re still in a relationship is one of the most painful things of all I think, because you’re still deep in with that person, trying to pick up the pieces, and you’re confused about whether it’s all worth salvaging, but you can’t actually breathe or feel into what’s really going on for you, and it becomes tough to define which are your struggles and which are theirs.

Eckhart Tolle said “Relationships do not cause pain and unhappiness. They bring out the pain and unhappiness that is already in you, ” and this was something that I profoundly identified with. I wasn’t necessarily completely unhappy with my partner because he was a great friend of mine, although I don’t think we were adding any value to each other’s lives at the time, I WAS deeply unhappy within myself.

Life had completely lost its beauty and meaning for me, and rather than drag my other half through my reorganization and suffering with me; I felt it best to liberate him and let him go and find his happiness.

Having the courage to end something that you know you need to finish isn’t easy, but it comes with the realization that you no longer have to carry everyone else’s problems. You don’t have to shoulder other people’s responsibilities.
So if you’re someone who has been doing that throughout your life, stop and take a moment and see where that has manifested in your body.

Do you suffer from neck and shoulder tension from that heavy burden? Do you get recurrent sore throats and a tight jaw from never articulating what you want to say? Do you get frequent stomach problems from ignoring your intuition?
If you answered yes, it’s time to start listening to a little closer to those signals. Because that’s where your meaning and knowing if something is the right decision begins – inside your body. You can feel it; you just have to trust yourself and start believing in yourself enough to act on it. And ask yourself that question. How committed are you?

Deep down, how far-reaching is your commitment to this person or this situation?

When all is said and done, this is your life, and it’s too short to be wasted trying to make someone else happy or stay with someone because you feel it’s what you ‘should’ do.