How to Save Yourself From Drowning in Other People’s Expectations

In the last few years, we have heard the term Highly Sensitive Person (HSP) more and more in popular culture. An estimated 1 in 5 people have the SPS (Sensory Processing Sensitivity) trait, which is the scientific term behind the more colloquial term Highly Sensitive Person, popularized by Dr. Elaine Aron’s groundbreaking book of the same name. If you have the SPS trait and are an HSP, you are hardwired to notice subtleties that other people miss. You are also highly tuned in to other people’s emotions, moods and expectations.

Like other HSPs, I am often hyper-aware of other people’s feelings. At times when I am not grounded in my own experience or caught up in people-pleasing, this can also mean being hyper-aware of their expectations. In the past, this has suggested that my personal goals have sometimes fallen by the wayside and others’ expectations of me have taken precedence over my expectations for myself.

But in the last few years, I have discovered a framework that can help both HSPs and non-HSPs alike if they face this same tussle in making themselves a priority. This framework comes from New York Times Bestselling author Gretchen Rubin’s book The Four Tendencies, and it has been a game changer in my life.

Understanding That Not Everyone Responds to Expectations, in the Same Way, Can Help Highly Sensitive People Prioritize Their Own Goals and Dreams.

In The Four Tendencies, Rubin talks about how different people respond differently to inner and outer expectations. She first tells us how the seed of this book was planted in a conversation she once had with a friend:

“As I bit into my cheeseburger and my friend picked at her salad, she made a comment that would occupy my mind for years. In an offhand way, she mentioned, “I want to get myself in the habit of running, but I can’t, and it bothers me.” Then she added, in a crucial observation, “When I was on the high school track team, I never missed track practice, so why can’t I go running now?”

“Well, you know, it’s so hard to make time for ourselves.”

While Rubin and her friend soon shifted to other topics, long after this meeting, she couldn’t stop thinking about this exchange. Why was it that it had been easy for her friend to go running in the past? What had changed? Was it her age, her motivation, her family situation, something else?

What was the difference between them? Was it just people-pleasing or something else?

People are Different in the Ways they Respond to Inner and Outer Expectations.

As Rubin explored these questions over the next several years, she also started asking exploratory questions to readers of her popular website. Strangely enough, soon, people had divided themselves quite naturally into four distinct groups. Each one of these groups had people who gave eerily similar answers.

When she asked, for example, “How do you feel about New Year resolutions?,” a subset of people gave this same response: “I’ll keep a resolution if it’s useful, but I won’t start on New Year’s Day, because January 1 is an arbitrary date.” Rubin was intrigued as one person after another used the same word “arbitrary” to describe their feelings about resolutions.

The arbitrariness of the January 1 date had never bothered her.

In the same way, another subset of people all answered in almost-perfect unison: “I never make resolutions because I don’t like to bind myself.” The third group said they had given up making New Year’s resolutions altogether because just like Rubin’s friend, they could never make time for themselves.”

After many such similar interactions on her blog and experiments with many different questions, Rubin had her a-ha moment. These four distinct groups responded in four separate ways to outer and inner expectations.

Rubin found that people fell into one of these four personality profiles or tendencies:

2. Questioners questioned all expectations at first. They only met an expectation they believed was justified. So, in effect, they had to make even outer expectations into inner expectations before they complied with it. These were the ones concerned about the arbitrariness of the January 1 date.

3. Obligers met outer obligations easily but struggled to meet their expectations. This was, of course, Rubin’s friend’s tendency.

4. Rebels resisted both outer and inner expectations. They valued freedom and being able to decide in the moment what exactly they wanted to do.

As a Highly Sensitive Person, Understanding That I Was an Obliger Helped Me Write My First Book.

As you might have guessed, I am an Obliger. It’s the largest tendency, with Questioners coming in next. Relatively few people are Upholders or Rebels. Every tendency, Rubin emphasizes, has successful and unsuccessful people. Each has its pros and cons. For example, while questioning is useful in many situations, endlessly questioning your doctor and not taking your medicine if you are not convinced will most likely harm you.

For Obligers, outer accountability is crucial. We have to convert even inner expectations into outer expectations so that we can prioritize them. When I reflected, I realized that I had been consistently productive creatively whenever I had been part of a writing workshop. I always did my assignments. I showed up on time. I rarely missed a class.

I was expected to write, and I did.

But left on my own, it was harder to be this consistently productive, and other people’s agendas seemed to become the priority for me. I also had weak boundaries, so I was often running around fixing other people when I hadn’t channeled my energies in a structured way.

When I first learned about this framework, I had already taken many steps forward in my writing journey. I had already started my blog about Highly Sensitive People and their gifts and challenges. I was already doing guest blogging and getting feedback from readers who often also emailed me when something spoke to them.

Writing a book was the next step.

Now, as I slowly internalized this new knowledge, I decided that instead of continuing to think that I “should” be able to motivate myself on my own (something Upholders find easy to do), I needed to tweak the process according to who I was. I needed outer accountability. I would benefit from having a writing coach. A coach could help keep me on track as I worked to complete my book, a project that was already feeling overwhelming and new.

So, I did just that. I hired a writing coach. It turned out to be one of the best decisions I have ever made.

By not “shoulding” and “shaming” myself for what is a natural part of my being, I have finally done what I always wanted to do.

My book The Empath’s Journey came out on Amazon recently. It combines my personal experiences as an HSP and emotional empath with insights from different psychological theories and the works of Carl Jung, Jeremy Taylor, Erich Fromm, and many others. I hope that this book will be a believing mirror for HSPs and empaths and also provide practical insights.

With my writing coach holding me accountable, I went through numerous drafts of the book. It became front and center in my life as I chipped away at it bit by bit. 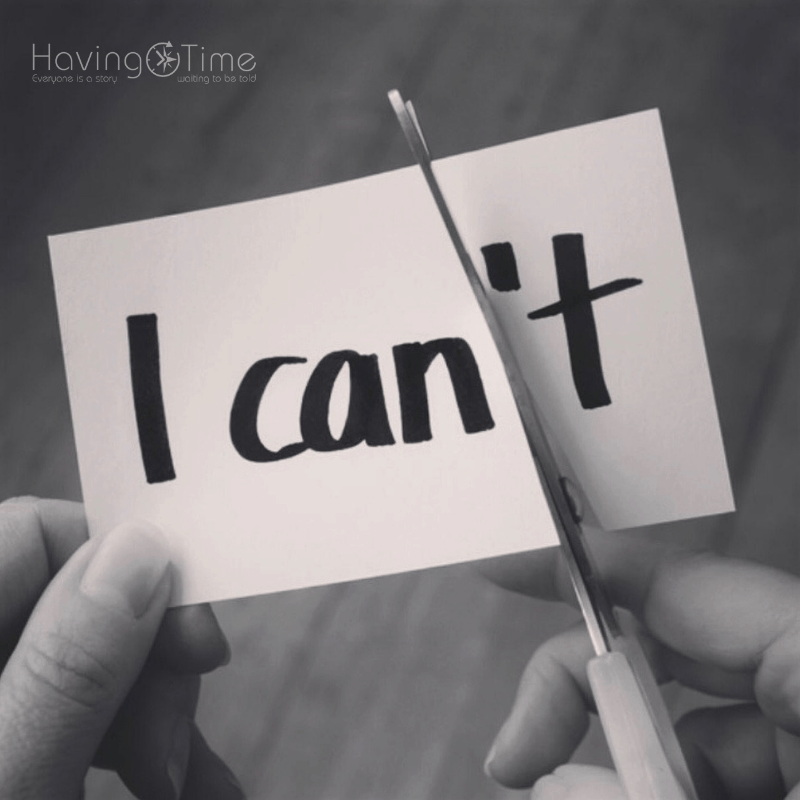 In the end, I showed myself that I did have what it takes to finish an enormous project (it’s almost 90,000 words).

I had dreamed about it forever. But now, I had done it!

This process showed me that honoring what’s inside me is what helps me make progress. Gretchen Rubin’s work became the last missing piece in reclaiming my voice as an artist.

Instead of comparing ourselves to people who are innately different from us and who have different strengths and weaknesses, going with the flow of our nature is the key. Whether you are an Obliger or another tendency, being aware of the strengths and weaknesses of your style and how it interacts with your larger context can help you make progress.

For me, understanding that I am an Obliger has been a game-changer as an HSP and emotional empath. It has given me another tool to bring my energy back to myself.

How might this framework help you? What old, misshapen beliefs can you shatter with its help?