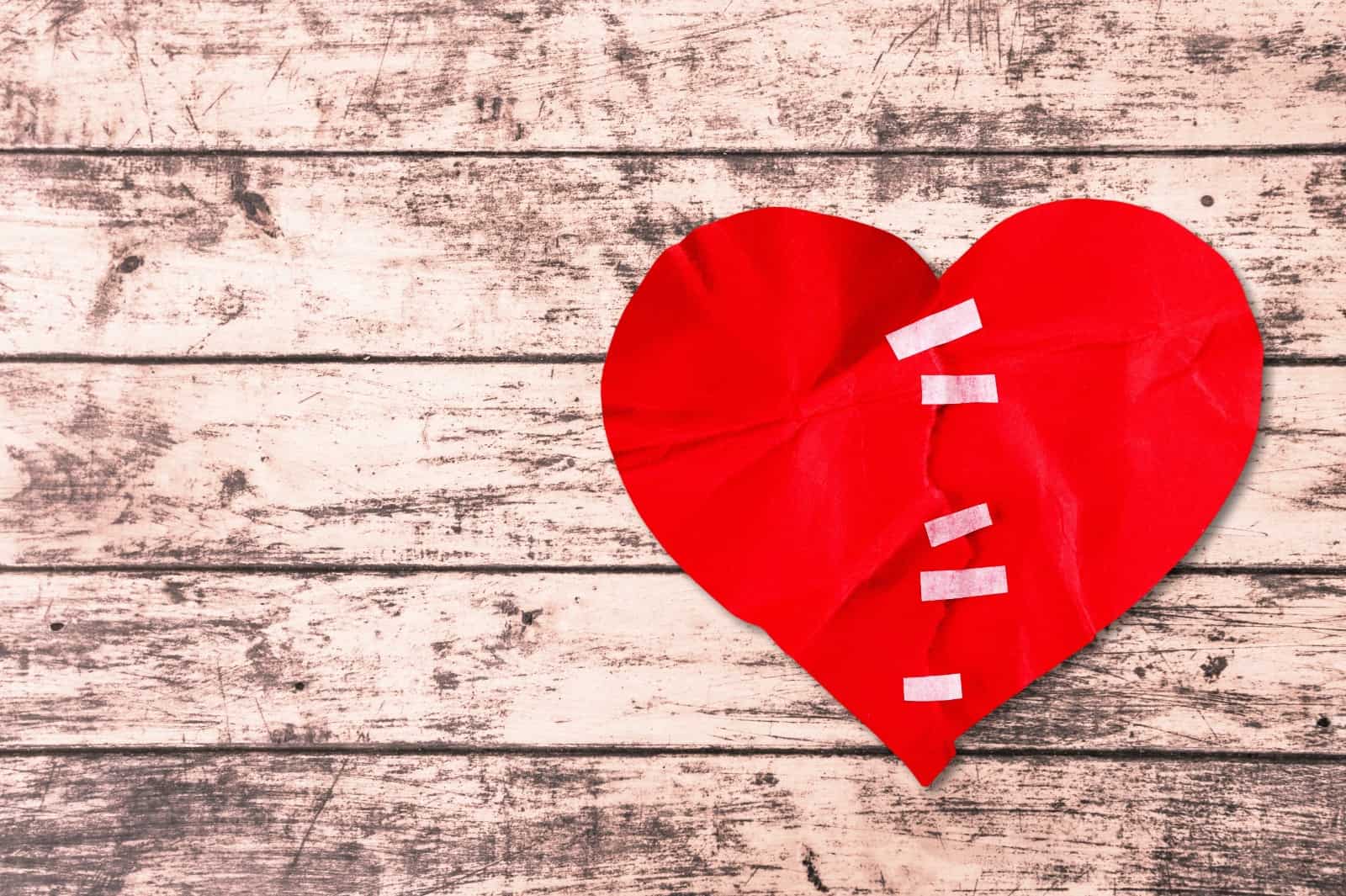 If you are suffering in silence being locked in a miserable, terrible relationship –– LEAVE. People change, feelings change, relationships change, and sometimes you have to face the music and know when enough is enough and walk away.

“The only thing more unthinkable than leaving was staying; the only thing more impossible than staying was leaving. I didn’t want to destroy anything or anybody. I just wanted to slip quietly out the back door, without causing any fuss or consequences, and then not stop running until I reached Greenland.” ― Elizabeth Gilbert

Why people stay in a terrible relationship?

You’ve been drifting apart for a while, and it’s hard not to notice the gaping chasm between you and your partner right at your feet. Be honest with yourself. You both have been feeling this overwhelming distance growing further each day.

Both of you are in a tough spot emotionally. Have been for a long time. You might be functioning, married couple. To everyone else you are *** & *** but at home, you just haven’t been anything more than two grown-ups living together under the same roof for a long time. You rarely see each other because of busy schedules and work. You are never intimate anymore. Hell, you don’t chat. You don’t goof about. You share no interests anymore and you feel as lonely and isolated as you’ve ever been in your whole life.

Apathy sets in. You don’t even care for arguing about which IKEA decorative cushion would look good in your living room. You and your partner are more like roommates, cohabitating, yet barely tolerating each other. Sure. You had that serious talk and perhaps agreed more than once that things aren’t working out between you two. One of you probably even suggested giving counseling a go and try to ‘fix things’ and hold your life together with just one more bobby pin ignoring the obvious.

And then, when you realize that certain things in relationships cannot be fixed no matter how hard you try, eventually it will dawn on you that you are going through the motions and are mutually unhappy 24/7. Well, at that point it is easy to put an end to this misery and finally call it a day, right? Wrong. But why?

Many people habitually agree that we stay in terrible relationships that aren’t working because it’s “comfortable.” But let’s take a closer look with a torchlight pointed at this issue. There’s absolutely NOTHING comfortable about being in a relationship that makes you unhappy, that isn’t right for you anymore.

Indeed, it is about as comfortable as that irritatingly annoying tag in the back of your sweater that makes you itch uncontrollably. But no, there you go again insisting on putting that sweater back on, even though it makes you miserable throughout the day and your entire life as you keep on holding on to it!

At some point, you might try cutting away at that irritating tag, but the uncomfortable truth is that some tags, no matter how much you cut out of them, will still irritate the living hell out of you. It’s one of those things when you can’t see it anymore yet it’s there, and you know it, you still feel it on your skin.

You know what happens next. You put that sweater back on only to take it off in the next 10 minutes to put something else instead because you can’t take that irritation anymore.

And then, it becomes clear that you have to do something about that darn sweater; you know it makes no sense to keep it if you are not going to wear it. But lo and behold, then you feel guilty. You feel guilty because you spent good money on it. It seems silly to discard something away after you’ve invested in (sank cost fallacy). You bargain with yourself to keep it a little while longer. Longer than you should in fact. And then, as if hit by a bag filled with bricks, you come to accept that you won’t wear that irritating sweater and will have to say goodbye to it and give it to goodwill.

If Guilt is the Name of the Poison you Drink…

Above all the reasons for staying in an unhappy, miserable relationship, guilt ranks up there with the absolute worst. I’ve seen it ruin the lives of my loved ones way too many times and let me be completely honest with you, havingtimers, it is a disastrous thing to stay in a relationship just because you feel guilty for leaving it.

Before getting all too wrapped up in the suffocating blankets of guilt, let’s see things for what they are. Let’s see just how selfish it is to deliberately choose to stay in an unhappy relationship that makes both parties miserable, and how hurtful it is to the person to whom you are just unable to give the love that they need and deserve.

If guilt is the name of the poison you drink, then okay, how about FEELING EVEN MORE GUILTY about depriving each other of the joy, love, and happiness we both deserve instead of the fact that we unable to offer those things to one another?!

“For most people to settle on being unhappy in a safe yet unsatisfying relationship is easier than to leave – the fear of change and the fear of “will I will be ‘ok’”  literally outweighs our ability to love ourselves enough to move on and try again. Fear of the unknown is fear of change and the what if’s. There was a study carried out in hospices, and the question asked to people who were dying if they could change anything in life what would it be – to live better, to be happier & to work less. Most children are not scared of anything though when we are adults significant changes scare us so badly we would rather be unhappy and stuck in a miserable relationship than alone and happy.

Aren’t we supposed to be more afraid of what we are missing out on by staying in a miserable situation when we know it is time to set ourselves free? What if that someone, who is right for us will never be able to meet us because we choose to stay a bit longer in a situation that no longer serves us.

Consciously deciding to set yourself free is better than sitting and waiting until you are ejected out of a flying plane back into the world when you least expect it.

When we are contemplating a relationship, it could be a good place for germinating 1000+ doubts. They creep up on you when you feel sure about making a decision, and then you hear the warm whisper in your ear that sends the chills down your spine:

An exciting and inspiring future awaits you beyond the noise in your mind, beyond the guilt, doubt, fear, shame, insecurity and heaviness of the past you carry around. – Debbie Ford

Rain or Sunshine am Settling. End of Story

One of the saddest reason of all for staying in an unhappy relationship is settling. It happens when we unconsciously decide to settle for less than what we need, want or deserve; no,  we are not giving up on the other person and their ability to satisfy our needs. We are entirely giving up on ourselves. It’s so easy to fool ourselves into thinking that we will be okay with accepting less, and yet, lo and behold, doing so starts the dirt slide down of our entire life.

The subtle harm inflicted when settling is not just ours to soldier through, it also hurts the partner we are currently in a relationship with. We are robbing them of the opportunities to find the love they need (that we are unable to give), effectively forcing them to settle for less than they deserve, whether they want or aware of it or not.

Yes, it takes courage to stop and look within and feel worthy enough of asking for something more for ourselves, for something we need, want, and deserve. And it takes a truly selfless person to set each other free knowing that your partner deserves more than what you know you are willing and able to offer. With that said, if being “selfish” for yourself is challenging, then give a shot to being selfless.

“If you’re fighting all the time, or you don’t trust each other, or one of you is cheating, or if you’re just not happy— stop playing games with yourself and end it. Stop trying to fix something that is fundamentally broken and spent your time learning how to love yourself. If you stay in a relationship that makes you miserable the problem isn’t the person who makes you miserable it’s the you. You keep choosing this broken relationship, over choosing yourself.

If you think you’ll be alone forever or you won’t find someone better, you’re wrong. You deserve to be happy. And the moment you make it a priority by ending this, it will start to happen. It’s not going to be easy to end it. But within 24 hours you’ll feel better and your life will change directions”. – Mel Robbins

READ NEXT: How to Reprogram Your Mind for Stronger Relationships